ER Editor: This story also got picked up by Almaydeen.net. See Kiev hints may do something to Hungarian Oil Pipeline. The pipeline in question is shown below. One wonders, of course, if this threat has been issued by the EU / Washington deep state.

Orban just invoked emergency powers in his country. Was he anticipating this kind of nonsense from Ukraine? 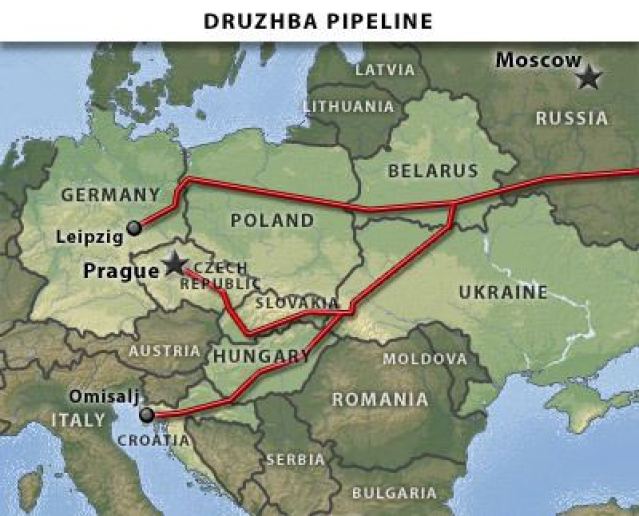 Ukraine has “a wonderful lever of pressure” on Hungary via the Druzhba – which translates to ‘Friendship’ – oil pipeline, Ukrainian energy minister adviser Lana Zerkal claimed on Thursday.

Speaking during an online discussion at the Kiev Security Forum, Zerkal criticized the policy of the Hungarian government, which is blocking a sixth round of EU sanctions, one which would ban Russian oil. The Western countries have been imposing harsh restrictions since late February, when Moscow launched its military attack on Ukraine.

In Zerkal’s opinion, Hungary is using the Russian military offensive as an instrument to achieve its own goals and thinks that now it “can demand anything” from the EU.

“Ukraine has a wonderful lever of pressure in its hands – it’s the Druzhba oil pipeline,” Zerkal said, adding that “something could happen” with Hungary’s separate line of Druzhba.

“And, in my opinion, it would be very appropriate if something happened to it. But, again, it is in the hands of the government and the president to make decisions on political issues, to decide if we really want to talk to [Hungarian President Viktor] Orban in a language that he understands and that he imposes on the EU, or if we are not ready for that yet,” Zerkal stressed.

Zerkal later took to Facebook to clarify “her humble opinion” that “caused a diplomatic scandal,” saying “facts are a stubborn thing.”

“But, to calm the situation, it is worth specifying that the official position of the Ministry of Energy of Ukraine on this matter is unchanged. Ukraine is a reliable transporter of energy carriers to Europe,” she stressed.

While Zerkal’s words have already started to spread through Hungarian media, Budapest is yet to comment on the issue.

In a letter to European Council President Charles Michel, seen by the Financial Times, Orban reportedly told the EU that a bloc-wide ban on Russian oil would cause serious problems for his country’s economy and thus “urgent investments” from Brussels were needed.

Hungary is almost entirely dependent on Russia for its gas imports and relies on Moscow for more than half of its imported oil. The country gets 65% of its oil through the Druzhba pipeline from Russia. Addressing possible sanctions against Russia’s oil, Hungarian Foreign Minister Peter Szijjarto previously said that Budapest would back a ban on maritime shipments, but not on deliveries through pipelines.

Despite the lack of consensus within the EU, German Economy Minister Robert Habeck said on Monday that the bloc’s 27 member states “will reach a breakthrough within days” on an embargo. Any decision on EU sanctions must be made unanimously.

Ukraine has been consistently calling on the European countries to stop buying Russian energy resources, claiming that by doing so they are financing Moscow’s military offensive.

Russian President Vladimir Putin has accused European leaders of committing economic “suicide” by attempting to give up Russian energy. 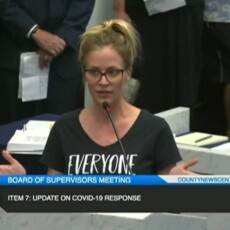 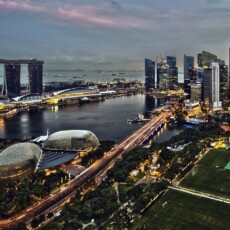