ER Editor: As Ukraine is known to be a notoriously corrupt country, we are left to ask ‘why this, why now?’

And there seems to be similar things happening in Taiwan and Kuwait. This from the South China Morning Post, where the Taiwanese Premier and his entire team have stepped down:

Taiwan is reportedly similar to Ukraine in the role it plays for housing the western Deep State.

Speaking of which, Kevin McCarthy, reportedly on a very tight rein, is due to visit Taiwan later this year: Pentagon Planning GOP House Speaker McCarthy Visit To Taiwan This Spring

And a micro report from The Saudi Gazette:

Rumours are swirling around Biden falling, as multiple instances of documents have been found at his residence. And now it’s Pence’s turn for those document discoveries.

There would appear to be something afoot.

The Ukrainian government on Tuesday confirmed the resignation of multiple high ranking officials amid large-scale corruption allegations, in what’s being called the biggest mass resignation and graft scandal since the Russian invasion began.

Some dozen officials have quit their posts after a huge political shake-up over allegations and probes into cases ranging from bribery, to mismanagement of aid funds for purchasing food, to embezzlement, to driving expensive cars while common people suffer under wartime conditions.

A top presidential adviser and four deputy ministers – among these two defense officials, along with five regional governors were forced out of their posts. And among the regional governors to step down included officials overseeing regions which have seen intense fighting, including the Zaporizhzhia and Kherson regions, where Russian forces have lately reported gains. (ER: ‘Gains’? These regions HELD A VOTE in which residents overwhelmingly voted to join Russia.)

In reference to the announcement by a senior government official, Oleg Nemchinov, international reports detail the following list:

And separately, “the defense ministry had earlier announced the resignation of deputy minister Vyacheslav Shapovalov, who was in charge of the army’s logistical support, on the heels of accusations it was signing food contracts at inflated prices.”

In this case regarding the food contracts, Shapovalov is accused of signing a deal with an unknown, shady firm. In his role as deputy defense minister, his is the most notable and visible resignation. Crucially he would have had no small part in overseeing the billions of dollars flowing from the pockets of US and European taxpayers as authorized defense aid.

He purchased military rations at inflated prices in what appears a scheme to line the pockets of contractors, and potentially involving kickbacks to himself.

While the defense ministry is still trying to downplay it as a “technical error” – Politico reviews of the details to the scandal:

An exposé from the Ukrainian news website ZN.UA revealed last week that the defense ministry purchased overpriced food supplies for its troops. For instance, the ministry bought eggs at 17 hryvnias per piece, while the average price of an egg in Kyiv is around 7 hryvnias. According to ZN.UA, a contract for food procurement for soldiers in 2023 amounted to 13.16 billion hryvnias (€328 million).

This is two to three times higher than current rates for such food items, reports say. Shapovalov’s resignation letter indicated he’s stepping down so as “not to pose a threat to the stable supply of the Armed Forces of Ukraine as a result of a campaign of accusations related to the purchase of food services.”

There’s also deputy head of the Zelensky administration Kyrylo Tymoshenko, who stands accused ofliving a lavish wartime lifestyle. Many current mainstream media reports on Tuesday are burying some of the key verified details. For example, BBC writes simply that “Tymoshenko was implicated in several scandals during his tenure, including in October last year when he was accused of using a car donated to Ukraine for humanitarian purposes.”

But starting in early December local Ukrainian outlets, angered at the posh lifestyle of Ukrainian leaders at a moment tens of millions are without power amid Russian aerial bombardment of the nation’s power grid, began confirming that Tymoshenko drove high-end sports cars in and out of the capital, to and from mansions which typically range in cost from $10,000 to $25,000 per month.

Below are photos published by The New Voice of Ukraine, republished in Yahoo News, in early December of last year, showing Tymoshenko frequently behind the wheel of a shiny new Porsche Taycan…

One outlet published a photo series entitled Not the “martial law” of Kyrylo Tymoshenko, deputy head of Ukraine’s Office of the President

US taxpayer dollars at work in Ukraine…

As another example of Western MSM seeking to downplay or soften this latest wave of graft-related forced resignations, the AFP writes, “Ukraine has long suffered endemic corruption, including among the political elite, but efforts to stamp out graft have been overshadowed by Moscow’s full-scale war that began in February.” And yet officials like Tymoshenko were spotted around Kiev and oligarchs’ neighborhoods driving luxury sports cars for months throughout the war.

Additionally, there’s this laughable and embarrassing line out of the AFP report: “Kyiv’s Western allies, who have allocated billions of dollars in financial and military support, have been pushing for anti-corruption reforms for years, sometimes as a precondition for aid.”

From a government supposedly “pushing anti-corruption reforms for years” to over $100 billion in US defense and foreign aid being pledged to Kiev’s coffers over the past year… to now this from within the heart of the Zelensky administration:

Kyrylo Tymoshenko, deputy head of the office of the president of Ukraine, confirms he submitted his resignation to Zelensky. In his IG post he thanks Ze for “the opportunity to do good deeds every minute of every day,” and many others including his family and Ukrainian officials. pic.twitter.com/AwAiH8txMb

It doesn’t stop at posh and expensive cars, but the controversy has even extended to luxury vacations abroad as Ukrainians suffer the deprivations of war at home. “The departure of Symonenko, a deputy prosecutor general, comes after media reports that he spent a holiday in Spain this winter, reportedly using a car belonging to a Ukrainian businessman.” The government has as a result now reportedly barred top officials from vacationing abroad as a result of the scandal.

Just prior to the wave of resignations, another official named Vasyl Lozynskiy was accused of receiving bribes to “facilitate” the purchase of generators at greatly hiked-up prices. Crucially, Lozynskiy as Deputy Minister of Infrastructure and Communities Development would have also been directly involved in overseeing how billions of dollars in Western humanitarian and infrastructure assistance gets doled out.

Commenting on this, mainstream media is now belatedly acknowledging a fact that’s long been well-known, but which would get a person ‘canceled’ in public discourse if they dared pointed it out:

“Transparency International ranked Ukraine 122 out of 180 in its corruption ranking for 2021,” the AFP now writes (the second most corrupt in Europe, with Russia the most at 136.)

And now Ukraine’s Defense Minister Oleksii Reznikov is under scrutiny related to the growing probe and scandal. Meanwhile, as news of the widening scandal hits world headlines…

Addressing a Chambers of Commerce meeting in Boca Raton today, Zelensky thanks BlackRock, JP Morgan, Goldman Sachs, and others for their support of Ukraine. Adds that sending Ukraine heavier weapons, like Abrams tanks, represents a “big business” opportunity for US corporations pic.twitter.com/N1h8OVECLt 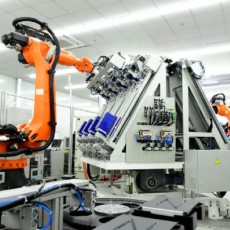 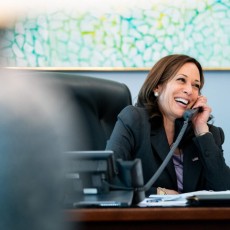 Kamala Explains It All: ‘Ukraine Is A Country’