“On Oct. 15, 2020, former Mexican Secretary of National Defense General Salvador Cienfuegos Zepeda was arrested in Los Angeles, California, on U.S. charges of conspiracy to manufacture, import, and distribute narcotics into the United States and money laundering.

“The Mexican Fiscalía General de la República, upon learning of the arrest and U.S. charges against General Cienfuegos, opened its own investigation.

“In recognition of the strong law enforcement partnership between Mexico and the United States, and in the interests of demonstrating our united front against all forms of criminality, the U.S. Department of Justice has made the decision to seek dismissal of the U.S. criminal charges against former Secretary Cienfuegos, so that he may be investigated and, if appropriate, charged, under Mexican law.

“At the request of the Fiscalía General de la República, the U.S. Department of Justice, under the Treaty that governs the sharing of evidence, has provided Mexico evidence in this case and commits to continued cooperation, within that framework, to support the investigation by Mexican authorities.

“Our two countries remain committed to cooperation on this matter, as well as all our bilateral law enforcement cooperation. As the decision today reflects, we are stronger when we work together and respect the sovereignty of our nations and their institutions. This close partnership increases the security of the citizens of both our countries.” 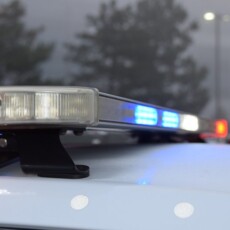 Woman Killed Before Being Dumped On The Side Of Georgia Interstate Sunday, Police Say