An announcement today from the U.S. District of Connecticut John Durham is a little perplexing.  According to the announcement USAO John Durham is resigning from office effective February 28.   However, there is no information about his prior appointment as special counsel to review the DOJ and FBI conduct in the Trump investigation.

“My career has been as fulfilling as I could ever have imagined when I graduated from law school way back in 1975,” said U.S. Attorney Durham.  “Much of that fulfillment has come from all the people with whom I’ve been blessed to share this workplace, and in our partner law enforcement agencies.  My love and respect for this Office and the vitally important work done here have never diminished.  It has been a tremendous honor to serve as U.S. Attorney, and as a career prosecutor before that, and I will sorely miss it.”

“The Office will be in the extraordinarily capable hands of Len and our superb supervisory team who, together, guarantee that the proper administration of justice will continue uninterrupted in our District.”

Mr. Boyle is the 53rd U.S. Attorney for the District of Connecticut, an office that was established in 1789.

The U.S. Attorney’s Office is charged with enforcing federal criminal laws in Connecticut and representing the federal government in civil litigation.  The Office is composed of approximately 68 Assistant U.S. Attorneys and approximately 54 staff members at offices in New Haven, Hartford and Bridgeport.  (LINK)

Former U.S. Attorney General Bill Barr appointed John Durham as a special counsel on October 19, 2020, and did not tell anyone until after the November election. [LINK]

On December 1, 2020, the Attorney General notified congress in a letter: 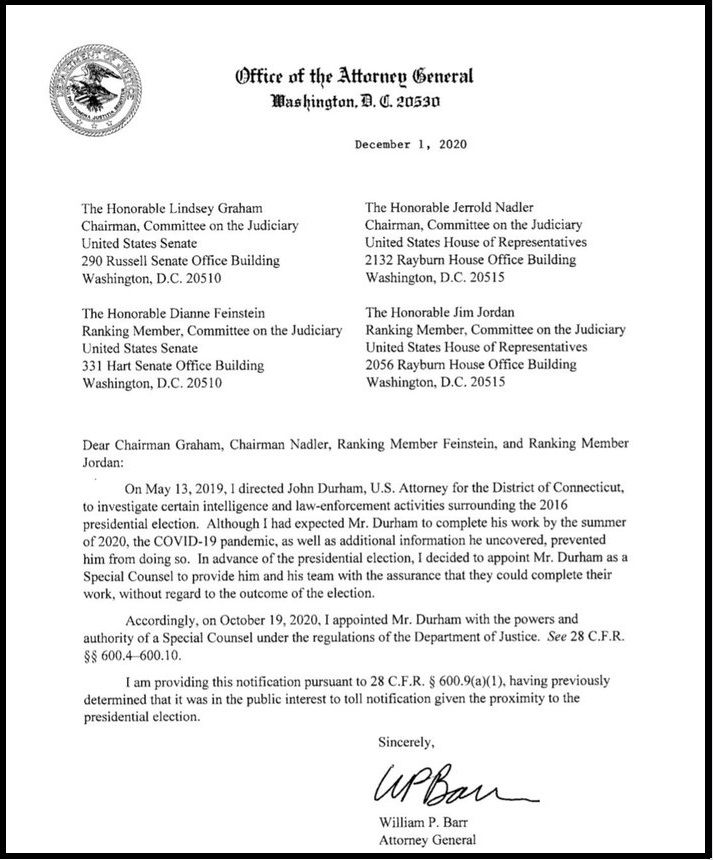 However, here’s the issue… under DOJ regulations [28 cfr 600]  a special counsel must come from “outside government“; so did John Durham resign his position prior to the appointment, or has Bill Barr just given the appearance of a special counsel appointment while knowing the legal validity of it will collapse upon challenge?

§ 600.3 Qualifications of the Special Counsel.

Obviously Bill Barr is not stupid, he would know the regulations he cites would require the special counsel to come from “outside the U.S. government”, so what gives?

Did Durham resign to fulfill the statutory requirements of the special counsel?  Was everything prior to now just the review and investigative phase, and now that decisions must be made Durham needs to be “outside the United States Government”?

Or is this all just an optical pantomime and the entire Durham investigation is concluded with nothing coming from it? 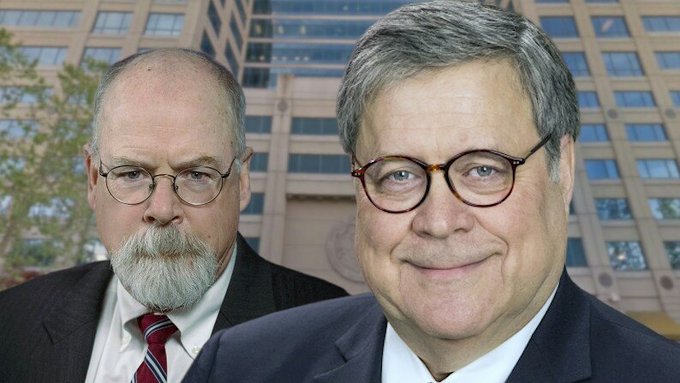 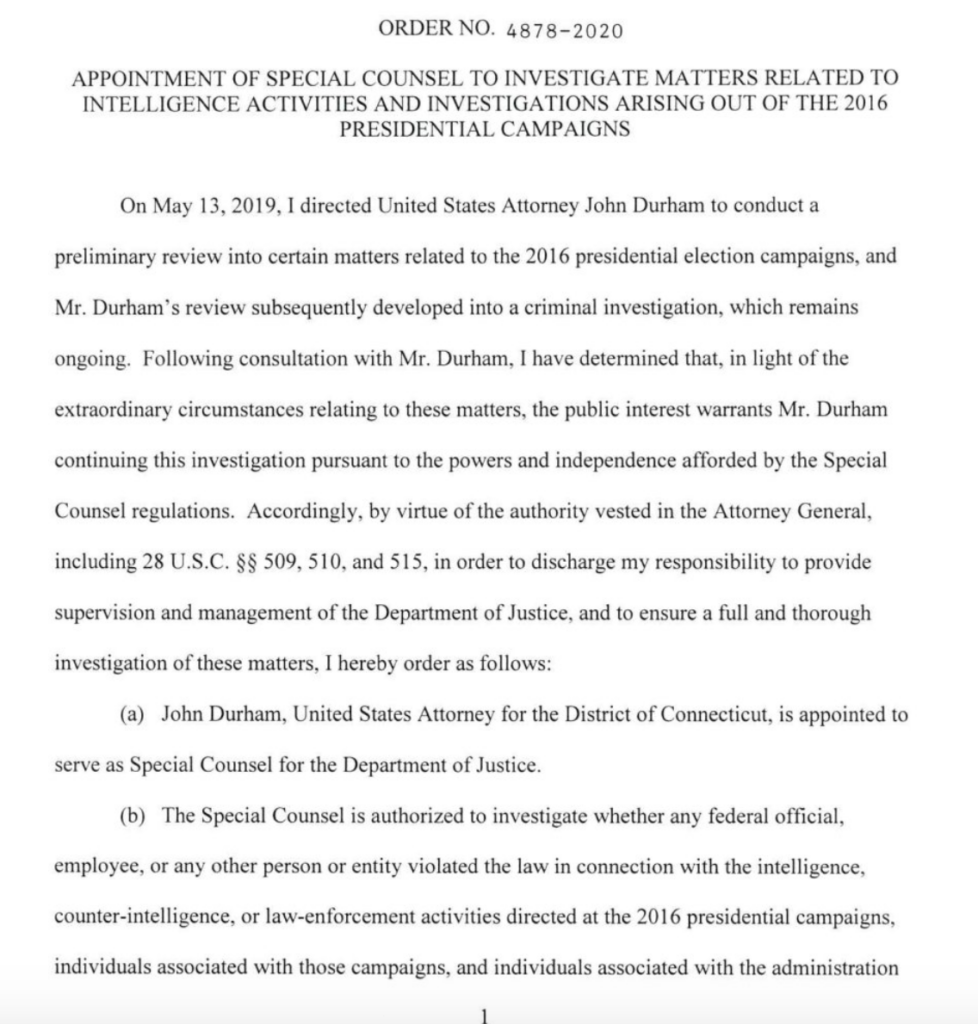 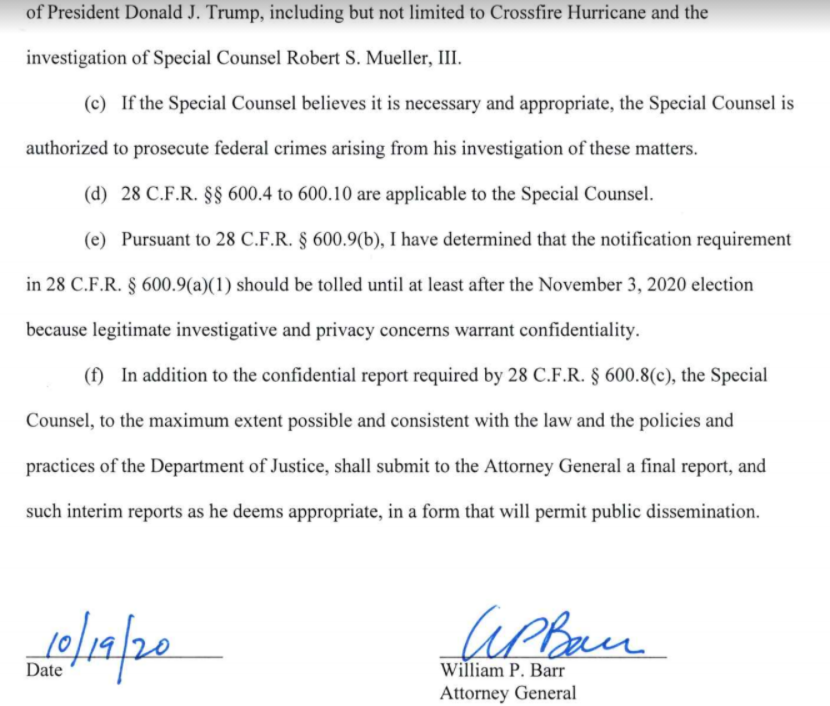 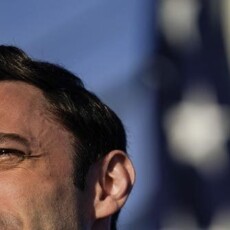 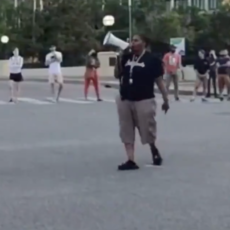