Some of the most astute researchers online have all come to one conclusion, our brains are to be microchipped.

On January 19, 2023 at this years World Economic Forum in Davos, Nita Farahany of Duke University explained exactly how the the brain interface will work, through frequencies.

Farahany explains; “So you have recognition memory signals that are preconscious and subconscious. And this is part of why it’s been used by governments to interrogate criminals.” They see us as working seamlessly through our interface with the AI.

Since NWO controlled opponent Dr Grouf is back, let’s see what he is saying. And he says no to Tylenol?

If mangy mutt is turning us away from it, Tylenol must bind to carbon nanotubules!

GO is used to trap antibiotics and Acetaminophen (Tylenol) in waste water, so we know Tylenol will bind to GO. Specifically to the OH- site itself.

GO vs rGO both have OH- groups so yes, Tylenol will bind to both GO and rGO. This WILL break the circuit!

At therapeutic doses, 90 percent of acetaminophen is metabolized in the liver to sulfate and glucuronide conjugates that are then excreted in the urine. One-half of the remaining acetaminophen is excreted unchanged in the urine and one-half is metabolized via the hepatic cytochrome P450 (CYP2E1, CYP1A2, CYP3A4 subfamilies) mixed function oxidase pathway to N-acetyl-p-benzoquinoneimine (NAPQI), which is hepatotoxic. With normal doses (blue arrows), NAPQI is rapidly conjugated to hepatic glutathione, forming nontoxic cysteine and mercaptate compounds that are excreted in the urine. With toxic doses (red arrow), the sulfate and glucuronide pathways become saturated, resulting in an increased fraction of acetaminophen being metabolized by cytochrome P450 enzymes. Once glutathione stores are depleted, NAPQI begins to accumulate and hepatic injury ensues.

In the process of Tylenol metabolism HALF of what it may have bound to gets excreted. So BOTH GO and rGO will leave the body via urination.

The other half goes through a biochemical pathway that helps in the production of GTH!

There are some toxins but we release a lot of GO and rGO this way!

It will definitely help control the inflammation.

It may not entirely break the circuit because you still have the 5G signals. If you could eliminate those signals, then yes, the circuit is done and you can eliminate GO and rGO.

You can achieve elimination of 5G signals with Pink Noise, although we are looking at something more comprehensive.

Shortages of Tylenol now seem suspect. Several pharmacists in my area told me straight up that Tylenol was not being produced because they were in negotiations with our government to have only English language listed, a negotiation tactic.

But they were negotiating with children’s pain relief? Also suspect.

Now they are starting to limit the adults.

They’ve been limiting supplies since the beginning, all the while promoting HCQ, IVM and other front line “remedies”.

NOTE: While the body can eliminate most of the GO and rGO, the liver has become a dumping ground for the excess which may cause liver inflammation. Lemon water and coffee may help to detox the liver. Chelation EDTA therapy or supplements may be beneficial, in that they bind to Graphene Oxide removing it from the body, although further research required. 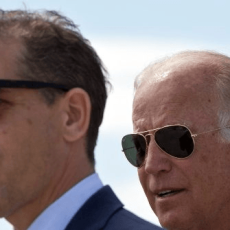 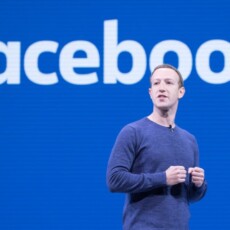 Mike Pence is trending for calling out Justice Roberts!