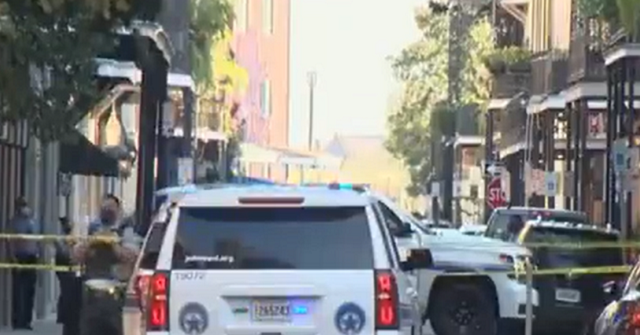 A man riding in a New Orleans pedicab shot a police officer sitting in his patrol vehicle in the French Quarter. The New Orleans Police Superintendent called the shooting an ambush.

A New Orleans police officer is in stable condition with a bullet lodged in his skull after being shot by a man riding in the back of a pedicab, NOLA.com reported. A second officer sustained injuries from flying glass. Police arrested the shooter within minutes.

The shooting took place in the New Orleans French Quarter near St. Philip and Royal Streets around 4:30 p.m. local time. Officers on the scene rushed the officer to the hospital rather than waiting for an ambulance.

The as-yet-unidentified officer is reported to be a four-year veteran of the department. The gunman shot him just under his left eye and the bullet lodged in his skull, the article explains. The officer reportedly walked into the hospital under his own power while holding his cheek, the police superintendent reported.

The second officer sustained minor injuries from flying glass during the shooting.

“Two of our officers were ambushed,” Ferguson told reporters. “This is a dark day.”

Officials report the subject wore a holster and officers found a gun they believed the shooter used to attack the officers. The suspect was reported to be “experiencing some type of medical episode when he was captured,” NOLA.com reported. Officers took him to a hospital to be “evaluated.”

Witnesses say that as the pedicab approached the officers’ location, a man stood up in the rear of the cab and fired “at least five shots into the driver’s side door,” of the patrol vehicle, the article states.

Another witness heard the officer scream, “Oh my God, somebody just took my life!”

A woman who allegedly witnessed the arrest said the man was flailing, screaming, and trying to bite the first responders attempting to load him into an ambulance.

Witnesses to the shooting reportedly guided the responding officers in the direction in which the shooter fled. One man, said to be a retired Army veteran, provided first aid to the wounded officer before he was taken to the hospital.

“Merely driving down the street … can lead to gunfire,” Ferguson said of the dangers faced by police. “These two officers were not responding to a call for service. They were not looking for an armed subject on a pedicab. They were driving around in the French Quarter on routine patrol.” 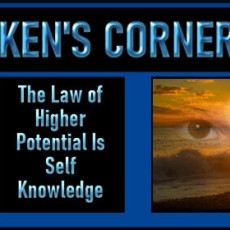 KEN’S CORNER: The law of Higher Potential Is Self Knowledge