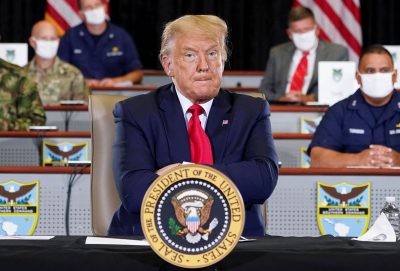 A flurry of them has been expected, and just prior to Christmas, US President Donald Trump waved his wand of pardon with vigour.  On December 22, the president issued fifteen pardons and five commutations.  The choices so far have been, to put it mildly, problematic.

The power to pardon can be found in Article II, Section 2, Clause 1 of the US Constitution, a provision, which states, in part, that the President “shall have Power to grant Reprieves and Pardons for Offences against the United States, except in Cases of Impeachment.”  That most eminent of judicial heads Chief Justice Marshall described a pardon as “an act of grace, proceeding from the power entrusted with the execution of the laws, which exempts the individual, on whom it is bestowed, from the punishment the law inflicts for a crime he has committed.”

Those of curious legal mind will detect the residue of the monarchical prerogative in all of this.  The great synthesising authority of English law, William Blackstone, praised the monarchy for having a distinct advantage: “there is a magistrate, who has it in his power to extend mercy, wherever he thinks it is deserved: holding a court of equity in his own breast, to soften the rigour of the general law, in such criminal cases as merit an exemption from punishment.”  Justifying the mirroring of this power in the US Constitution, Alexander Hamilton’s Federalist 74 argues that, “Humanity and good policy conspire to dictate, that the benign prerogative of pardoning should be as little as possible fettered or embarrassed.”

The Supreme Court has not been blind to the potential abuse of the power, noting in the prohibition case of Ex Parte Grossman that exercising it “to the extent of destroying the deterrent effect of judicial punishment would be to pervert it.”  But Chief Justice William Howard Taft, having himself been a president, thought it unseemly to limit the presidential prerogative.  “Our Constitution confers this discretion on the highest officer in the Nation in confidence that he will not abuse it.”

The quality of mercy in Trump’s decisions has been peculiar and personal.  Jack Goldsmith and Matt Gluck go so far as to claim that “no president in American history comes close to matching Trump’s systematically self-serving use of the pardon power.”  In doing so, the president has also managed to circumvent the 125-year-old Justice Department office of the Pardon Attorney. The pardon attorney acts as sage and counsel in preparing a recommendation on the particular pardon or commutation, conveyed through the Deputy Attorney General.  By July 2020, Trump had made 29 of his 34 pardons without the tempering involvement of the pardon attorney.

Consistent to form, his latest round is heavy with the personal.  There is Alex van der Zwaan, who was charged with one count of making false statements in connection with the investigation of Special Counsel Robert Mueller on possible Russian interference in the 2016 election.  There is George Papadopoulos, also of false statement fame in connection to the Mueller investigation.  “Notably,” goes the White House statement, “Mueller stated in his report that he found no evidence of collusion in connection with Russia’s attempts to interfere in the election.  Nonetheless, the Special Counsel’s team still charged Mr Papadopoulos with the process-related crime.”

Former Republican lawmakers Chris Collins and Duncan Hunter could also count themselves fortunate.  Collins, a firm backer of Trump, pleaded guilty in 2019 to insider trading and was serving a 26-month prison sentence.  Such an offence was never going to trouble Trump too much.  More interesting was his “particular focus on the wellbeing of small businesses, agriculture, and sciences.”  For his part, Hunter was found guilty of one count of misusing campaign funds.  This “could have been handled as a civil case via the Federal Election Commission, according to former FEC Commissioner Bradley Smith.”

By any moral or ethical stretch of the imagination, the most execrable use of the pardon power would have to be those issued for the four security guards of the private military firm Blackwater, convicted for the killing of 14 Iraqi civilians in 2007.  The butchering took place at Baghdad’s Nisour Square, when the contractors deployed sniper fire, machine guns and grenade launchers at a busy traffic circle.  The justification by Nicholas Slatten, Paul Slough, Evan Liberty, and Dustin Heard was crudely predictable: they opened fire only after being ambushed by Iraqi insurgents.  The slain and injured women and children, some with hands in the air as they fled the scene, suggested a different account.

Rather banally, the White House statement praises their record: they were inspired to serve their country; they did so in various capacities in Iraq.  As security contractors tasked with protecting US personnel, they were merely responsible for “the unfortunate deaths and injuries of Iraqi civilians.”  The reputation of the lead Iraqi investigator is also impugned, as he “may have had ties to insurgent groups himself.”

The murderous feats of the four did much to point a finger at how the military security complex had been outsourced to private security firms more concerned with pay packages than the enfeebling irritations of international law.   Their convictions were considered by Paul Dickinson, a legal representative for the Nisour Square families “significant” for showing “that paramilitary contractors who commit crimes abroad can be held accountable for their criminal actions.”

But the lobbyists had been busy bringing out the white wash, making the point that the four were sacrificial lambs for appeasement.  A website dedicated to defending their cause dubbed them “The Biden Four,” who “were sacrificed for politics and convicted by lies.”  Brian Heberlig, lawyer for Slough, was convinced by his brief.  “Paul Slough and his colleagues didn’t deserve to spend one minute in prison.”  Heard’s attorney, David Schertler, babbled on about honour and his client’s “well-deserved freedom.”

Such softening in the rigour of the general law seemed like a grand reversal in jurisprudence.  Hina Shamsi of the American Civil Liberties Union was quick off the mark in condemning the pardons.  The actions of these men had  “caused devastation in Iraq, shame and horror in the United States, and a worldwide scandal.”  As if it was possible, the office of the president had been further degraded.

Marta Hurtado, spokeswoman for the UN Human Rights Office, was more extensive in her criticism.  “Pardoning them contributes to impunity and has the effect of emboldening others to commit such crimes in the future.”  The victims of such egregious human rights violations and violations of humanitarian law also had “the right to a remedy. This includes the right to see perpetrators serve punishments proportionate to the seriousness of their conduct.”  Taft’s confidence in the probity of executive restraint seems comically quaint.

Consideration for the victims was conspicuously absent in Trump’s reasoning.  The Blackwater Pardons are yet another effort on his part to look good with gun toting personnel who served the United States and erred.  In the gesture, a faint electoral message could be detected. 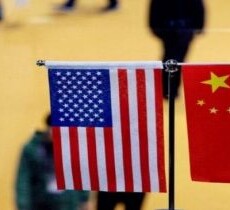