Officials from the Trump administration announced this week that, since June, over 1,000 student visas have been revoked from Chinese nationals who have been found to be associated with programs that support China’s army.

In a statement, the State Department said that “high-risk graduate students and research scholars” had been expelled, after they “were found to be subject to Presidential Proclamation 10043 and therefore ineligible for a visa.”

The proclamation, issued in May and implemented at the beginning of June, assets that China “is engaged in a wide‑ranging and heavily resourced campaign to acquire sensitive United States technologies and intellectual property, in part to bolster the modernization and capability of its military, the People’s Liberation Army.”

The PRC authorities use some Chinese students, mostly post‑graduate students and post-doctorate researchers, to operate as non-traditional collectors of intellectual property.  Thus, students or researchers from the PRC studying or researching beyond the undergraduate level who are or have been associated with the PLA are at high risk of being exploited or co-opted by the PRC authorities and provide particular cause for concern.  In light of the above, I have determined that the entry of certain nationals of the PRC seeking to enter the United States pursuant to an F or J visa to study or conduct research in the United States would be detrimental to the interests of the United States.

The State Department maintained that the revocation of visas “safeguards US national security by limiting the PRC’s ability to leverage Chinese graduate students and researchers in the United States to steal United States technologies, intellectual property, and information to develop advanced military capabilities.”

Meanwhile, Acting Secretary of Homeland Security Chad Wolf said that “China has leveraged every aspect of its country including its economy, its military, and its diplomatic power, demonstrating a rejection of western liberal democracy and continually renewing its commitment to remake the world order in its own authoritarian image.”

The State Department, however, added that those expelled “represent a small subset of the total number of Chinese students and scholars coming to the United States.”

“We continue to welcome legitimate students and scholars from China who do not further the Chinese Communist Party’s goals of military dominance,” it added.

Per data from the Open Doors Report on International Educational Exchange, there are approximately 369,000 Chinese nationals believed to be studying in the United States, although many have experienced a pause in their studies due to the coronavirus pandemic. China has been the “largest source of international students” for a decade now, according to the Institute of International Education.

Beijing has previously said it “resolutely opposes” any attempt by Washington to restrict Chinese students and “strongly condemns any calculated politicization and stigmatization of normal academic exchanges.”

Under President Trump, the U.S. government has cracked down on Chinese espionage, crooked trade practices, and influence over American students.

The New American has previously reported on Confucius Institutes, a program that indoctrinates American students in both universities and K-12 schools with pro-China propaganda. In fact, the institutes are “part of a broader propaganda campaign to which the Chinese government devotes $10 billion yearly.”

As TNA writer Selwyn Duke notes: “China couples this infiltration of academia with that of another culture-shaping entity: entertainment. Through Beijing’s powerful State Administration of Radio, Film and Television (S.A.R.F.T), the regime uses an economic carrot-and-stick approach to try to ensure that our movies present a sanitized version of China. As an example, while the invaders in the 2012 version of the film Red Dawn were originally portrayed as Chinese, MGM studios digitally altered the movie in 2011 to make them appear North Korean — in response to Chinese pressure.”

Add to that the major pouring of Chinese opioids into America, poisoning the nation’s youth, along with the sales of illegal firearms, as seen in the seizure by Customs and Border Protection earlier this year of 11,000 illegal firearms that originated in Shenzen, China.

Given that the Deep State is fomenting a coup as the presidential election draws near and the riots carried out by Black Lives Matter and Antifa have the hallmarks of training from actors experienced in revolutionary activity, Americans can be sure China has a role to play in the unrest sweeping the nation.

In light of that, President Trump is right to take a hardline stance against China and should even consider taking his policies up a notch.

Luis Miguel is a marketer and writer whose journalistic endeavors shed light on the Deep State, the immigration crisis, and the enemies of freedom. Follow his exploits on Facebook, Twitter, Bitchute, and at luisantoniomiguel.com. 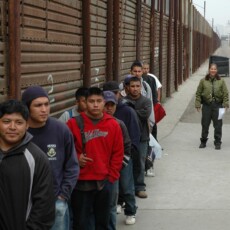 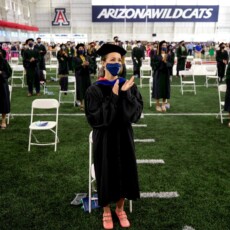 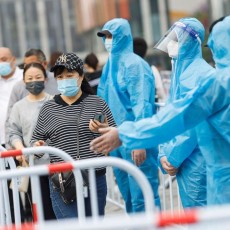