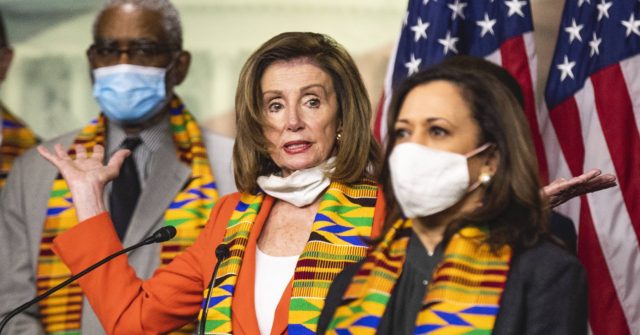 President Donald Trump told conservative talk radio host Rush Limbaugh on Friday that Speaker of the House Nancy Pelosi hopes to use the 25th Amendment to get rid of Joe Biden if he wins the election and replace him with his running mate, Kamala Harris.

Earlier on Friday, Pelosi (D-CA) and Rep. Jamie Raskin (D-MD) introduced a bill to create a “commission” that would evaluate the mental and physical fitness of the president — and initiate a process of removing the president from office, if necessary.

The two Democrats cited the fourth section of the 25th Amendment, which provides that Congress can create a body with the power to replace the president upon “written declaration that the President is unable to discharge the powers and duties of his office.”

During a press briefing Friday, Pelosi insisted that her proposal was “not about Trump,” but would apply to him if he was re-elected, as well as to other, future presidents. “Congress has a constitutional duty to lay out the process,” Pelosi insisted.

Limbaugh, who hosted the president in what was billed as the largest “virtual rally” in history, chimed in that Pelosi’s new 25th Amendment bill was a “trial run” for replacing Biden.

Crazy Nancy Pelosi is looking at the 25th Amendment in order to replace Joe Biden with Kamala Harris. The Dems want that to happen fast because Sleepy Joe is out of it!!!

“We’re into four years, now, that they have tried everything they know to get rid of you,” Limbaugh added. 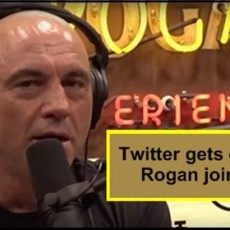 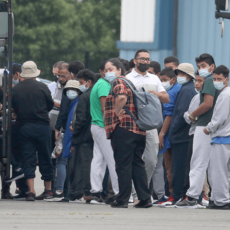 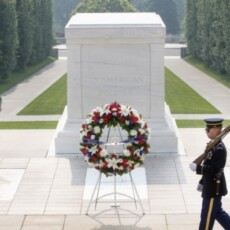