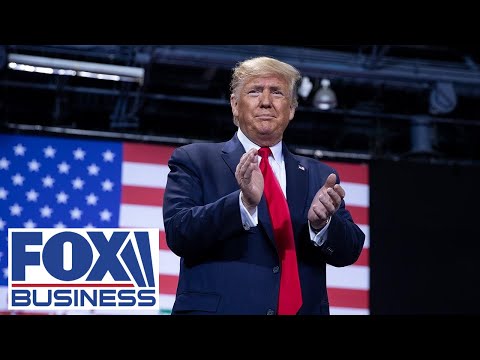 “So I have a lot of enemies out there. This may be the last time you’ll see me for awhile.” pic.twitter.com/5g9LCg7nXw

“So I have a lot of enemies out there- this may be the last time you’ll see me for a while- lot of very, very rich enemies- but they are not happy with what I’m doing. But I figure we have one chance to do it and no other president’s going to do what I do.”

And speaking of pharmaceuticals, we instituted four moves — rebates, favored nations, and other things — buying from other nations where they have the product — the same exact pill, identical; made in the same factory — for a fraction — just a small fraction of the cost. We buy from other countries, as opposed to buying through this ridiculous quagmire of political scam that we’ve been going through for many years.

And what I’ve done, in terms of favored nations, if — as an example, Germany has a pill for 10 cents and we have a pill for $2. We institute favored nations on the drug company. We get the pill for the same amount as the lowest pill anywhere in the world. Anywhere in the world. (Applause.) And that could drop your price of pharmaceuticals, of drugs — prescription drugs — it could drop your price 50, 60, 70 percent, maybe more than that.

This is something — now, I have to tell you, I have never seen so many bad commercials about me as in the last three days since I did this. (Laughter.) So, will you remember that when you see this horrible commercial that I’m a “socialist” — I was called a “socialist” for the first time in my entire life. (Laughter.) Actually, what I am doing is I’m using socialist countries, who are buying our product for far less than we’re allowed to — I’m saying, “Well, if you’re going to sell it to this country…” — might be socialist — “…for a lower price, then we’re going to get that same price.” So, you know.

But I have been called everything in the book. And I say — I said, the other day, “Whenever you see a drug company advertising that Donald Trump is a bad guy, remember: Your drug prices must be coming down very big. Very big.” (Applause.) So please remember that.

Please remember that, because I don’t want to get all those negative votes, and then Biden wins, and they try — the first month, he’ll say, “I dropped drug prices 78 percent.” And he won’t even know what the hell he’s saying. (Laughter and applause.) I don’t want to be watching that from some beautiful resort someplace in the world. I could have — oh, I had had such a beautiful life before I did this. But that’s okay because we’re doing a great job and — (applause) — it makes me very happy to see people being properly representative — represented for a change.

But during the course of the next four years, we will bring our pharmaceutical and medical supply chains home. We’re going to bring them home where they belong. And we’ll end reliance on China, just like we did with the washers and dryers, just like we did with many other things. We’ll be making our product here safely, beautifully, and inexpensively.

We’re reasserting American economic independence. And I’ve been doing that from the first day I came into office. To this end, a short time ago, I signed the new executive order to ensure that when it comes to essential medicines, we buy American. (Applause.)

The executive order will require that U.S. government agencies purchase all essential medicines that we need from American sources. The executive order will also sweep away unnecessary regulatory barriers to domestic pharmaceutical production and support advanced manufacturing processes that will keep our drug prices low and allow American companies to compete on the world stage. We’ll be able to compete on the world stage, but we’re now going to have the lowest prices, as opposed to, by far, the highest prices.

I have people that I know that go to Canada — they go to Canada to buy drugs. To buy prescription drugs, they go there because the price is so much lower than the United States. And yet, it’s made by the same company, often in the same plant. It’s a disgrace. And the politicians allowed this to happen for many, many decades.

You have people called “middlemen.” I don’t know who the middlemen are. I don’t know. They never say “middlewomen,” so they’re politically not correct. (Laughter.) But I’ve heard the term “middlemen” for a long time. They are so wealthy. They are so wealthy. Nobody has any idea who the hell they are or what they do. They make more money than the drug companies. You know, in all fairness, at least the drug companies have to produce a product, and it has to be good product. But the middlemen — well, the rebate that I’m doing cuts out the middlemen, and it reduces costs, and the money goes back to the people purchasing the drugs.

So I have a lot of enemies out there. This may be the last time you’ll see me for a while. A lot of very, very rich enemies, but they are not happy with what I’m doing. But I figure we have one chance to do it, and no other President is going to do what I do. No other President would do a favored nations, a rebate, a buy from other nations at much less cost. Nobody. And there are a lot of unhappy people, and they’re very rich people, and they’re very unhappy. 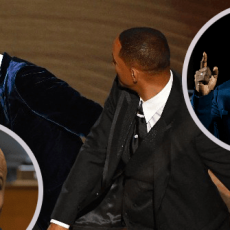 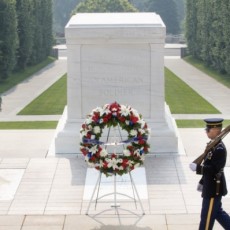 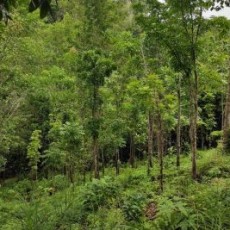 Devastated by a Typhoon, Community Foresters in the Philippines Find Little Support