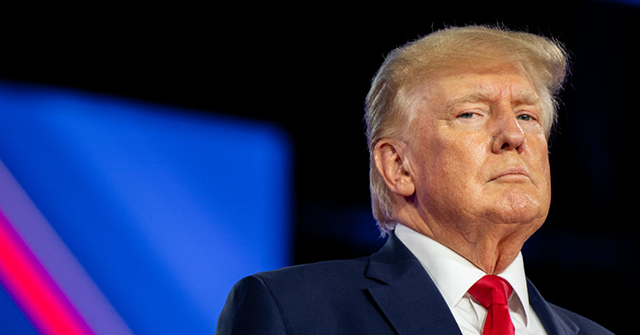 UPDATE: After the publication of this article, Trump’s campaign provided Breitbart News with this statement from President Trump: “Kanye West very much wanted to visit Mar-a-Lago. Our dinner meeting was intended to be Kanye and me only, but he arrived with a guest whom I had never met and knew nothing about.”

Kanye West released screenshots of text messages and a video after his dinner Tuesday night at Mar-a-Lago with former President Donald Trump that suggest in addition to dining with the rapper this week, the former president met with an openly white nationalist and Holocaust denier named Nick Fuentes.

In the video discussing the dinner the day after, West claims: “Trump is really impressed with Nick Fuentes.”

In a separate tweet, West released screenshots of text messages purportedly between himself, Fuentes, Milo Yiannopoulos, and an unidentified person whose name is blurred out.

Fuentes responds: “Yes. I told him that Jason Miller had me banned on Gettr.”

West replies to that: “I told Nick to tell the former president that Nick hated his speech.”

In addition to these developments, two people who say they were at the dinner on Tuesday evening–Yiannopoulos and onetime Trump aide Karen Giorno–have publicly stated that Fuentes was in fact at the dinner with West and Trump.

“Nick attended the dinner and sat across from the president. I sat to the president’s right and Ye to his left,” Giorno said in a statement to podcaster Tim Poole’s website Timcast. “The president was by himself for dinner but invited Ye to meet some people on the patio.”

Cassandra Fairbanks, the author of the article on Timcast that quotes Giorno–who is now working for West’s 2024 campaign after having worked for Trump in 2016–and Yiannopoulos adds in a later sentence citing Yiannopoulos on record confirming the presence of Fuentes at the dinner with Trump: “Though Trump allegedly flew off the handle at Ye, he was ‘dazzled’ by Fuentes, Yiannopoulos told Timcast.”

Trump’s campaign has not responded on record with a statement about this yet. Breitbart News has repeatedly asked the Trump campaign for comment on this matter multiple times over the course of more than 24 hours.

After the publication of this article, Trump’s campaign provided Breitbart News with this statement from President Trump: “Kanye West very much wanted to visit Mar-a-Lago. Our dinner meeting was intended to be Kanye and me only, but he arrived with a guest whom I had never met and knew nothing about.”

The Daily Beast was first with a story reporting Fuentes’s presence at Mar-a-Lago, but, citing an anonymous source, said Fuentes did not dine with Trump. That report is now contradicted by Kanye’s video, the purported text messages Kanye has since released, and the on-record statements from two purported attendees.

These latest revelations turn what could have been a minor story into a major national narrative, where the GOP frontrunner for president in 2024 — the former president and as of now the only formal GOP candidate for the office in the next election — seems to have met with an open white nationalist, antisemite, and Holocaust denier in Fuentes. Fuentes’ now-shut-down YouTube page is shot-through with racist and antisemitic rants that date as far back as 2014.

Fuentes said his existence is “absolutely” harmed by Jewish people. In 2019, a clip emerged of Fuentes denying the Holocaust. Fuentes has called Donald Trump disavowing white supremacy  “totally wrong and a big mistake.” Fuentes was also at the Charlottesville “Unite the Right” rally in 2017.

After Charlottesville, Nick said it was “very cucked” for President Trump to disavow White Supremacy and told @DineshDSouza to “go to hell” for talking about it. pic.twitter.com/mWTevj15aq

He also said Jim Crow laws, segregated water fountains, and schools were all “better for” white and black people.

“Enough with the Jim Crow stuff. Who cares? ‘Oh, I had to drink out of a different water fountain.’ Big f—ing deal…oh no, they had to go to a different school…And even if it was bad, who cares?…it was better for them, it’s better for us.” pic.twitter.com/ZJ7LqpTHgL

Trump also meeting with West less than a month after his antisemitic comments — from threatening to go “death con [sic] 3 on JEWISH PEOPLE” to claiming that the “Jewish people have owned the black voice” — caused a media firestorm that is also newsworthy for multiple reasons. First, Trump’s views on West’s antisemitic comments can’t go unknown. Secondly, West says he is also running for president in 2024 — he also says in the above video he asked Trump to be his vice presidential candidate — so why Trump would meet with a possible rival, however serious or unserious that person’s candidacy is, raises questions as well.

West hiring Giorno, who was a critical part of Trump’s 2016 operation in Florida, is a sign he aims to be seen as a serious candidate for the White House.

The fact that Fuentes and West campaign surrogate Yiannopoulos visited Mar-a-Lago alongside West on Tuesday was first reported in the Daily Beast.

Before the Trump-West Mar-a-Lago meeting, social media was abuzz with an eight-second clip showing West and Fuentes walking together through a Miami airport.

Trump sitting down with West comes a week after the former president announced his latest White House bid and some six weeks after the Grammy-winner lost at least a dozen endorsement deals and a large chunk of his personal wealth in response to his antisemitic remarks. Last month, West refused to walk back or apologize for his antisemitic comments, and instead doubled down, reading, from a spreadsheet, a list of names of top Jewish executives of major media and entertainment corporations from Disney to USA Today.

Indeed, Kanye West tweeted Tuesday “First time at Mar-a-Lago. Can’t believe I kept President Trump waiting. What you guys think his response was when I asked him to be my running mate in 2024?

And I had on jeans Yikes

What you guys think his response was when I asked him to be my running mate in 2024? 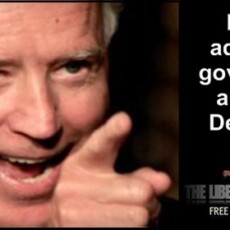 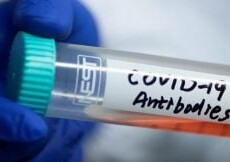 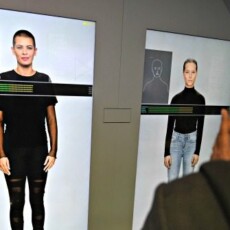 Great Reset: World Economic Forum Declares the ‘Age of Human Robots Is Over’