President Trump has never shied away from low blows and comical jabs when it comes to running a campaign. The last election cycle was filled with memorable and catchy name-calling like “Little Marco”, “Lyin’ Ted”, and “Crooked Hillary”.

This election cycle, Trump tested out several monikers for Biden, including, ‘China Joe”, and “Sleepy Creepy Joe” until he finally landed on “Sleepy Joe”. The Trump 404 page on his campaign website is a hilarious photo of Biden looking confused with a caption that reads, “It appears you are as lost as me.” 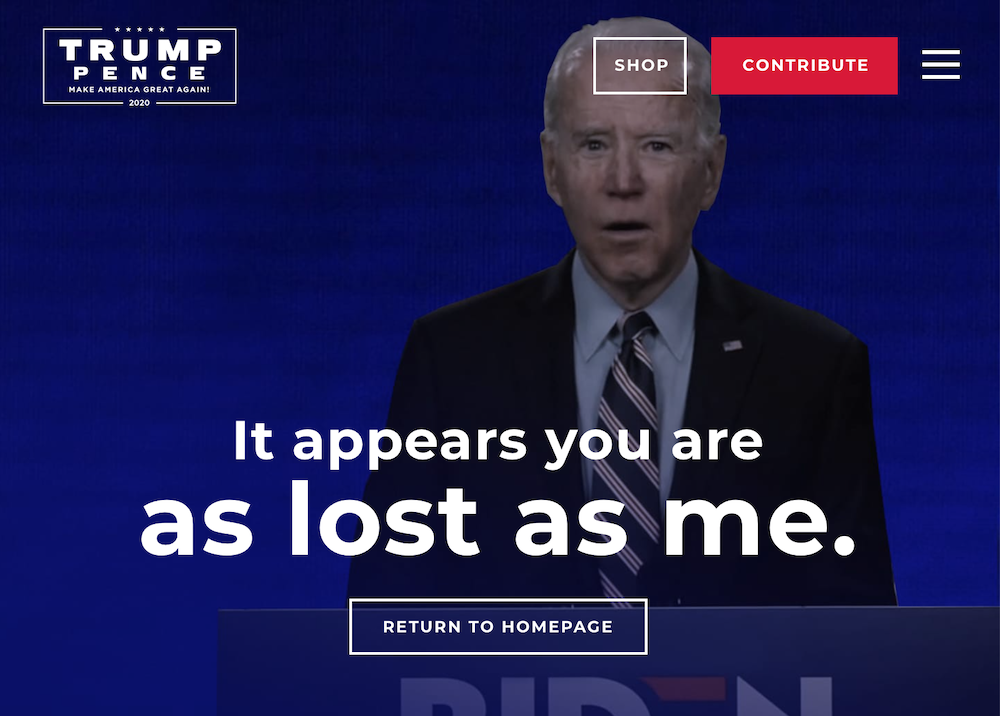 A new animated Trump campaign ad turns liberal’s derisive term “the Trump train” for Trump supporters into a positive. In the ad, a big, strong, sleek red train emblazoned with “Trump/Pence” and “KAG (Keep America Great) 2020” speeds across a city landscape to the beat of Eddy Grant’s “Electric Avenue”.

Then the ad shows the “Biden train,” which is actually a handcar with Biden pumping it along.  This old-timer machine reflects back to when Biden during a primary debate when he mused about people gathering around the “radio” and the “record player.” Beneath the beat of “electric Avenue” are soundbites of Biden’s oddest moments, such as when he rambled about how “kids used to come up and reach in the pool and rub my leg down so it was straight and then watch the hair come back up again,” and “I love kids jumping on my lap.”

Cartoon Biden visibly struggles to sluggishly move forward as he manually operates the handcar with the sign “Biden President” and “Your Hair Smells Terrific” on the back. The ad ends with Biden’s logo and the letters falling off, clearly an attempt to show that the wheels are falling off of the candidate and the campaign.

At a Friday press briefing to discuss the recent Middle East Peace Agreement brokered by his administration, President Trump addressed Biden trying to take credit for the Israel/UAE Peace Deal, saying Biden “doesn’t even know the name of the countries I’m talking about.”

President Trump reacts to Joe Biden trying to take credit for the Israel/UAE Peace Deal: Biden “doesn’t even know the name of the countries I’m talking about.” pic.twitter.com/Z3JDBgoLrd

The Trump campaign also hilariously purchased the “Todos Con Biden,” Spanish for “All with Biden”, web domain name. The Biden team intended to use this catch phrase when they launched their Latino outreach program. Now, when people try to visit TodosConBiden.com, a picture of a dejected looking Biden shows up with a message reading, “Oops, Joe forgot about Latinos. Joe is all talk.” Then the site prompts people to click “Vamos” or “Let’s Go”, directing them to the “Latinos For Trump” official site.

After nearly four years in office, it’s safe to say that being the leader of the free world has not altered Trump’s campaign style or political instincts for mocking and taking down his opponents. The Trump 2020 campaign is shaping up to be just as entertaining as it was in 2016. 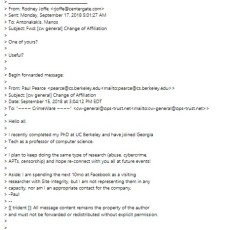 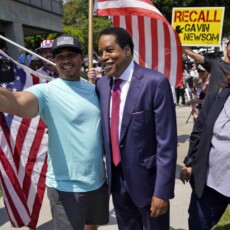