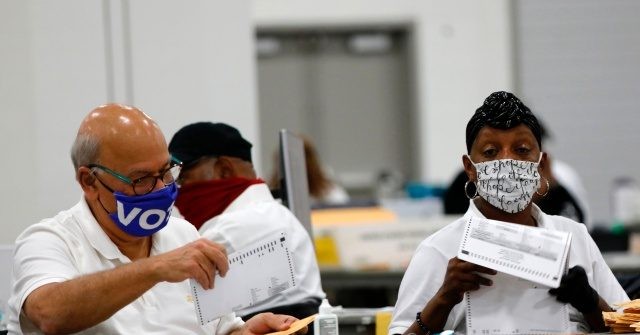 The lawsuit, filed on Thursday, is seeking to invalidate ballots in counties where they allege widespread illegal ballots and fraudulent ballot-counting took place. The lawsuit cites reports claiming that about 10,000 dead people returned mail-in ballots to vote in Michigan.

Every illegal vote that is counted dilutes the voting rights of law-abiding American citizens, and jeopardizes Americans’ trust in their electoral process. Enough is enough. True the Vote is taking a stand on behalf of Michiganders — and all Americans — to stop bad actors who are stripping away citizens’ most basic rights by refusing to secure our election process. We will take proper action to put an end to it.

Among the evidence presented, the lawsuit claims that ballot counting was not transparent, dates on ballots were fraudulently changed, software glitches occurred, clerical errors occurred, illegal votes were cast, poll watchers were excluded from voting sites, ballots were wrongly backdated, and votes were dumped at counting sites.

In one instance alleged in the lawsuit, a software glitch in Antrim County allegedly caused at least 6,000 ballots to be counted for Democrats that were actually supposed to go to Republicans. The lawsuit claims 69 of Michigan’s 83 counties use the same software.

Earlier this year, Detroit, Michigan, agreed to clean up its voter rolls after a lawsuit by the Public Interest Legal Foundation (PILF) claimed that more than 2,500 dead people were on the region’s voter rolls.