CORPUS CHRISTI, Texas — A 28-year-old truck driver was sentenced Wednesday to more than three years in federal prison for illegally transporting 51 undocumented migrants in the back of a tractor trailer.

The investigation was conducted by U.S. Immigration and Customs Enforcement’s (ICE) Homeland Security Investigations (HSI) in Corpus Christi, Texas, and the Federal Bureau of Prisons.

Rene Garcia, a resident of San Benito, Texas, was sentenced Jan. 26 in the U.S. District Court for the Southern District of Texas to 41 months in federal prison to be immediately followed by three years of supervised release. Garcia pleaded guilty to the charges Aug. 5, 2021.

In handing down the sentence, the judge took into consideration the nature and facts of the case and noted that Garcia had recently been convicted of transporting undocumented migrants in another case.

On May 13, 2021, Garcia arrived at the Falfurrias Border Patrol (BP) checkpoint driving a semi-truck and trailer. A K-9 alerted to the vehicle, which prompted authorities to refer the vehicle to secondary inspection.

Upon inspection, authorities found 51 undocumented individuals hidden among pallets of onions in the back of the tractor trailer. At least one of the migrants reported having a difficult time breathing in the trailer and there was no way to escape in the event of an emergency.

Garcia later admitted to making arrangements with someone in San Benito to smuggle the undocumented migrants through the Falfurrias checkpoint and then to Houston.

Garcia remains in custody pending transfer to a Bureau of Prisons facility to be determined in the near future. Assistant U.S. Attorney Patrick Overman prosecuted the case. 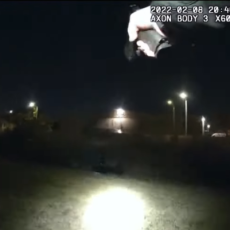 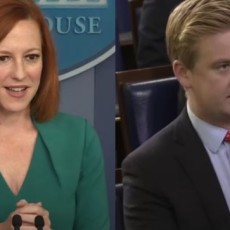 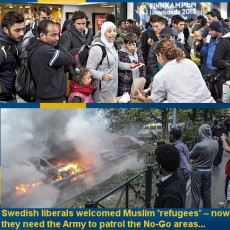 Britain’s Most Disruptive Families & the Massive Welfare State. 120k Gypsies, Brits & Muslim Migrants Account for $9 Billion in Benefits a Year. | Like Sweden, Britain, & France, Germany has Muslim NO-GO ZONES where even police are afraid to go.