Greenbelt, Maryland – Eddie Ray Johnson, Jr., age 60, of Brandywine, Maryland, was sentenced Monday to 16 months in federal prison, followed by three years of supervised release, with the first 12 months to be served in home confinement, for theft of government property, in connection with a scheme to use his government-issued travel credit card to obtain more than $1.1 million in cash advances.

According to his plea agreement, from January 2003 to February 2018, Johnson was a civilian Air Force employee, most recently as a travel coordinator in the Secretary of the Air Force, Office of Legislative Liaison, where he planned congressional travel and reviewed and approved accounting packages submitted by trip escorts, among other duties. Johnson admitted that from March 2014 through September 2017, he used his government-issued travel credit card to obtain more than $1.1 million in cash advances, at least $774,000 of which he diverted to his own personal use.

As detailed in the plea agreement, Johnson frequently deposited the stolen funds into a non-interest- bearing account opened in his name at a bank branch in the Pentagon. Employees in the Office of Legislative Liaison were instructed to open such accounts so that they could more easily deposit and withdraw government funds for official use without accruing interest. After depositing the stolen funds, Johnson wrote checks to himself, which he deposited into his personal bank accounts, and spent the money for his personal benefit, including on living expenses, a baby grand piano, loan payments for a Harley Davidson motorcycle, and family vacations. Johnson also admitted that he provided cash to his family members, including his spouse.

During execution of a search warrant at Johnson’s residence on November 6, 2019, law enforcement recovered approximately $15,174 in cash. Johnson agrees that at least $4,000 of the funds seized were the proceeds of his offense.

In all, Johnson’s conduct caused a loss to the U.S. government of $1,157,540.69, which includes $26,506.02 in banking and service fees that the Air Force paid monthly in connection with the cash advances Johnson obtained. 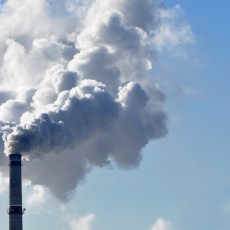 Liberals to use Treasury Board to “incentivize” Paris climate targets