ER Editor: Dr. Shankara Chetty, who has treated over 7,000 Covid patients, says in a video linked to below that the Covid-as-bioweapon (our choice of words) is one of the most contrived, elaborately engineered toxins ever made – it’s a ‘poison with an agenda’. It has been engineered to contain bits of prion and HIV. This engineered, toxic spike protein is supposed to cause allergic reactions and immune responses. It was released to TEST its effects on people during lockdown, and give us the first taste of the poison.

Vaccination, which has never made any sense (he explains in detail why), exposes us to the same toxin but for a very long period. During the initial period following injection, the vaccination may also cause these same allergic flare-ups, but over time, there is a different type of damage being done that leads to other types of deaths, deaths that are very diverse and relate to people’s underlying conditions. Basically, people have been poisoned; the host’s response to the toxin (spike protein) is key. These diverse reactions to this toxin in the body means the cause of death cannot be put on the vaccines.

WE HIGHLY RECOMMEND THIS VIDEO!

The leading doctor credited with improving early treatment of COVID-19 said in a conference that the goal of vaccine transmission campaigns is to “control and kill off a large proportion of our population without anyone suspecting that we were poisoned.” 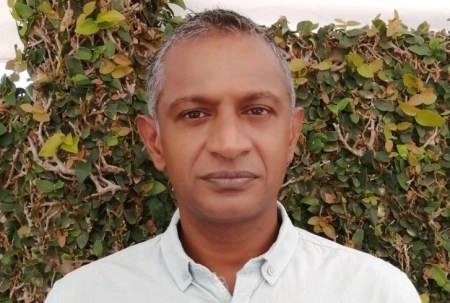 “The deaths that are meant to follow the vaccinations will never be able to be pinned on the poison. They will be too diverse, there will be too many, and they will be in too broad a timeframe for us to understand that we have been poisoned,” claims Dr. Shankara Chetty (pictured).

According to his website, South African family doctor Dr Shankara Chetty, “has treated 7,000 Covid-19 patients without a single hospitalization or death,” combining his insights with his medical background along with his observations of government censorship orders and censorship of media to support its conclusions.

Joining the Zoom conference (watch below) as a doctor, Chetty began by asking the following questions:

He then identified the “most important” answer to these questions, the “pathogen that was causing all the death in COVID illness,” the spike proteins common in both the vaccine and virus designed to be produced in a recipient’s body.

‘In my opinion of what’s going on in the world, the spike protein is one of the most man-made toxins. And the purpose of this toxin is to kill billions of people without anyone noticing,’ he went on to add.

“What looks like transpired here, [is] they’ve engineered a virus and put this weapons-grade package onto it called ‘spike protein.’”

The allergic reaction with the initial release of the “most elaborately engineered toxin,” occurs in a small number of people, resulting in more severe cases and death when the vaccine is administered. According to Chetty, this usually happens eight days after the onset of symptoms.

Doctors say that due to the first 14-day international shutdown, people with the COVID-19 virus that caused it were arriving late to the hospital, and these facilities “to engineer death and damage in order to stir all the fear.” [sic]

“But the game that they played with this engineered virus was to justify the vaccination of the planet,” he continued.

Chetty added that these injections “expose us to the spike protein for a longer period.”

‘I often interview doctors online, and Dr. Pierre Kory, Ryan Cole, and Richard Urso have described how long a health risk begins to occur after death from an allergy in the first two weeks.’

“We begin to see the endothelial [blood vessel lining] injuries that this vaccine causes with its spike protein, with its influence on its ACE2 receptors. Those are the deaths that are meant to follow. And they will never be pinned onto the spike protein, a very well-engineered toxin,” he said.

“Those tissues will be recognized as foreign and will trigger a host of autoimmune responses. So, the deaths that are meant to follow the vaccinations will never be able to be pinned on the poison! They will be too diverse, there will be too many, and they will be in too broad a timeframe for us to understand that we have been poisoned,” he went on”

“Now this toxin in the long term is going to get people with pre-existing illness to have those illnesses exasperated,” the doctor explained.

With some toxins, including “bits of HIV protein” within this “definitely engineered” spike protein, Chetty states “people with cancers are going to have their cancers flareup, and they will say they died of the cancer.”

“People with vessel injuries or predisposition like our diabetics and [those with] hypertension are going to have strokes and heart attacks and the rest at varying times, and we’ll attribute those to their pre-existing conditions,” he said.

“People are going to develop, over time, autoimmune conditions, the diversity of which will never be addressed by any pharmaceutical intervention because they’re far too targeted.”

“But I think if people understand what the intention is, then they’ll understand why what’s happened has happened. The ill logic, the coercion, the suppression, is all warranted if you understand that there is a bigger plan.

This plan is to make sure that we can control and kill off a large proportion of our population without anyone suspecting that we were poisoned,” the COVID specialist said.

“And so, I think the justification for everything we see is warranted in understanding the endgame,” he concluded.

“I think there’s a huge picture at play; otherwise the vaccines make absolutely no sense. We were sold the vaccine as our savior from the start, and if we look at the science, the science does not play out.” 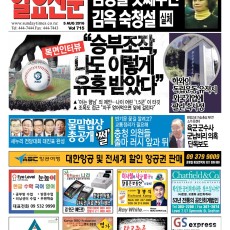