The heavily promoted formerly Republican lawmaker endorsing Joe Biden for president tonight at the Democratic National Convention was a highly paid Russian lobbyist whose firm was paid millions of dollars for work on behalf of the Kremlin, federal records show.

According to federal documents filed pursuant to the Foreign Agents Registration Act (FARA), the lobbying firm run by former Rep. Susan Molinari and its business partner received nearly $2.5 million in just one six-month period in 2008 to “cover fees and expenses for providing services for the benefit of the Russian Federation.” During the final of the year, the Russian lobbying deal made the consortium another $2.8 million for its work on behalf of the Kremlin, records show.

Molinari, who ran for and won the same congressional seat vacated by her father in 1989, left Congress in 1997 to embark on a lucrative career promoting the interests of foreign governments in Russia, Bangladesh, and Panama.  Molinari’s former firm The Washington Group was part of a consortium of high-powered marketing and lobbying operations that raked in more than $60 million from the Russian Federation to improve the country’s image in the United States.

In 2016, the Federal Bureau of Investigation (FBI) launched a sprawling investigation of the Trump campaign after Russian ambassador Sergei Kislyak was spotted meeting with Republican lawmakers at the G.O.P’s nominating convention. Former White House National Security Adviser Michael Flynn was targeted, illegally leaked against, and eventually prosecuted over his conversations with Kislyak during the presidential transition in 2016 and 2017. Federal records show, however, that Molinari’s lobbying partner worked directly for Kislyak to burnish his image to American voters.

According to a 2008 Politico investigation, Molinari’s lobbying partner “drew up an introductory public affairs plan for him that included receptions with Washington influencers, prepping for Q&A sessions and an op-ed to herald the new relationship with America.”

Government documents show that Molinari’s lobbying work even included meeting with the staff of then-Sen. Joe Biden when he served as chairman of the the Senate Foreign Relations Committee to lobby on behalf of the Kremlin:

Molinari’s firm also lobbied to admit Russia to the World Trade Organization. The Washington Group kept its “lucrative” contract even after Russia invaded Georgia in the summer of 2008. As the Hill reported at the time:

Molinary resigned as CEO of the pro-Kremlin lobbying firm in the fall of 2008. 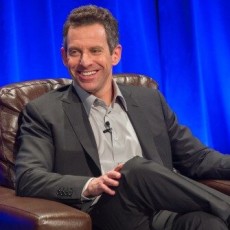 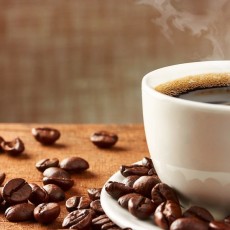