Toby’s recount of what occurred on the day of the militarised police attack on our family at our home 15 Mugge Rd Sandy Creek, South Australia, The Ngadjuri Nation Freedom Farm.

On Thursday the 23rd of September 2021, I heard our dog Peggy a chocolate Lab doing what we call her serious bark. To which I opened the front door to discover my wife talking to six coppers out the front. Who arrived in 2 squad cars at our front gate at 7:30am. Claiming they were here for a routine gun cabinet audit.

To which we said ‘No we are not comfortable with having six armed, masked police coming into our home’. My wife was still in her dressing gown!

Soli and I both do not trust SAPOL, we have spent much time in researching the disgusting habits of this company. We have personally witnessed SAPOL ignoring acts of child sex abuse reported to them and much more. Upon refusal and a heated discussion at the gate, of which we have very clear signage about trespassing. The masked, armed, organised crime syndicate commonly known as SAPOL left saying they would be making a report about this.

Not many moments later, less than half an hour, SAPOL vehicles started to surround our peaceful farm. 3 – 4 more squad cars parked at the end of our road, where Soli and Kurtis who is a minor went down to chat with them.

Soli was holding a sign that read ‘People’s Peace Alliance’, she asked said officer “do you stand with the pedos, or with the people?”. To which the response to that was, two other armed police grabbed Soli with such force that they bruised her arms (assault). Handcuffed her, threw her in the back of one of their vehicles (kidnapping) and proceeded to take off in what I would describe as militant, all different directions.

Soli will need to tell the rest of what happened for her next as I wasn’t there.

From that kidnapping, that left myself, Kurtis and pregnant Mel on our farm.

An extremely short time later the organised crime syndicate SAPOL started road blocking every single road around us. I didn’t understand why or what the hell was going on. Our son Kye was trying to get to the farm, and alerted me about all the road blocks.  I was seriously confused as to what the hell they were trying to do.

I then asked Kye to go and speak with someone, of the now estimated 100 at one of the roadblocks, to ask what the hell was happening, and asked him to tell them that I am happy to speak with the Sargent and another officer to organise a peaceful outcome.

Kye did what I asked, SAPOL asked him if I was going to be confrontational, to which he said no, Dad literally just sent me here to say he is happy to speak with two associates from SAPOL to make a peaceful resolution.

They took my number and acknowledged what he said. They told him they were going to call me to work something out.

Their very next move was to send in the Star Force, including chopper and what I now know of as The Bearcat. A heap of armed gangsters with machine guns all got out with their machine guns pointed directly at me. To which I asked them to stop pointing machine guns at me, I’m not armed. I lifted my shirt to confirm this to them.

The man leading the attack did not have his gun pointed at me at this point.  And said to me, no one is pointing guns at you. To which I said “I think you better look at your mob behind you, because they are all pointed at me”. He did that and he quickly realised that his gangsters were in fact pointing a lot of guns at me. I even heard one say “I’m going to shoot him” (Threaten Life). To which my response was “shoot what? I am not armed, what are you doing?!”

By now pregnant Mel who was staying with us, for us to help her heal all the trauma she’s already experienced in life, was out the front with machine guns pointed at her too. There was absolutely no need for this criminal organisation to be at our peaceful home.

Knowing that young Kurtis (minor) and Mel were in danger of being shot by these thugs (more threatening life) I chose to hand myself over in an attempt to make peace, so that no one was murdered by these absolute violent criminals. I jumped over the fence, and done what the gun wielding psychos asked. Which was hands on my head, face my back to them and kneel down.

They then forced me to the ground and zip tied me, and proceeded to knee me in the face multiple times (violent assault). I was not resisting!

My face was bleeding and my left ear damaged.

They then turned their attention to Kurtis, Mel and our Labrador Peggy.

I heard one of the armed thugs say they were going to shoot the dog. Our dog is not aggressive in anyway. They also said they were going to pepper spray her. I told the armed gunman who was holding me at gunpoint, whilst I was zip tied and sitting against the vehicle, “to please not shoot my dog, she’s not a threat.” He then radioed that through luckily.

I can’t actually say what happened next for Kurtis, as I was held against the vehicle facing away from the property. However, after speaking with young Kurt after. He told me they grabbed him by the throat and detained him (assault on a minor).

They then obviously put their attention to Mel, which I also wasn’t able to witness.

They then put me in the back of a ute and took me to the holding cages in Elizabeth. Where my face was cleaned up. Which I am assuming was for their benefit for the photos that they took.

After sometime they interviewed me, where I explained my concerns of having 6 armed thugs wanting to enter my peaceful, private family home. To which one of the officers was adamant that there was only 5. Um only 5 is still not better, just so we’re clear. Anyway, the chief of police went on record (as published in the Advertiser newspaper) and said there were 6, but whatever.

They then questioned me about a so-called loaded hand gun found in Mel’s room. At first, I was confused by this as we don’t have hand guns on our property at all. I then realised that they were talking about a cap gun that was gifted to me by my dying cousin. This cap gun has a completely solid barrel and literally takes the little red caps that anyone can buy from any toy store or retail outlet. IT’S A CAP GUN.

They also asked me about a loaded rifle in my cabinet. Which turned out to be a pellet gun with a slug stuck in it because the rifle doesn’t work.

All my rifles are registered and were in the cabinet locked up as per the (corporate frauds) fire arms act. There was absolutely no need for this ridiculous escalation. Over 100 cops, a chopper, machine guns, and what I would describe as a tank. Turned over our whole farm and found nothing unlawful on our farm.

So I ask you the community to question what actually was their agenda?

Soli and I are both whistle-blowers who work really hard on exposing the disgusting continuously covered up child sex trafficking right here in South Australia. We want our community safe and all the kids protected from these evil monsters.

The so-called charges against me are

The organised crime gang SAPOL, were denied access to my home because I was uncomfortable with so many armed, masked police. Who aren’t even following their own so called pandemic rules. By wanting to put 6 people in a 3 x 3 room to do a cabinet check.

SAPOL was offered twice to make a peaceful resolution. The first time was my Dad, Graham, personally went to the Gawler police station on the morning, to explain to them that I wasn’t comfortable with so many police. And that I was happy to discuss peacefully with two police.

The second attempt was when Kye our son spoke with the police at the roadblocks. And told them I was not going to be confrontational at all. And just wanted to make a peaceful agreement.

The charges that I believe they are guilty of are, but not limited to, the following:

Now if they came here to our peaceful farm and did this to us, who is the criminal here?

And I now ask you the community, do you feel safe with these absolute evil criminals acting like this?

We are a primary producing farm, so yes, we have rifles for management of livestock. Which are all licensed and registered and securely stored.

Police stole my registered and properly secured guns. These are valuable items that I’ve worked and paid for, and that I use as tools to manage our livestock.

They also stole my phone with the footage of their insanely draconian militarised attack on me, and our family, and our home. I’ve asked police for the return of my phone, to which they have said I will never get it back.

Police also took Mel’s phone and Kurtis’ phone and deleted the footage of their attack on us before returning their phones to them.

Where is the police body-cam footage of this ‘high-risk’ incident that they engineered and escalated? 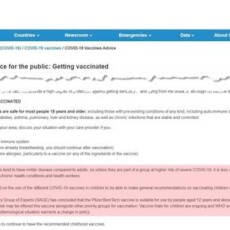 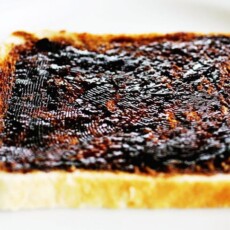 Ivermectin. It’s as Aussie as Vegemite