At his Wisconsin rally last night, President Donald Trump continued to tease former Vice President Joe Biden for relying on a teleprompter when he answers queries from the media. While teleprompter use is very common for politicians and others giving formal speeches, Biden is the first candidate to regularly use one outside of formal speeches, such as during press conferences.

During Biden’s nearly 50 years in politics, his off-the-cuff remarks have gotten him in more than a bit of trouble, but the obvious teleprompter use is posing problems of its own. The Trump campaign made a brutal one-minute ad about it recently:

Mocking Biden for teleprompter use during what are supposed to be unscripted moments is not a generic attack on the use of automated technology to read a speech. But that’s precisely what many media figures claimed during Trump’s latest mention of Biden’s curious practice. Take a look at some examples: 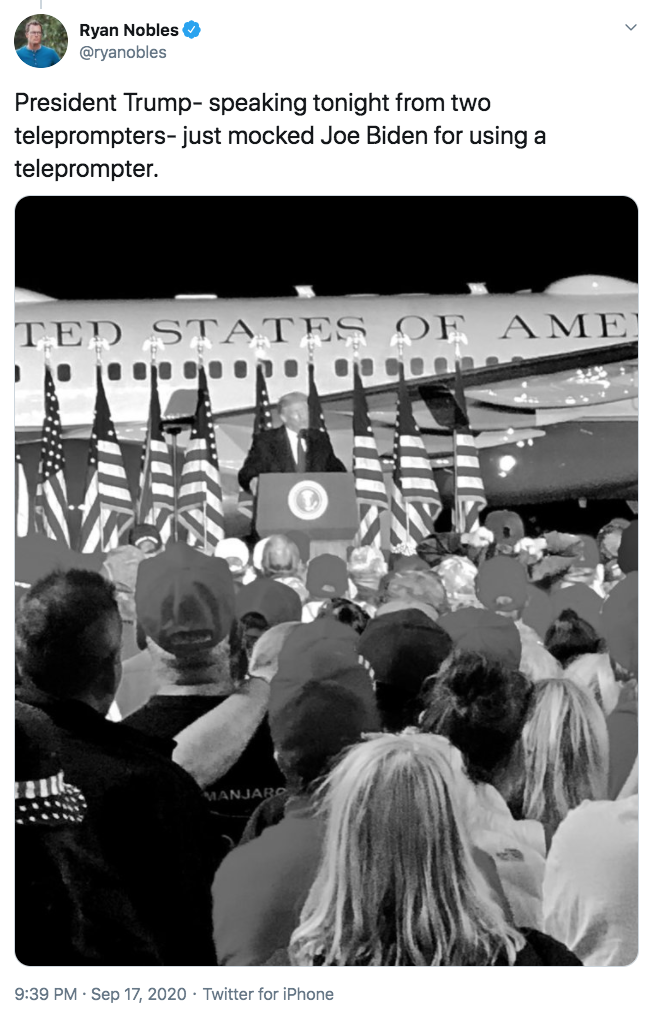 The Daily Mail was pretty sure they had Trump on the ropes: 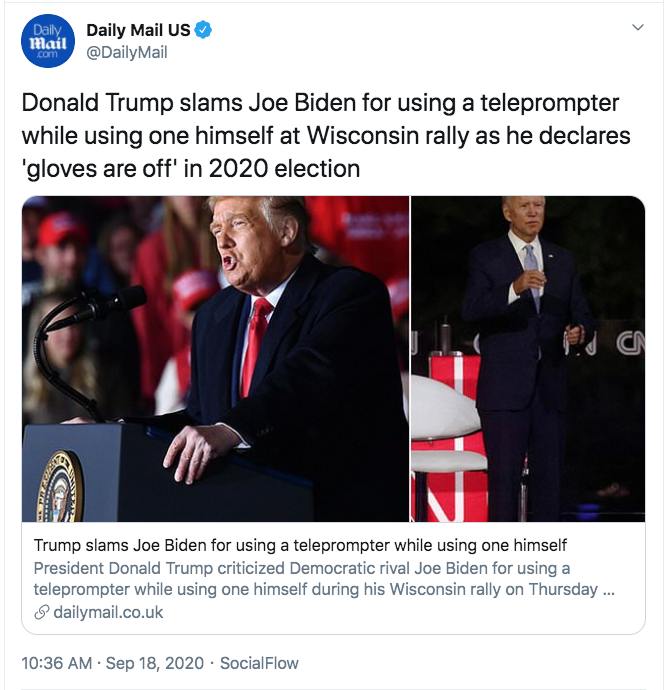 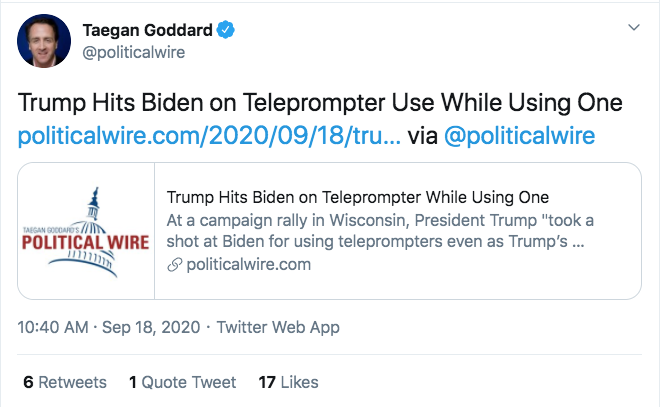 The Daily Beast went all in: 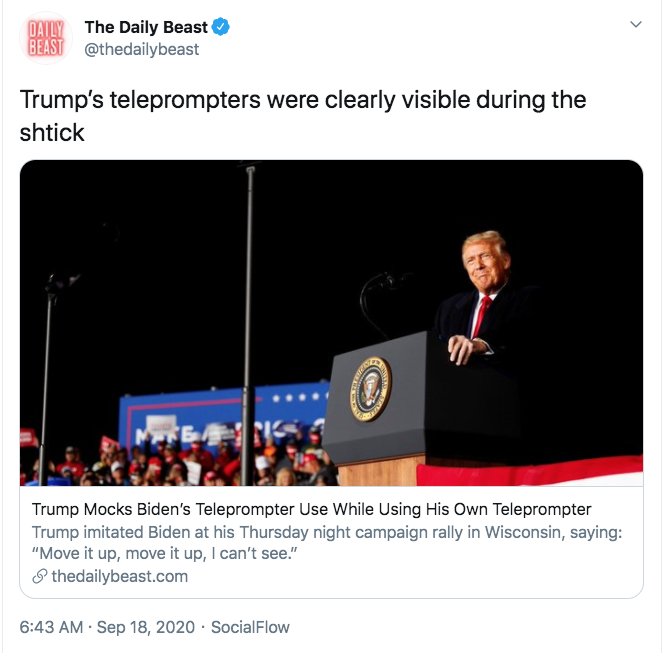 Washington Post national political correspondent James Hohmann used the issue to bash not just Trump but his tens of millions of supporters: 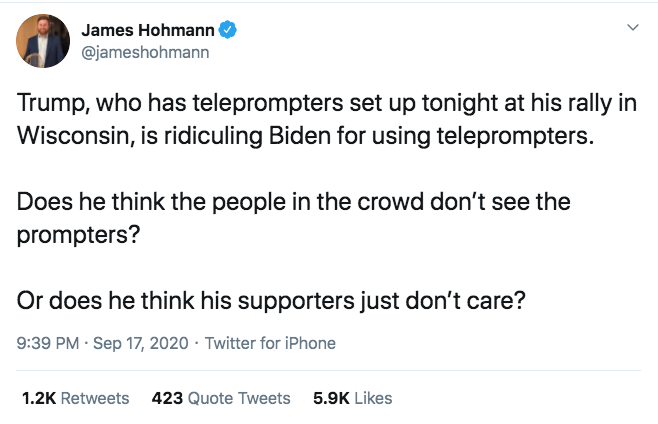 While these liberal reporters pleased their Trump-hating readers, the false equivalence is blindingly obvious to everyone else. As Derek Hunter wrote of Hohmann’s attack on Republican voters, “This is why people hate journalists, and why that hatred is justified. Either James knows the issue is about using teleprompter during interviews and online town halls, or he’s an idiot. Stupid or liar?”

Or as this reporter put it:

The consequences of not understanding the actual arguments of political opponents, and instead just running the Biden campaign and its defense, is making obviously ridiculous arguments that even the most casual observer can see through. Reporters would be wise to try harder in their all-hands-on-deck effort to help out the Biden campaign.

Alternatively, they could simply report accurately about his teleprompter use and the reaction it provokes among his political opponents.

Trump Force One Coming Back After Refurbishing