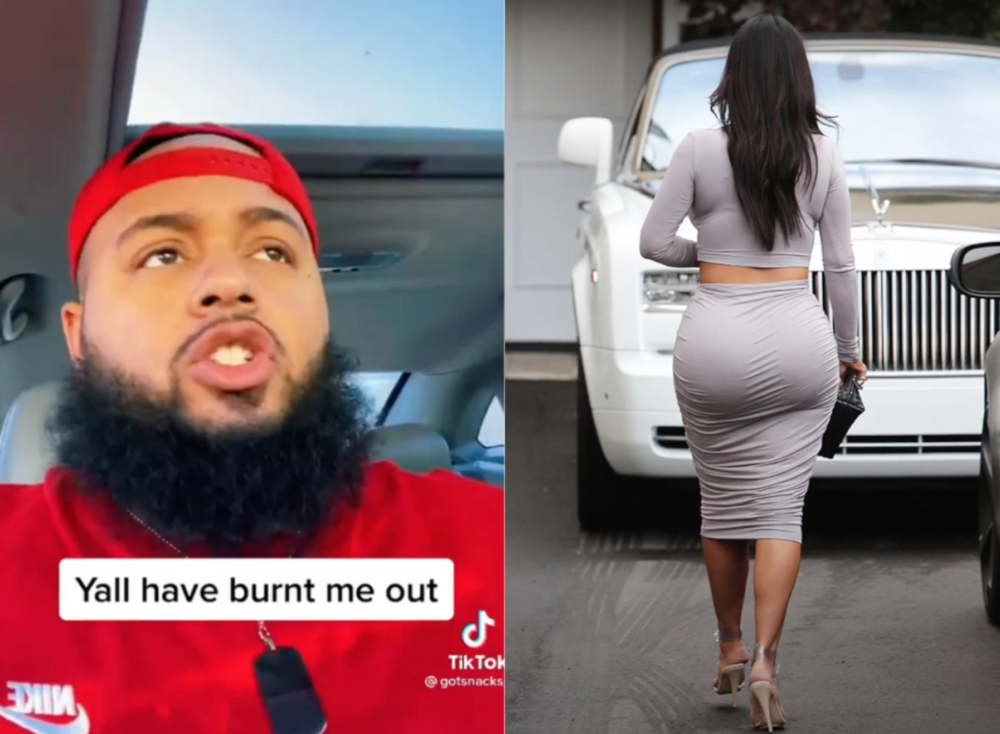 One might not normally describe a man ranting about women’s backsides on social media as “profound,” but I assure you, this man’s rant fits the bill. Listen to the grief in our subject’s voice as he laments one of the greatest challenges we currently face as a society: too much booty.

You can hear the pain in homie voice. pic.twitter.com/V34vWjhBQN

“Y’all have showed me so much -ss I’m numb to it,” @gotsnacks_ complains. “I’m not even excited to see booty no mo’.”

In addition to explaining the inflation and the devaluation of the dollar better than most economics professors, our friend here perfectly explains how the flooding of social media with booty pics has devalued women’s bodies, which is a shame for both women and men.

In 2018, Camille Paglia wrote on the unsexiness of sexy Instagram photos, and the downsides that have followed feminists’ pursuit of sexual liberation as an expression of female power and autonomy.

“As a veteran defender of pornography and staunch admirer of strip clubs, I have to say that an overwhelming number of today’s female-authored Instagrams seem stilted, forced and strangely unsexy,” Paglia writes. “…The current surplus of exposed flesh in the public realm has led to a devaluation of women and, paradoxically, to sexual ennui.”

The more we as a culture are inundated with women trying to out-titillate each other, whether on TikTok or in Cardi B music videos, the less titillating they become. As our friend above says about the 37 booties he sees on one scroll through Instagram, “Y’all have taken the joy of -ss gazing out of my life.”

Why should women feel sorry for this man? His joy is not our responsibility, but the devaluation of women’s bodies hurts women too.

Before we were all “bootied out,” a woman’s sexuality was not just mysterious and proactive, but the most powerful force on the planet. It drove men to face great risks, cross oceans, write ballads, and even start wars just for the chance to gaze at a woman’s booty. Women held all the cards in intimate relationships.

Now, men sit back while women work their butts off, literally, trying to hold a man’s gaze before he swipes left or right onto the next one. In an attempt to liberate ourselves, we relinquished our power, and in doing so, diminished the quality of the men we hope to attract. Is it just a coincidence that fewer men are graduating college and joining the workforce than ever before? Should I mention that men’s testosterone levels are also plummeting?

In order to make booty great again, we must make booty limited again. In today’s butt-centric media landscape, women who understand how to conceal their curves, and who instead deploy the “magic, mood and mystique” of sex, as Paglia describes it, will unlock the secret to yielding power over men again.

And for men like our friend @gotsnacks_ who are feeling “burnt out,” stepping away from the social media booty deluge may not only have a positive impact on those testosterone levels, but will increase the value of real, tangible, unfiltered booties IRL. 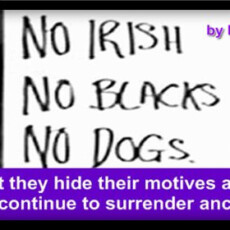 Jab Nation: ‘No Dogs, No Irish, No Blacks’

MEANWHILE IN FLORIDA: Man Clings To Hood of Speeding Semi In Wild Video!