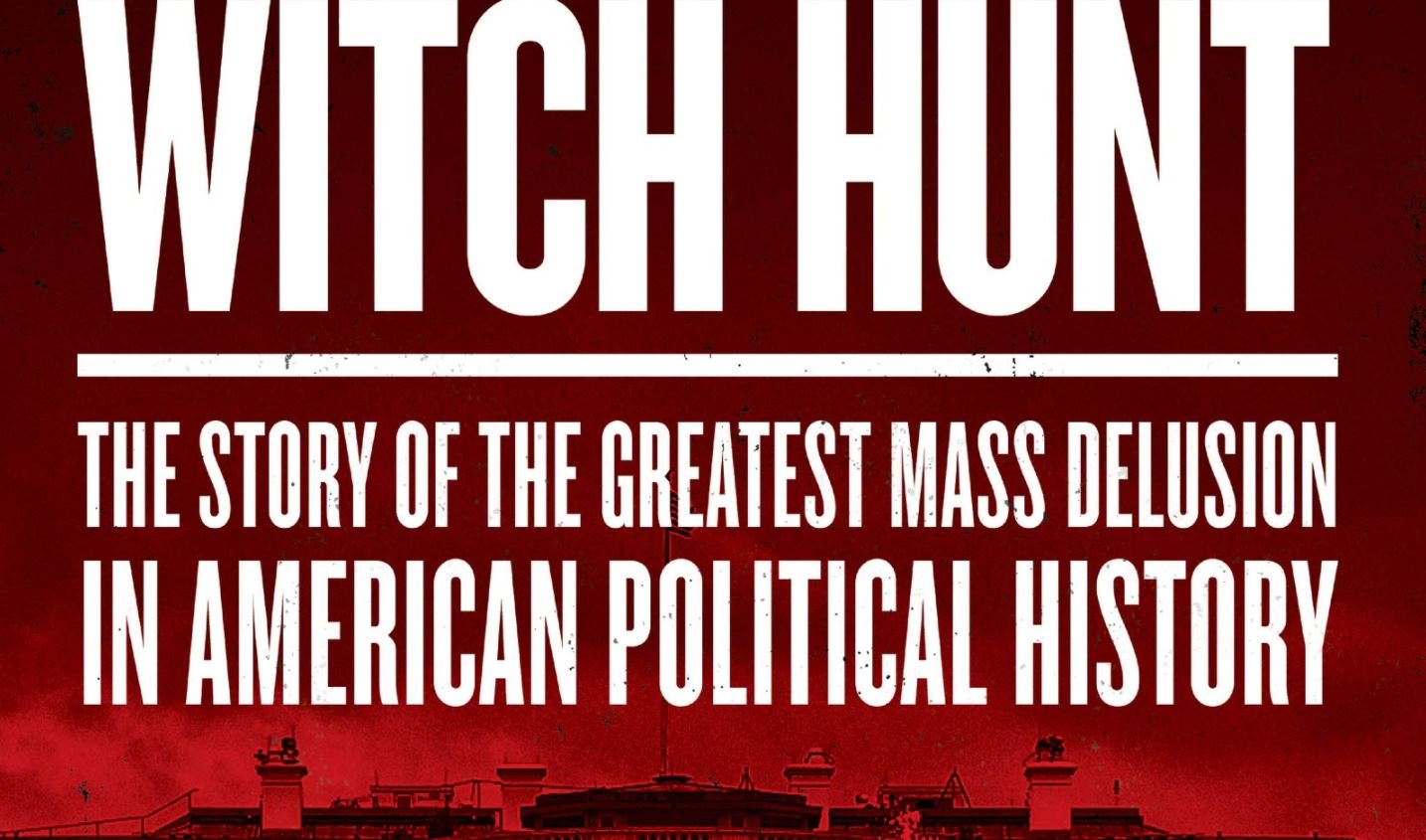 Information is coming out daily about “Obamagate” and intelligence agencies’ abusive actions towards Donald Trump’s campaign, the Trump transition team, and Trump administration officials like Gen. Michael Flynn. If you are interested in understanding the full scope of the Trump-Russia collusion hoax, then read Witch Hunt: The Story of the Greatest Mass Delusion in American Political History, by Gregg Jarrett.

Jarrett traces the Trump-Russia collusion conspiracy to the simple fact that Donald J. Trump won the 2016 presidential election instead of Hillary Clinton. Trump’s election represented a threat to the left’s hold on power and to the status quo. Jarrett writes,

Trump’s enemies, blinded by their own bias and hatred, argued that he could not possibly have won the presidency absent some nefarious cabal to steal the 2016 election. To them, no other explanation made sense. They Could not conceive that voters had legitimately placed him in office. There had to be witches flying about. The lie justified their hunch.

Although Jarrett’s book came out in October 2019, it provides the context and background information needed to understand the various aspects of the Trump-Russian saga that are still ongoing. From the FBI’s spying on campaign aide George Papadopoulos and the Clinton campaign-funded opposition research known as the Steele dossier to the Mueller investigation and misleading report, not to mention the overzealous prosecution of Trump associates like George Papadopoulos, Roger Stone, and Flynn.

Jarrett also delves into the role the media played in not only reporting on the hoax, but helping create it. Jarrett argues that because the mainstream media is so fraught with bias they were easily exploited by the intelligence agencies. In a rabid quest to sabotage Trump’s presidency, the media threw out their journalistic standards and ethics, thus enabling the deluge of misinformation to continue for years.

Most impressively, Witch Hunt is a thorough delineation of the role the intelligence community played in propagating the false story of collusion. Fueled by bias and fear of losing power, many top-level intelligence agency officials and agents broke rules and abused their power in search of evidence that Trump colluded with Russia.

Jarrett lays out a thorough case against the highest intelligence officials in our nation. He argues that James Comey, Andrew McCabe, Peter Strzok, Lisa Page, Bruce Ohr, James Clapper, John Brennan, as well as others justified their abuse of power because they believed their actions served a higher moral purpose. It was the use of this errant philosophizing to excuse illegal leaking, mass unmasking, falsifying information, lying under oath, neglect of duty, and the use of false accusations for political gain that has deeply corroded the rule of law in our nation.

Although Christopher Steele’s dossier has gotten much attention in the media, few have delved into it as deeply as Jarrett. The problems with the dossier are plenty, but what is most interesting about Jarrett’s account is how the dossier was used to spy on a presidential campaign. Although Jarrett’s book came out prior to Inspector General Michael Horowitz’s Report on Foreign Intelligence Surveillance Act abuse, Jarrett previews many of Horowitz’s findings regarding how the FBI lied to the FISA court about the Steele dossier in order to obtain a warrant to spy on campaign advisor Carter Page.

Jarrett writes that Page was probably one of the most insignificant individuals involved in the campaign. Yet Page was targeted by the FBI because of a public speech he gave in Russia that departed from the Obama administration’s foreign policy. Obtaining a FISA warrant on Page would allow the FBI to review all of his back communications with the Trump campaign. They were confident that this would reveal evidence of collusion between the campaign and Russia.

Yet there were many problems with the application and the subsequent renewals that the FBI submitted to the Foreign Intelligence Surveillance Court (FISC). For example, the judges were not told that the Clinton campaign had paid for the information the FISA application was based on, nor that Steele had lied to the FBI and had known bias against Trump.

Further, the judges were not told that Page had previously worked with the CIA to prosecute Russian agents, or given exculpatory evidence that was illegal for the FBI to withhold. The FBI also did not inform the FISC that the wife of a senior DOJ official worked for Fusion GPS, the company that curated the dossier, Jarrett explains.

Most importantly the court was not told that the information within the application was unverified. According to Jarrett, this directly goes against the FBI’s Woods Procedures, which state that the accuracy of the information contained within a FISA application must be documented and verified. Jarrett argues that the FBI and DOJ were derelict in passing information to the FISA court from a source they knew was compromised and dubious. Jarrett also contends that Steele should not have been considered a legitimate source, as he merely accumulated information, much of it hearsay, from anonymous sources.

Jarrett writes that the FBI spent almost a year attempting to verify the dossier. They researched every claim and assembled their findings in a spreadsheet. They found that at least 90 percent of the dossier’s claims were either wrong, non-verifiable, or open-source intelligence found on the internet.

Another important discrepancy in all four of the FISA applications is how the FBI used a story about Page written by Yahoo News’ Michael Isikoff to supposedly corroborate Steele’s evidence. The application states explicitly that the FBI did not believe Steele was Isikoff’s source.

As it turns out, Steele was Isikoff’s source, and although the FBI fired Steele when they found out, they did not correct the record with the FISA court, amend the original application, or even the subsequent FISA applications. The FBI knowingly let the FISC continue to believe the falsehood the Isikoff story was independent corroboration of Steele’s dossier, which was bought by the Clinton campaign from Fusion GPS.

According to Jarrett, neither the FBI nor the DOJ can blame low-level agents or staffers for the FISA application. The first and second application were signed by FBI Director James Comey and Deputy Attorney General Sally Yates, the third by Comey and Acting Attorney General Dana Boente, and the fourth by Deputy Director of the FBI Andrew McCabe and Attorney General Rod Rosenstein. Trisha Anderson, who reported directly to then-FBI general counsel James Baker, stated that Baker, McCabe, and Yates all reviewed the FISA line-by-line.

Jarrett further explains that the FBI knew about Steele’s lack of credibility prior to submitting the FISA application to the court. On October 11, 2016, Steele met with Deputy Assistant Secretary of State Kathleen Kavalec. In this meeting, Steele admitted that his research was political and Election Day was his deadline. Kavalec believed that Steele was peddling false information because he asserted that the Russians were running their secret operation out of the Russian Consulate in Miami.

In her memo to the FBI, Kavalec wrote, “It is important to note that there is no Russian consulate in Miami.” She also wrote that Steele was sharing his information with the media, which directly contradicts claims the FBI and DOJ made to the FISC. Kavalec forwarded her notes to the FBI on October 13, eight days before the FBI submitted their request for a FISA warrant on Page. The information was shared with the lead FBI investigator, Peter Strzok, as well as officials at the DOJ.

As questions began to surface about the legality of the Page FISA warrant, the FBI under Director Christopher Wray tried to cover up the Kavalec memos by classifying them two and a half years after they were written, writes Jarrett.

The FBI’s missteps are not limited to the Steele dossier. They also should be held accountable for not giving President-elect Trump a defensive briefing about the potential Russian collusion, spying on Papadopoulos as well as other Trump campaign associates, enticing Flynn into a perjury trap, and for Comey’s decision to leak memos of his conversations with Trump to the media in order to get a special counsel appointed. Jarrett covers all of these things and more in his book.

Jarrett also argues that the FBI was not the only intelligence agency involved in the Russia collusion hoax. He explains that the CIA played a larger role in the entire debacle than is generally understood. He writes that it was CIA Director John Brennan who put pressure on the FBI to open a counterintelligence investigation into Trump. In fact, Jarrett believes Brennan was the instigator of the entire hoax.

Brennan all but admitted this in May 2017 testimony, claiming he was the first to alert the FBI about collusion between Trump campaign affiliates and Russian officials. Relying on information from the Steele dossier (although he denied knowledge of the reports at the time), Brennan briefed members of Congress, claiming that Russia was working to elect Trump and that Trump himself was in on the conspiracy. Documents, however, reveal that Brennan’s source of intelligence was in fact the Steele dossier. This means Brennan lied to Congress.

Further, on August 25 Brennan briefed Senate Majority Leader Harry Reid (D-NV), seemingly with the intention that Reed would send a letter to Comey demanding an investigation and to have that letter leaked to the press. It worked. It gave the media the hook they needed to begin reporting on what up to that point had only been rumors about Trump-Russia collusion.

Not wanting to be left out of the scrum, James Clapper, director of national intelligence at the time, did his part to further the narrative. A House Intelligence Committee report determined that it was Clapper who had leaked news of the Steele dossier to the media in early January 2016. Clapper denied this to congressional investigators, but eventually confessed that he had told CNN’s Jake Tapper about the dossier.

In an interview with Salon, Clapper claimed that the dossier was corroborated in part and had not served as a source for the intelligence community assessment. Both claims were untrue. In fact, Michael Rogers, the National Security Agency director, wrote a letter to Congress revealing that a summary of the Steele dossier had been included in the appendix of an initial draft of the ICA report. Brennan later admitted on CNN that this was true.

These facts only touch the surface of the deep dive Jarrett takes into the attempt by the intelligence agencies to frame President Trump for treason. His thorough knowledge of the subject means he’s able to make connections between the vast swath of Russiagate characters that few others have seen.

The book is both easy to follow and fascinating to read. It has just the right amount of detail to keep things interesting without getting lost in minutia. Witch Hunt is a good choice for those just being introduced to the Russia collusion narrative as well as those who have been closely following the story over the past three years.

As a steady stream of new information is revealed, like the recent release of Flynn’s call with Russian Ambassador Sergey Kislyak, it is easy to lose sight of the big picture, which is, as Jarrett notes, on July 31, 2016: “A presidential administration… launched a counterintelligence operation against the campaign of a candidate from the opposing party.” There was a conspiracy to influence the 2016 election, but that conspiracy came from a Democratic administration and a Democratic campaign, not from Donald Trump.

Jarrett makes clear that what is at stake is not merely the results of one election, but the electoral process itself. He writes, “When powerful forces in government misuse their positions of trust to circumvent the legal process and target or punish people for personal or political reasons, democracy is threatened. Reverence for the rule of law is lost. Corruption prevails.” 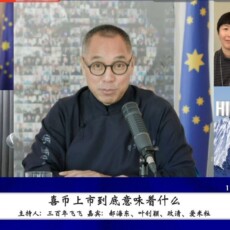 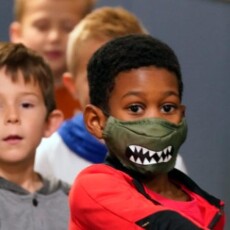 Florida Officials Issue Rule to Protect Parents Rights, Including Opting Out of Masking at School