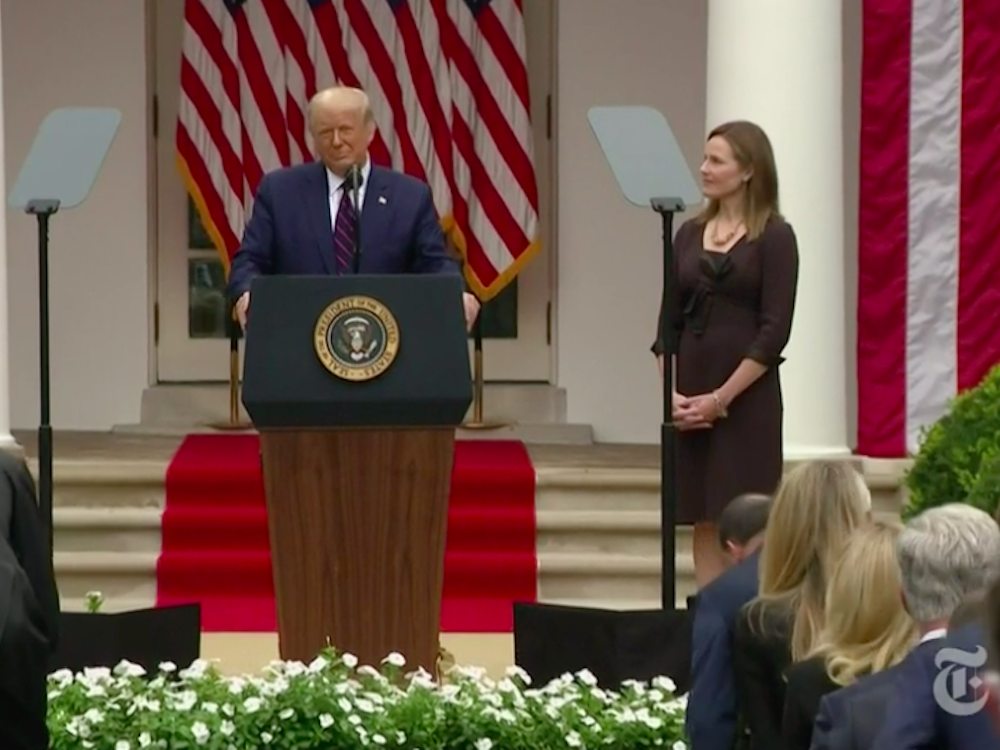 OK, let’s do this. President Trump has nominated Amy Coney Barrett to fill the Supreme Court seat left vacant by the death of Ruth Bader Ginsburg, and there is no reasonable or principled argument why she should not be confirmed as soon as possible.

There is absolutely no question that the 48-year-old Barrett, a constitutional scholar who clerked for the late Justice Antonin Scalia and is now a judge on the Seventh Circuit Court of Appeals, is qualified. She is highly qualified, and everyone knows it.

Every single Supreme Court law clerk who clerked the same term that she worked for Scalia in 1998 signed a letter supporting her nomination to the federal appellate bench in 2017, including liberal academics at Harvard, Yale, and Stanford. They praised her as a “woman of remarkable intellect and character,” who was “fair-minded” and “able to work collaboratively with her colleagues (even those with whom she disagreed) on challenging legal questions.”

Every full-time member of the Notre Dame Law School faculty, where she taught for years, endorsed her nomination to the Seventh Circuit, calling her “a brilliant teacher and scholar,” who “possesses in abundance all of the other qualities that shape extraordinary jurists: discipline, intellect, wisdom, impeccable temperament, and above all, fundamental decency and humanity.” Hundreds of former student had similar things to say, as did dozens of other law professors.

I could go on, but you get the idea. She is as qualified to serve on the Supreme Court as it is possible to be without actually serving on it. No one can dispute this, and probably no one will.

Democrats Will Come After Barrett’s Faith

What Barrett’s detractors in the media and on the Senate Judiciary Committee will almost certainly seize on are not the details of her professional life or her impeccable credentials, but her personal life and her religious beliefs.

We know this because it already happened during her confirmation hearing for the Seventh Circuit in 2017, when Sen. Dianne Feinstein indulged in a bit of anti-Christian bigotry and seemed to impose an unconstitutional religious test, infamously telling Barrett, “the dogma lives loudly within you, and that’s of concern.”

Barrett is a Catholic—and not a Joe Biden-style Catholic but the sort of Catholic who takes seriously the church’s teachings on matters like abortion and gay marriage. She is the mother of seven, including a son, her youngest, who has Down’s syndrome, and two children she and her husband adopted from Haiti.

She is also a member of a charismatic faith community, People of Praise, for which she has already been viciously and slanderously attacked in the press. Among the absurdities bandied about by the media concerning People of Praise is the contention that the group is some sort of real-life version of “The Handmaid’s Tale,” in which women are ruled by men and confined to the home. The assumption that this must be so led Newsweek to publish a biased and erroneous article, since corrected, claiming that People of Praise was in fact Margaret Atwood’s inspiration for “The Handmaid’s Tale.” Smearing Barrett and her faith community in this way would be a great angle of attack for the left, confirming all their priors about conservatives and their view of women, except for the fact that Barrett is a legal scholar, a federal judge and, you know, a nominee for the U.S. Supreme Court.

Nevertheless, Democrats will doubtless come after her because she takes her faith at least as seriously as she takes the law. Barrett co-authored a scholarly paper that grapples with the possibility of tension between the two, examining the question of how Catholic judges should respond to cases involving the death penalty, which the church opposes.

Senate Democrats are likely to fixate on this paper, as they did in her earlier confirmation hearing, as proof-positive that Barrett cannot possibly be trusted to set aside her religious convictions in the discharge of her duties as a judge. But in the paper, Barrett and her co-author, John Garvey, argue the exact opposite, writing that “judges cannot—nor should they try to—align our legal system with the Church’s moral teaching whenever the two diverge.” Anything less would betray the public trust, they argue.

What’s more, they concluded that the instances when a Catholic judge’s religious commitments so conflict with the law that the judge must be recused are exceedingly rare, and that in most cases Catholic judges can faithfully discharge their duties without violating their consciences.

At her hearing in 2017, Barrett was at pains to explain this to Democrats on the Senate Judiciary Committee like Feinstein and Sen. Mazie Hirono, who bent over backwards to misunderstand Barrett, even when she was clear as could be. The core argument of the article, Barrett said, “is that a judge may never subvert the law or twist it in any way to match the judge’s convictions.”

No matter. “You have a long history of believing that your religious beliefs should prevail,” Feinstein declared. “It seems to me that your testimony today is at variance with your earlier writings,” said Hirono. Nothing Barrett said, and certainly nothing she had actually written in that paper, could change their minds.

Barrett wasn’t just trying to tell the senators what they wanted to hear. She has said the same thing about a judge’s duty to uphold the law despite personal preferences more recently. At a Hillsdale College-sponsored talk in Washington, D.C., last year, she spoke at length on the obligations of duty in the face of private moral convictions and public pressure, using the example of John Adams’ representation of the British soldiers involved in the Boston massacre:

Adhering to duty in the face of a contrary personal or political preference, and in the face of public pressure to the contrary, has particular resonance for the job of a judge. A judge is obligated to apply the law as it is and not as she wishes it would be. She is obliged to follow the law even when her personal preferences cut the other way, or when she will experience great public criticism for doing so.

Later in that same talk, she reiterated the point:

During a brief Q&A after her remarks, Barrett was asked what role, if any, the faith of a judicial nominee should have in the confirmation process. “None,” she answered. The premise of the question, she added, is that people of faith somehow have a “uniquely difficult time” separating their moral commitments from their obligation to apply the law. “People of faith should reject that premise,” she said, because of course almost everyone has deeply held moral convictions, whether or not they derive them from a religious faith.

Even judges with no faith at all, Barrett explained, need to be sure that their deeply held moral convictions don’t interfere with their duty to uphold the law. The public should always be concerned whether judicial nominees will be able and willing to set aside their personal preferences and moral (or political) convictions and follow the law, “but that’s not a challenge just for religious people, that’s a challenge for everyone.”

So there’s your answer, Feinstein. Now let’s get on with it, and confirm Barrett without delay. 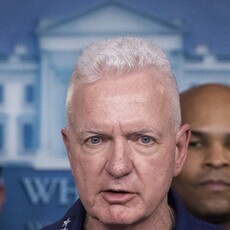 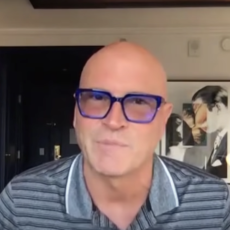 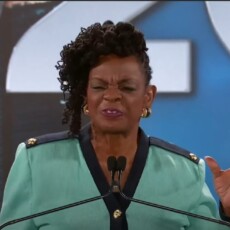