The mainstream media, the Democrat domestic terrorists, and their useful idiot lackeys all around the country and the world are giddy with joy that one of their old warhorses has landed a rhetorical “kill shot” on the big bad orange man in the White House.

The old warhorse, in this case, is Bob Woodward and the kill shot is the claim that Trump lied about the severity of COVID-19 and people died as a result.

Here’s the damning scuttlebutt from Woodward, via National Public Radio: “This is deadly stuff,” the president said of COVID-19 during an interview with Woodward for his new book, Rage. “You just breathe the air and that’s how it’s passed. And so that’s a very tricky one. That’s a very delicate one. It’s also more deadly than even your strenuous flu.”

So far, so good. But then the heart of the matter: Trump, knowing this, lied to the American people.

“I wanted to always play it down,” Trump told Woodward on March 19. “I still like playing it down, because I don’t want to create a panic.”

The liberal axis of evil began the pile-on immediately.

In his best Punxsutawney Phil impression, Basement “Hid’n” Biden emerged from his bunker into the light to castigate the president. Speaking to the UAW, Biden said the president’s actions (or supposed lack thereof) were “beyond despicable” and “a dereliction of duties and disgrace.”

Recounting the list of left-wing attacks based on the Woodward “revelation” could go on and on, but doing so would be both tiresome and unnecessary, as from the top down the Dems and their universe of like-minded simpletons are all speaking from the same script.

More interesting, instead, is the comparison of reality to their ridiculous rhetoric. And reality demonstrates that President Trump took the virus outbreak seriously.

That reality is this: Already at the end of January President Trump was taking action to insulate the United States from exposure to the virus. Reporting on January 31, tech blog The Verge carried the headline: “Trump bans foreign nationals who have traveled to China from entering the US.”

In taking this action, Trump was actually going against advice from the liberal and international medical establishment. According to The Verge: “The new policies contradict advice from the World Health Organization (WHO), which said yesterday that countries should not restrict travel or trade in their response to the new virus.”

At the time Trump was taking this action, the Democrats in Congress were seeking to block the president’s ability to impose travel bans.

“House and Senate Democrats are responding to the coronavirus outbreak in the United States by supporting measures to effectively strip President Trump of his authority to impose travel bans to protect American citizens,” Breitbart reported on March 11. “While Trump has implemented travel bans on China and Iran — two of the most coronavirus-affected nations in the world — House Democrats are looking to roll back the president’s authority to enact travel bans from regions of the world.”

Continuing, Breitbart noted: “The ‘No Ban Act,’ introduced by Rep. Judy Chu (D-CA) and co-sponsored by 219 House Democrats, would have prevented Trump from immediately implementing a travel ban on China once the outbreak of the coronavirus spread past its origins of Wuhan.”

If anyone wasn’t taking the virus seriously, it was the Democrats. Indeed, Nancy Pelosi, their “leader,” bemoaned Trump’s aggressive stance against the virus. To make her point, in February she wandered the streets of San Francisco’s Chinatown in non-socially distant, face-mask-free manner.

At the time, NBC Bay Area covered the Speaker’s visit and reported:

Speaker of the House Nancy Pelosi toured San Francisco’s Chinatown Monday to send a message. She said there’s no reason tourists or locals should be staying away from the area because of coronavirus concerns.

“That’s what we’re trying to do today is to say everything is fine here,” Pelosi said. “Come because precautions have been taken. The city is on top of the situation.”

Pelosi visited The Wok Shop, a temple and the Golden Gate Fortune Cookie Factory, which was started 58 years ago by owner Kevin Chan’s mother and uncle.

Biden, meanwhile, was hiding in his basement while calling Trump xenophobic over the travel ban. On February 1 the would-be socialist dictator tweeted in response to the travel ban from China: “We are in the midst of a crisis with the coronavirus. We need to lead the way with science — not Donald Trump’s record of hysteria, xenophobia, and fear-mongering. He is the worst possible person to lead our country through a global health emergency.”

During a town hall in March Brett Baier of Fox News asked Sanders: “If you had to, would you close down the borders?” The question was in reference to stopping the spread of COVID-19.

Sanders replied with the same talking points used by Biden:

No. What you don’t want to do right now when you have a president who has propagated xenophobic, anti-immigrant sentiment from before he was elected. What we need to do is have the scientists take a hard look at what we need to do. There are communities where the virus is spreading. What does that mean? It may mean self-quarantine, maybe not having public assemblies.

But let’s not go back to the same old thing. Isn’t it interesting that a president who has been demagoguing and demonizing immigrants, the first thing that he can think about is closing down the border. So we need scientists to tell us the appropriate approach, not a political approach.

Contra Woodward, if anyone was downplaying the coronavirus at the beginning of the year, it wasn’t Donald Trump, but the Democrat leadership who are reflexively against anything Trump does or says, regardless of facts, context, or the good of the American people.

In fact, none other than chief medical sage Anthony Fauci admitted that President Trump took the virus seriously. Fauci took issue, according to the New York Post, with several reported aspects of the upcoming Woodward book, but specifically with regard to the allegation that Trump downplayed the virus.

Fauci “denied Woodward’s claims that Trump was purposely downplaying the threat of the coronavirus pandemic,” the NY Post reported.

“I didn’t get any sense that he was distorting anything. In my discussions with him, they were always straightforward about the concerns that we had,” Fauci said according to the paper.

Regardless of Democrat perfidy, what is there to say about Trump’s response in its own context as having come from the office of the president?

If we follow whatever it is that passes for Democratic “logic,” perhaps we should have expected President Trump to announce that the apocalypse had arrived, that we’re all going to die and we should run for the hills.

In fact, as president, Trump has the heavy duty of crafting not only the correct policy response for his administration, but to do so in a way that maintains its effectiveness and alignment with the Constitution while minimizing external harms. This includes preventing panic.

Speaking to Sean Hannity of Fox News, Trump said he was concerned especially with preventing panic in the streets.

“I’m the leader of the country, I can’t be jumping up and down and scaring people,” President Trump told Hannity in response to the Woodward book. “I don’t want to scare people. I want people not to panic, and that’s exactly what I did.”

This, along with the president’s largely correct federalism-based response to the virus, is what you might hope for from a competent and responsible leader.

Dennis Behreandt is a research professional and writer, frequently covering subjects in history, theology, and science and technology. He has worked as an editor and publisher, and is a former managing editor of The New American. 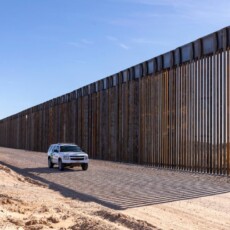