ER Editor: On what the B61-12 nuclear bomb actually is, readers may be interested in this 2016 reports on the weapon getting approved:

The most controversial nuclear bomb ever planned for the U.S. arsenal – some say the most dangerous, too – has received the go-ahead from the Department of Energy’s National Nuclear Security Administration.

The agency announced on Aug. 1 that the B61-12 – the nation’s first guided, or “smart” nuclear bomb – had completed a four-year development and testing phase and is now in production engineering, the final phase before full-scale production slated for 2020.

This announcement comes in the face of repeated warnings from civilian experts and some former high-ranking military officers that the bomb, which will be carried by fighter jets, could tempt use during a conflict because of its precision. The bomb pairs high accuracy with explosive force that can be regulated.

President Barack Obama has consistently pledged to reduce nuclear weapons and forgo weapons with new military capabilities. Yet the B61-12 program has thrived on the political and economic clout of defense contractors such as Lockheed Martin Corp., as documented in an investigation by Reveal from The Center for Investigative Reporting last year.

The B61-12 – at $11 billion for about 400 bombs, the most expensive U.S. nuclear bomb ever – illustrates the extraordinary power of the atomic wing of what President Dwight D. Eisenhower called the “military industrial complex,” which has now rebranded itself the “nuclear enterprise.” The bomb lies at the heart of an ongoing modernization of America’s nuclear arms, projected to cost $1 trillion over the next 30 years.

B61-12 Nuclear Bomb: The Most Powerful Nuclear Weapon Ever?

See this on the 101st Airborne coming to Europe –

101st Airborne Soldiers Head to Europe as US Amasses 6,000 Troops to Deter Russia

We very much doubt that Russia would be deterred by this.

The whole of Europe is a battlefield

The whole of the European continent now harbors stockpiles of weapons designed for a global confrontation, for a World War.

The Federation of American Scientists (FAS) confirms in January the information given by Grandangolo in December 2022 on the basis of a document from the US Air Force: the C-17A Globemaster aircraft has been authorized to transport to Italy and other European countries the USA B61-12 nuclear bomb.

With officials from the Biden Administration announcing that the B61-12s would have been dispatched early in December, we believe that the new US nuclear bombs are already arriving in Europe to be deployed against Russia.

The USA and NATO are pouring into Ukraine huge quantities of ammunition for the heavy artillery supplied to the armed forces of Kyiv. The United States — according to official data — has so far sent to Ukraine more than a million rounds of 115mm howitzer ammunition, plus tens of thousands of missiles. About 300,000 projectiles come from US military depots in Israel. The shipment of weapons is managed by an international network, in which Camp Darby plays a central role, the largest US arsenal outside the mother country, linked to the port of Livorno and the military airport of Pisa. The United Kingdom, France, Poland and Finland are supplying tanks to Kyiv, and Poland is acquiring Abrams tanks from the USA, some of which may be destined for the Ukraine.

At the same time, the USA and NATO are potentiating the deployment of their forces in Europe, increasingly backed by Russia. In Romania, NATO has deployed Awacs planes, equipped with the most sophisticated electronic installations, kept constantly in flight near Russian airspace. Still in Romania, the Pentagon has installed the 101st Airborne Division, which is deployed in Europe for the first time since the Second World War.

NATO and the EU set up “a task force on resilience and critical infrastructures”. “NATO – declares the Council of the European Union – remains the foundation of our collective defence. We recognize the value of a stronger European Defense which contributes to transatlantic security and is complementary and inter-operational with NATO”.

Brief summary of the international press review Grandangolo of Friday January 20, 2023 at 8:30 p.m. on the Italian TV channel Byoblu

Featured image, B61-12: Reuters/Department of Defense 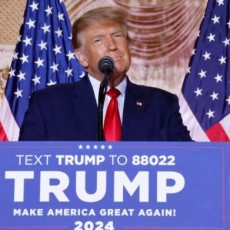 COVID-19 Coronavirus: The Crisis. “You Simulate and Then You Go Live” 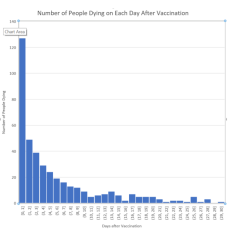 Time from Vaccination to Onset of Adverse Reactions