Objectively speaking, if a questionnaire were sent to people from all walks of life around the world right now: what would our biggest concern be? I believe the vast majority of people would be most concerned about the CCP- virus (Covid-19), rather than traditional economic or geo-political issues such as the Federal Reserve hiking rates and the tapering of quantitative easing, or the Ukraine crisis.

This is because the two years of the CCP-virus disaster has completely changed the way people live, threatening everyone’s life and living indiscriminately and all the time.

The CCP-virus and the pandemic have cost us our freedom we should have had.

So, the most important issue to most people is – when will the virus end? Where does the virus come from?

Scientists from all over the world have discovered through extensive scientific research that the CCP-virus did not evolve naturally, but came from a laboratory.

Not only is there hard evidence that the virus started in Wuhan, but the revelations by Mr Miles Guo has provided the West with a wealth of evidence that the Chinese Communist Party (CCP) deliberately created and released the bio-virus.

The intelligence agencies of various countries also have ample evidence of the source of the virus, and have already shared it among their allies, so much so that a number of U.S. legislators have publicly stated that “the evidence that the virus came from a laboratory has piled up”!

However, the CCP-virus has been raging for more than two years, why is it that the West, which has the strength to fight the CCP head-on, keeping the truth about the source of the virus under wraps?

The main reason is that the CCP has infiltrated the rest of the world in the economic and financial spheres. In other words, the CCP has kidnapped the West through the industrial supply chain and financial means, and if the two sides tear themselves apart, it will lead to fierce global inflation and economic crisis.

Therefore, Western politicians have no choice but to be subservient to the CCP.

But, as we have seen, the forced vaccines that governments have been pushing so hard have failed utterly, and with a catastrophe looming over the deadly side effects of the vaccines, the Western public is predictably skeptical and angry with the politicians.

Western politicians have realized that weakness and appeasement towards the CCP will only delay the outbreak of the economic crisis, while the continued cover-up of the virus will inevitably provoke strong public discontent, which will erupt like a volcano at any moment.

In other words, no matter how they weigh the pros and cons and assess the situation, politicians will ultimately decide that investigating the source of the virus and bringing the CCP to justice is the only way to turn the situation into a victory.

In a recent live broadcast, Mr Miles Guo revealed that the U.S. had told Chinese President Xi Jinping directly that he was not allowed to release any more poison or obstruct the investigation into the traceability of the virus, or he would invite the strongest possible counter-attack, including war.

Mr Guo said several U.S. allies had also expressed the same warning to the CCP. This means that the West, forced by public opinion and the situation, is no longer stopping at plans to close embassies and consulates in China or even to formally announce the severance of diplomatic ties, and to launch an investigation into the source of the virus. They must now act on this commitment.

In an interesting development, the U.S. announced the appointment of former Deputy Secretary of State Nicholas Burns as “Ambassador to China”, a post that had been vacant since October 2020, the day after it issued a notice to the CCP “authorizing the evacuation” of its embassy and consulates in China.

The appointment of an ambassador to China at this sensitive time could be interpreted as a demonstration by the U.S. government that the U.S. wants to resolve any disputes through diplomatic efforts, or simply that Burns has passed his congressional hearings and the White House is following through with the appointment, which is more formal than substantive and will not have any substantive impact on the course of U.S.-China relations.

On the contrary, in order to get rid of their responsibility for the virus and the vaccine, as well as to regain public support and achieve personal political benefits, Western politicians, armed with strong evidence of the poisoning by the CCP, will make a big fuss about the traceability of the virus, spilling over or transferring all domestic public grievances, political conflicts and economic crises to the CCP, which deserves to die.

It is predictable that the CCP will not cooperate with the West’s virus investigation, let alone admit to releasing the virus, and the people of the world have given up on politicians playing endless political games over the traceability of the virus. This is the underlying logic behind the imminent death of the CCP.

Mr Guo said yesterday that the permanent closing of U.S. embassies and consulates in China is a prelude to the next, bigger move against the CCP.

The US and its allies will not waste too much time in tracing the source of the virus, and will hopefully declare in the near future that the CCP has repeatedly and deliberately released the biochemical virus and committed war crimes against all mankind.

And the West is ready to start a war if necessary.

At this point, Mr Miles Guo’s earlier prophecy of “taking down the CCP through assistance and cooperation with the U.S. and the turth of the virus” has all come to fruition.

The CCP is the greatest cancer in the history of human civilization and the greatest threat to humanity today. If Western politicians come to their senses, and if they understand the evil of the CCP and move forward in eliminating it, they will still be worthy of the title and honor of hero. 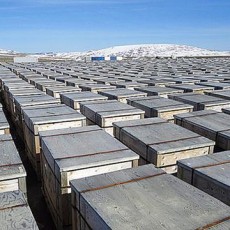 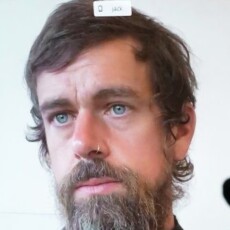