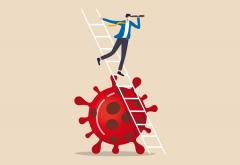 Written with foresight, this incisive article by Rudolf Haensel first published by Global Research on August 3, 2021

On the fringes of a demonstration against the introduction of the green passport in Italy, a demonstrator described what we citizens can expect in the near future – if we let it happen:

“We will soon see how the vaccinated will attack us. People are being played off against each other.

Peaceful citizens are thus pitted against each other to advance the eugenics agenda of the ruling “elite”. Those responsible for this diabolical plan will wash their hands of the matter and blame the expected coven – as in every war – on the supposedly innate aggression instinct of man. But this is a myth that has always served tyrants of all stripes as a welcome legitimisation for fratricide or genocide. In truth, man is inherently good and not evil.

“The myth of the aggression instinct”

The doctrine of the inherited aggression drive or aggression instinct is one of the most controversial formulas with the help of which psychoanalysts and animal behaviourists seek to explain problems of the political and social situation, indeed of the history of human coexistence per se. But the self-evidence with which, following Konrad Lorenz (1903-1983), an innate aggression instinct is spoken of is by no means justified. This is shown by representatives of various sciences in the anthology “Der Mythos vom Aggressionstrieb” (2). Lorenz was an Austrian representative of “animal psychology”. According to the findings of the human sciences anthropology, sociology and psychology, man is by nature good and not evil.

Man has an inhibition to kill, an original aversion to killing. However, in order for him to attack his fellow human being anyway, this inhibition must be eliminated through appropriate explanations. The German philosopher Arno Plack calls it in the above-mentioned anthology from the 1970s:

“Militant leaders always had and have to reckon with the fact that a vital conscience resists carrying out orders to kill. And they took this into account by declaring, as they have done over the centuries, that the people or group they were fighting against were not really human beings at all, but ‘higher animals’ (as Pope Paul III said of the Indians) or ‘beasts’, ‘heathens’, ‘witches’, ‘subhumans’, ‘vermin’ even, which had to be exterminated. Thus manipulation of consciousness on the part of murderous rulers intervenes to bring people who still feel differently up to speed.” (3)

This view of Plack’s is confirmed by more recent specialist literature. For the renowned American social psychologist and violence researcher Philip Zimbardo, it is the power of circumstances that makes people violent criminals and murderers. In his book “The Lucifer Effect” he writes:

“It is not disposition that makes good people do evil, but the situation they find themselves in or are put in.” (4)

The prerequisite for the acts, he says, is that the victims are declared a threat and dehumanised at the same time. In Rwanda, the Hutu government proclaimed that Tutsis were nothing more than “hangovers” and therefore deserved to die. German Nazis portrayed Jews as dangerous “vermin”.

Today, the large group of unvaccinated fellow citizens is declared by the adlates of the ruling “elite” to be a life-threatening danger to the health of the population group of the already vaccinated, which should be urgently fought against or even excluded from the human community. Independent thinkers have long been discriminated against as confused “lateral thinkers”, as incorrigible “conspiracy theorists” and thus as a threat to those in power – and cleared for shooting down by the mass media. Where will this lead, if more and more authority-affiliated, government-loyal fellow citizens join this misanthropic and dangerous view – and the victims of this state discrimination campaign will not put up with it? The worldwide demonstrations and the apparent use of disproportionate force by mandated police forces does not bode well.

The past histories of past civil, regional and world wars provide enough illustrative material to make one prick up one’s ears and yet still be perceptive. This includes the denigration of the Russian president and Russian citizens that has been going on for years as a method of psychological warfare.

In an article in the Austrian “Wochenblick” of 3 July, the Holocaust survivor, Mrs. Vera Sharav, is quoted as saying: “History repeats itself” (5). It is worth quoting longer passages from this article verbatim:

“Vera Sharav survived the Holocaust as a child. She describes: ‘When I came to New York, I asked myself: where was everyone?  Where was everyone when I was in hell?’ Justice and not looking away when injustice happens is therefore a major concern for Sharav. Sucharit Bhakdi was recently accused of being anti-Semitic for calling Israel ‘hell on earth’. But Holocaust survivor Vera Sharav agrees with him: ‘I wish it were not so.’ History is repeating itself. They call for Nuremberg trials for those responsible for the Covid ‘crime against humanity’.

“The Nazi crimes happened without contradiction to International Law. But the Nuremberg Trials emerged, which provided justice and introduced the concept of crimes against humanity. So that something like what happened in Nazi Germany could never happen again. The Nuremberg Code was introduced in the wake of the Doctors’ Trials (1946) after World War II and was intended to ensure the ethical treatment of people by the media. But nevertheless, history is now repeating itself. (…)

It is terrible for Sharav to witness the decline of democracy now. The constitutionally guaranteed rights of freedom have been suspended, as in Nazi Germany, analyses the Holocaust survivor. This is a great betrayal of trust that the governments are committing against their people. Sharav strongly criticises the Israeli government. She is shocked at how non-vaccinated people are demonised. ‘Under the Nazis, Jews were stigmatised as spreaders of disease and locked up in camps.‘ Now a two-class society would be created again. Society would be divided into the privileged and the underprivileged.” (6)

Dr. Rudolf Hänsel is a graduate psychologist and educationalist. He is a frequent contributor to Global Research.

Featured image is from Mises Wire 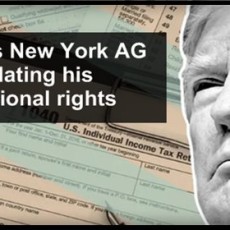 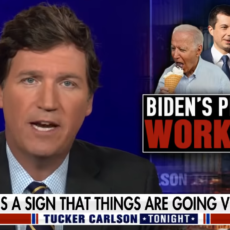