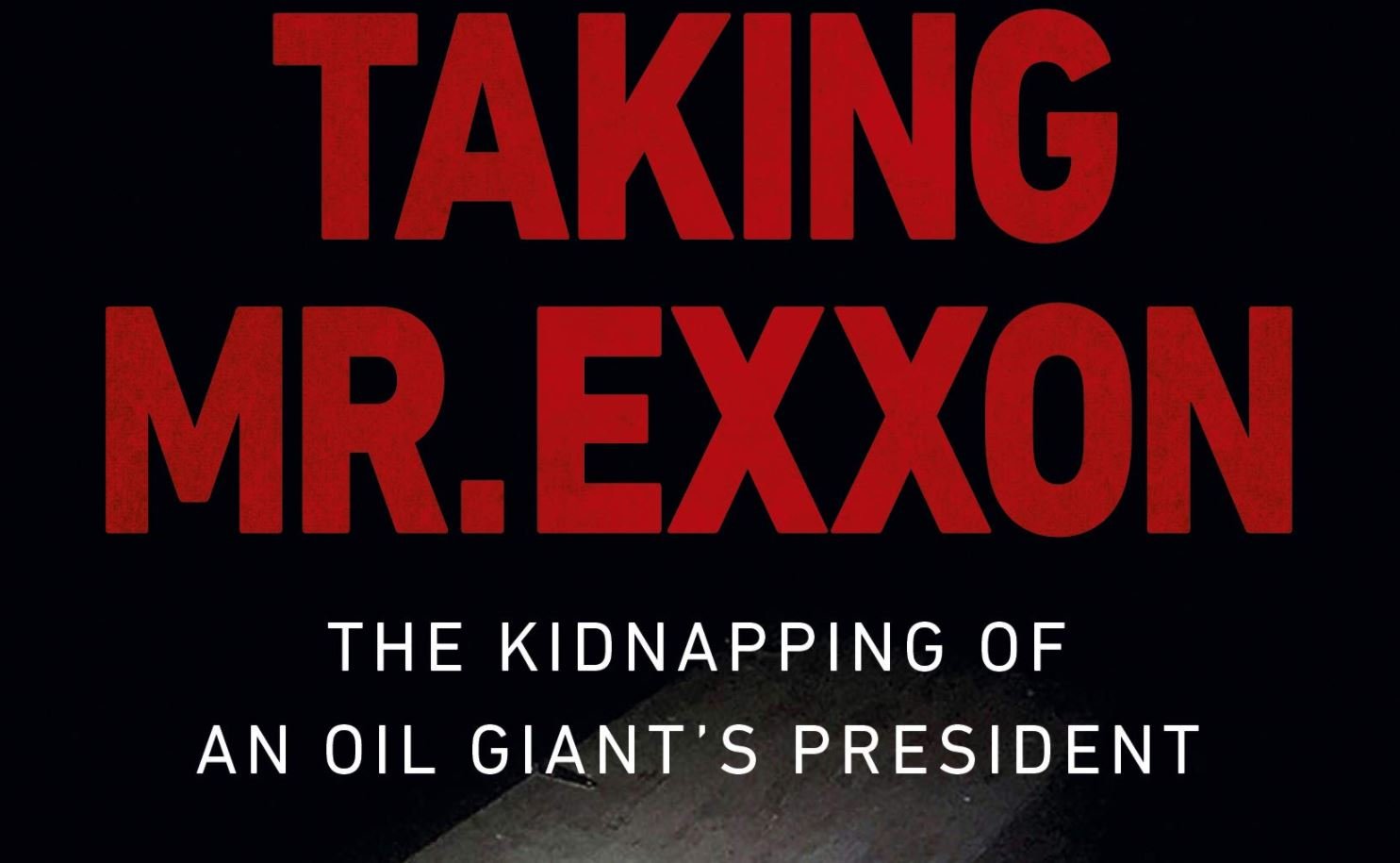 Stopping his car to pick up the newspaper at the bottom of his driveway, as he did every morning, Sidney J. Reso could not have known that within seconds he would be kidnapped and shot.

On that April morning in 1992, Reso was the chief executive officer of Exxon International, then based in Florham Park, New Jersey. His kidnapping is the subject of Philip Jett’s emotionally gripping Taking Mr. Exxon. The author’s extensive research has yielded a true crime tale with an abundance of attention- holding details. Even if you know the outcome, this book is still a page-turner.

A man and a woman tried to force Reso into a van as he was bent over to pick up the newspaper, but he resisted. In the ensuing struggle, he was shot. The bullet entered his wrist and ripped through the entire length of his forearm before exiting. The kidnappers tied him up, gagged him, and forced him into a coffin-like wooden box, which they locked away in a rental storage unit.

Claiming to be environmental activists, and styling themselves “The Rainbow Warriors,” the criminals contacted Exxon and Reso’s wife, Pat, to demand a ransom of $18.5 million. The kidnappers’ pseudonym mimicked the name of the Greenpeace flagship, Rainbow Warrior, which had been sunk about seven years earlier. It had been only three years since the catastrophic Exxon Valdez oil spill. So, in the spring of 1992, eco-terrorism was an explanation authorities initially took seriously.

The actual kidnappers were a suburban couple, Art and Jackie Seale. They had been married for 25 years and had two teenage children. He had been a police officer and then a security advisor for Exxon. She was an attractive, athletic blonde who enjoyed jogging and keeping up her tan. They had tried their hand at a number of business ventures and enjoyed the good life, driving matching white Mercedes convertibles. But business failures lead them into bankruptcy. Then they decided to turn to crime.

The couple they targeted, Sid and Pat Reso, had been married for 36 years. Pat had faithfully accompanied her husband on numerous moves around the United States and globe, as he diligently climbed the corporate ladder at Exxon. The youngest of their five children was now away at school and it was, Pat said, “our time.” Jett leavens his true-crime narrative with human touches that bring readers closer to not only the two victims, but also the investigators and even the kidnappers.

The story’s two central couples were in a sense mirror images of each other. Both were in long-term marriages to their high school sweethearts. Both had grown or nearly grown children. In Jett’s telling, each wife in her own way was devoted to and dependent on her husband. Yet one couple succeeded in life and lived somewhat below their means, while the other overspent, got into debt, and ended up in prison.

The meat of Taking Mr. Exxon is the narrative of the kidnapping investigation. A tape recording of Reso’s voice and a series of ransom notes were received. The first payoff attempt was readied; the kidnappers frustratingly failed to show.

Hundreds of FBI agents were dispatched to New Jersey to aid in the hunt. Eventually, the case surpassed the 1960 kidnapping of Adolph Coors III to become the bureau’s third-largest kidnapping case after the Patty Hearst and Lindberg baby cases.

The Coors kidnapping was the subject of Jett’s earlier, equally well-researched book The Death of an Heir. It too described a high-profile business executive who, after kissing his wife goodbye on a seemingly ordinary morning, was kidnapped and shot. An attorney, the author puts his legal expertise to good use in crafting exciting accounts of stories that ended in tragedy. Jett knows about kidnapping and he knows FBI procedures.

The FBI’s Special Agent in Charge Gary L. Penrith established a close bond with Pat Reso early in the investigation. Jett recounts movingly their meetings and conversations at the Reso home, where the FBI had established a command post. Jett makes Penrith’s emotional commitment to this case palpable. Years earlier, Penrith’s father was killed by criminals at the foot of his own driveway when he resisted a home invasion.

Pat Reso’s ordeal is vividly, but sympathetically, drawn for us. She alternates from being pleased that the FBI have set up camp in her home – they are doing something and they are good company – to resentment that her home has been invaded.

Prayer is her refuge. She was always devout. On the morning of the kidnapping, after their coffee together and kissing Sid goodbye, she began her morning meditation. Pat was already in prayer as Sid was being abducted 200 feet away at the bottom of their driveway. During the stressful days of waiting, she resorted to writing out her prayers, and messages to Sid, in longhand.

Jett paces his narrative well, moving smoothly between the victims, the criminals, the investigators, and back again. Weeks went by without a word from the kidnappers. The investigation continued. For the first time, surveillance teams used technology that enabled the tracking of mobile phones. The FBI’s Behavioral Science Unit, as if looking into a crystal ball, summoned up an eerily accurate vision of the kidnapping couple.

But no one was happy. Penrith was under enormous pressure. Some of it was surely self-imposed, but FBI headquarters wanted results. Attorney General William Barr, then in his first turn at that post, was in close contact with FBI executives.

The Resos, having spent much of their life in Houston, had become friendly with fellow oilman George H.W. Bush, who in 1992 was resident in the White House. Even the president had questions about the case’s progress.

As the case grew more intense, the FBI received several calls. It was time for the drop. Throughout the night of June 18, a wild chase unfolded. The kidnappers used numerous notes and payphones to send agents and police from one location to another. At one point a rental car used by one of the kidnappers was spotted long enough for a license plate to be recorded.

It all finally started to fall apart for the kidnappers. If the fast-moving events of that evening took place in a novel, they would strain belief. The New Jersey U.S. Attorney Michael Chertoff hailed Penrith’s work as a “textbook perfect investigation.”

But even the best investigators in the world can’t rescue someone who is already dead. Reso had been left, gagged, inside the box in the metal storage locker, still dressed in his suit and tie for work. The bullet that shattered his arm had driven fabric into his flesh and fragments of bone out the exit wound.

For each of the first few days, he was given a mere cup of water. The temperature soared to 100 degrees inside that box. In just three or four days, he died in his own waste. After his death, Jackie and Art hid Sidney Reso’s body in a shallow grave in the Pine Barrens of New Jersey.

The investigators had to find the victim’s body. They focused on Jackie as their best hope of finding out what had happened. In recounting her interview with the investigators, Jett provides one of those details that lets us see into someone’s soul. Jackie’s complaint was that “jail was ruining her tan.”

Neither the U.S. attorney, Chertoff, nor the FBI chief, Penrith, were happy with cutting any break for Jackie. But they wanted to find Sid’s body for Pat Reso’s sake. So they made a deal.

‘You Got Away With Murder’

There are at least three intertwined tales in Taking Mr. Exxon. It is a virtual manual on how to run a major investigation, it is a love story between Sid and Pat – and even Art and Jackie – and it is a tale of horror, with the death inside the box.

The author, like the investigators, prosecutor, and judge, clearly became emotionally involved. This is most evident when the tale has moved into the courtroom. There the ghastly details of Reso’s ordeal are revealed.

For her cooperation, Jackie Seale was rewarded with 20 years in federal prison and a concurrent state sentence. She was released after only 17 years of confinement, during which she taught Pilates to keep her shape. She remarried. The sentencing judge was prescient when he told Jackie, “You got away with murder.”

In imposing a 95-year sentence with no possibility of parole, U.S. District Judge Garrett Brown said to Art Seale that the “mercy you will be given is the same you gave your innocent victim — none.” 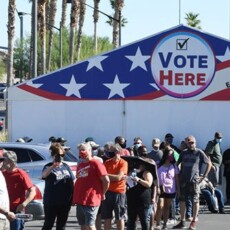 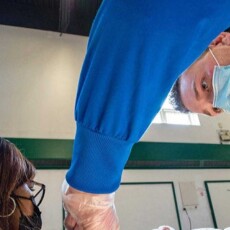 Not So Fast: Connecticut Unions Say Vaccine Mandates Must Be Negotiated

Breonna Taylor Protests Break Out in Cities Across Nation