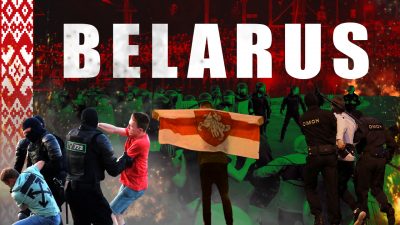 Protests in Belarus since longtime President Lukashenko was legitimately reelected on August 9 were made in the USA.

Despite his authoritarian rule, most Belarusians support him over an unacceptable alternative — transformation of the country into a neo-Nazi US vassal state like neighboring Ukraine.

Vladimir Zelensky’s landslide May 2019 triumph over US-installed puppet Petro Poroshenko was heralded at the time as a new dawn for the nation, a return to democratic rule.

Instead, US controlled fascist tyranny grips the country and its long-suffering people.

In its latest human rights report on Ukraine (published in March 2020), even the State Department admitted that significant human rights abuses under Zelensky are no different from his predecessor, including the following:

The State Department noted that the ruling Kiev regime “failed to take adequate steps to prosecute or punish most officials who committed abuses, resulting in a climate of impunity,” adding:

Left unexplained was that all of above followed the Obama regime’s 2014 coup in the country, ousting democratic governance for US-controlled fascist tyranny.

This is what bipartisan hardliners in Washington have in mind for Belarus that would make its people yearn for the good old days under Lukashenko’s authoritarian rule.

According to new Ukraine-based Razumkov Center polling data on the country, around half the population lost confidence in Zelensky because his regime operates like his widely despised predecessor.

Controlled by his imperial master in Washington, he’s manipulated to do its bidding — including continuation of endless conflict in Donbass and hostility toward neighboring Russia.

In June, a Razumkov Center poll indicated that only about one-fourth of Ukrainians would vote for Zelensky again — because he failed to fulfill pre-election promises.

“Let us not cross this (red line). This is the border.”

“We are setting a perimeter for the development of the situation in Belarus.”

“(T)his was the main goal of (talks) between Lavrov and Biegun” for Moscow, said Bystritsky, adding:

“(I)f the United States has a certain view on Belarusian democracy, some ideas about this, great, but let us not interfere with what is called the political process in Belarus.”

“It is impossible to fully protect it against external influences, but certain boundaries can be drawn.”

“This is the goal of yesterday’s speech by Russian Foreign Minister Sergey Lavrov after a meeting with his Belarusian counterpart Vladimir Makei – to determine the boundaries that nobody should overstep in order not to worsen the situation.”

Events in Belarus over the past month are all about Washington’s aim for another imperial trophy on Russia’s border — what Moscow wants prevented.

Last week, US envoy to the Organization for Security and Cooperation in Europe (OSCE) James Gilmore called for Lukashenko to step down, saying:

“(W)e have…to persuade (him) that he cannot be the president of a country under these circumstances (sic).”

“He thinks that a fraudulent election (sic) followed by brutal suppression of the people is good enough (sic).”

Lukashenko was legitimately reelected on August 9 by an unnecessarily inflated margin.

After a few days of harsh crackdowns against (made-in-the-USA) protests, Belarusian security forces have largely acted with restraint.

After failing politically, “some (foreign) forces are trying to shatter the (Belarusian) economy.”

“But we are used to external challenges, particularly as we feel the support of our ally, Russia.”

Days earlier, Vladimir Putin said “(w)e believe (what’s going on in the country is) first and foremost, an internal matter for Belarusian society and the people of Belarus.”

In responding to the situation, Moscow is acting with restraint according to international law — polar opposite Washington’s aim for regime change, breaching the UN Charter.

As Collective Security Treaty Organization (CSTO) member states, Russia and Belarus are obligated to help each other, including militarily, if threatened by foreign aggression.

Putin hopes things in Belarus can be resolved “peacefully,” intending not to send Russian security forces to the country unless conditions spiral “completely out of control.” 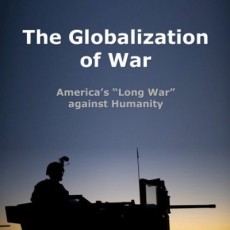 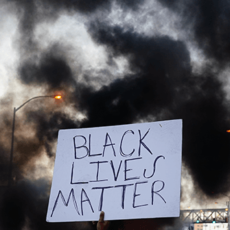 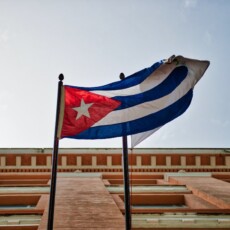