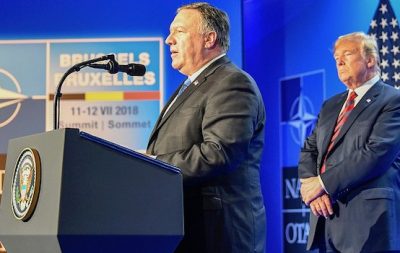 Following last week’s humiliating rebuke of the U.S. at the Security Council, Mike Pompeo is going to the United Nations in a transparent, bad-faith effort to trigger the so-called “snapback” provision to reimpose U.N. sanctions on Iran. Only JCPOA participants can invoke this provision, and the U.S. publicly ended its participation more than two years ago:

But diplomats in Europe, China and Russia — the other powers that brokered the deal during the Obama administration — have questioned the legality of the demand because the United States is no longer part of the nuclear agreement.

The administration wants to have things both ways. It wants to be able to quit the JCPOA, wage economic war on Iran in violation of our previous commitments, and then it expects to able to use the deal’s own provisions to destroy the deal. When they first started floating this idea earlier this year, I said that it wouldn’t receive any support from the other parties to the deal, and it won’t. The U.S. obviously forfeited any right to act as a participant in the JCPOA when it reneged on that agreement. Everyone understands this, and the rest of the Security Council will not put up with this duplicity. The U.S. doesn’t even have the legal standing to bring this up at the Council, and I expect that is what the other members will say to Pompeo today.

The Trump administration maintains that it can use the “snapback” provision because it is a permanent member of the Security Council, and UNSCR 2231 listed the P5+1 among the participants, but this is clearly a case of trying to use the letter of the law to defeat the spirit of the law. When that resolution was written, it was taken for granted that the P5+1 would all remain parties to the deal. As soon as the U.S. left the deal, that was no longer the case.

The US legal case for why it is legally allowed to invoke UN snapback on #Iran circulated to European officials is convoluted and bizarre. Here is a thread outlining the Trump administration’s arguments (please do not shoot the messenger). 👇🏽

Pompeo has been citing Obama administration officials’ statements about “snapback” to support his case, but this just underscores how dishonest and two-faced the entire exercise is. The “snapback” provision was created for the sole purpose of penalizing Iran in the event that it stopped complying with the nuclear deal. The only reason that Iran has reduced compliance (consistent with its own rights under the JCPOA) in the last year is that the U.S. reneged on its side of the bargain and has been working overtime to kill the agreement outright. For the U.S. to come back now and claim the right to use the “snapback” provision, the administration must think everyone else on the planet is an idiot that can’t remember how we got here. The Trump administration is not seeking to restore U.N. sanctions because they want to preserve the JCPOA, because it has been their goal all along to kill the agreement and create a pretext for conflict. Having trampled on UNSCR 2231 for years and ignored its requirements for the U.S., they now think that they can turn the resolution that was passed to uphold and endorse the JCPOA into a weapon to destroy it. They are wrong as a matter of law and as a matter of international politics, and no matter what delusional statements they make about it the other parties to the deal will not cooperate. There are very few governments anywhere in the world that will agree that U.N. sanctions are back in force. The EU has already said that it doesn’t accept that the U.S. has the right to use this provision, so they are not going to be restoring sanctions just because Pompeo tells them to.

The president was quoted yesterday as saying that using the “snapback” was “not uncommon,” which shows how little he understands about it. Not only has it never been used before, because it was a new mechanism created specifically for this agreement, but once the Trump administration goes ahead with its reckless stunt it is likely that no future international agreements will contain a provision like this again.

The snapback mechanism was an unprecedented and powerful innovation in the JCPOA. If invoked by a state that says it has withdrawn, it will never be accepted in any international agreement ever again.

The end result of this destructive behavior will be a weakened Security Council, reduced U.S. influence at the U.N. and with our allies, and more international humiliation and isolation caused by the administration’s Iran obsession. Like the original decision to leave the JCPOA, this stunt is reckless, harmful, and completely unnecessary. It is Trump’s failed foreign policy in miniature: needlessly combative, short-sighted, inept, and bad for American interests.

Daniel Larison is a senior editor at TAC, where he also keeps a solo blog. He has been published in the New York Times Book Review, Dallas Morning News, World Politics Review, Politico Magazine, Orthodox Life, Front Porch Republic, The American Scene, and Culture11, and was a columnist for The Week. He holds a PhD in history from the University of Chicago, and resides in Lancaster, PA. Follow him on Twitter. 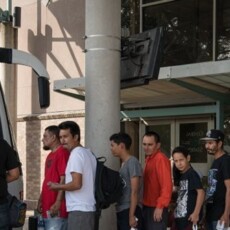 Exclusive: ICE to Release Migrants Further into U.S. — Away from Texas Border Cities 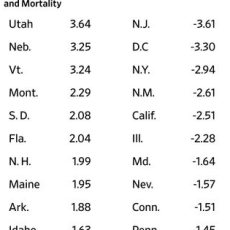