Western countries are facing a variety of complex problems. At what point can we really sense the beginning of the collapse of this economy? As fellow fighters, what should we learn to be able to recognise some of the signs in advance?

I think there are three core issues in the United States, as well as in other Western countries. If something goes wrong in these three areas, terrible things will happen.

The first issue has to do with supply chains. The West is a highly advanced society built on information. So if you ever notice a lack of supplies in supermarkets, something is starting to go wrong. Any problem related to supermarket supplies will be followed by political, economic, social, and public security problems. These problems will always follow.

The second problem is Petroleum. Petroleum prices and the accessibility of refuelling are similar to the nervous system of a human being. Petroleum is the primary energy used to generate electricity. Without Petroleum, the entire society will totally collapse.

The third problem is the stock market. If you notice any turmoil in the stock market, manifesting itself in dramatic plunges and spikes, it means that someone is trying to manipulate it.

These three things are basically the most difficult things you will face during this rough 3-to-8-year period.

This doesn’t mean you and your families can survive by preparing some firewood or bread. This period will last as long as 3 to 8 years.

Under normal circumstances, the Western economic system rebounds every 8 years after its economic recession like a bubble bursting. The period of recovering and renewing is 3 to 8 years.

But not this time. The recovery period could last 3, 5 or 10 years but might even stretch to 30 or 50 years. Apart from the time included in the normal business cycle, we must also consider all the time caused by the man-made catastrophe of COVID, the infiltration of communism throughout the world, the competition between socialism and capitalism, and the fight between depopulation and salvation of humanity.

At this time, I would like to reiterate that your survival preparations must be comprehensive. For example, you should try to get solar panels at home, and other things like this. Also, try to make more friends. Having no friends or relationships during this period will be a very terrible thing.

Only by helping and saving each other can we survive. That’s why Himalaya Farms are very important. 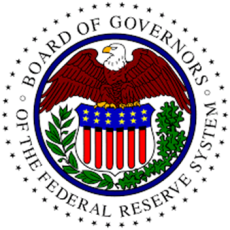