When researchers began looking into just how much the Soviet government knew about UFOs and extraterrestrial visitation, they were not surprised to learn that the Russians took the subject very seriously.
What they didn’t expect was evidence of ancient alien visitation, paranormal properties associated with related artifacts, and most shocking of all, of a mass abduction in 1985!
Among the piles of materials obtained from former Soviet spies, some extremely puzzling and disturbing documents and film footage surfaced confirming rumors which had been circulating for decades. In the late 1950s and 60s, the Russians became very interested in a number of unusual and newly discovered archaeological sites in Egypt. By interpreting ancient symbols, one of those sites was believed to contain the remains of a life form not from earth.
Startling top secret film footage, never before seen outside the Kremlin confirms the Soviet mission to recover and analyze these remains. But the most astonishing part of this story is that a small following of believers was formed in the years after the initial discovery – scientists and others who were convinced of a return of the extraterrestrial entity depicted in the ancient writings. Investigators discovered a videotape held for over twenty years by Egyptian police.
Here, for the first time ever, the public will see the arresting five-minute clip showing an entire group of followers returning to the ancient site and then completely vanishing from the desert! 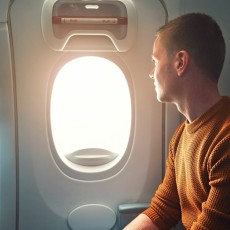 The world is stepping into a crazy era of major turbulence!

Dr. Sean Conley, Physician to the President, Provides an Update on President Trump…