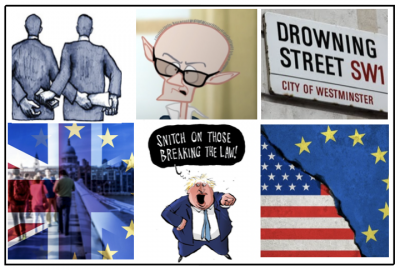 If you had said to friends in 2015 that you’d had a dream and that in about five years time the government would have deliberately and very dangerously divided the nation by instigating a nasty culture war, caused economic and political instability, threatened the Union, crashed its trading relationship with the biggest trading bloc in the world and was being threatened by the second – and then tore up the rule of law – they would have thought your weed was a bit on the strong side.

The reality of Britain today should not be forgotten.

Brexit was dragged over the line illegally.

You might want to argue that point to a greater or lesser degree but it is a matter of documented fact that the leave campaign, in almost all of its forms used illegal tactics. And as we have since (officially) learned – it was made worse by hostile state interference from Russia and American corporations. It was facilitated by front charities like the IEA who have over 400 corporate connections with the jihadists of the free-market, offering those with deepest pockets dodgy access to Brexit negotiating MP’s. We shouldn’t forget that this government was also funded by climate deniers, employers who abuse workers rights, bankers, off-shored hedge funds and many other unknown donors. Of course, all of this was facilitated by the giants of America’s Silicone Valley who were found to be breaking the law in Britain.

We also shouldn’t forget that later on Boris Johnson lied to get into power, lied about his ‘oven-ready’ Brexit deal, which turned our historic system of law and order into another lie. His government has evidentially failed in a public health crisis, and followed that up with an economic crisis – the worst in the G7 and then stoked up its culture war into a higher gear as cover. We shouldn’t forget that one day, all of this will circle back and create political and economic fires for years. When Johnson and his cronies have been booted from office, someone serious with a proper sense of moral authority will have to clean up the mess, build bridges domestically and internationally – and then attempt to unify a weary and divided nation stricken by the effects of what will look a lot like a strategy of disaster capitalism.

The Internal Markets Bill has a couple more stages to go through before getting Royal ascent with Johnson’s so-called climb-down. The Chairman of the American House Committee on Foreign Affairs, Eliot Engel (congress) has already written to Johnson confirming that there will be no US/UK trade deal if it breaks the terms of the Good Friday Agreement. Congress has asked for the Bill to be abandoned and confirmed it “threatened future bilateral relations between our two countries” (source) if he didn’t. Dominic Raab is sent to Washington to reassure Congress that Britain is trustworthy – having only admitted hours before he hasn’t actually read the Good Friday Agreement (source).

So let’s not beat about the bush here – Johnson has definitely backed Britain – right into a corner. By breaking the Withdrawal Agreement (WA) with the Internal Markets Bill (IMB), Johnson – no doubt advised by techno-Stalinist Cummings, has alienated the EU, the USA, two former attorney generals, all lawyers, judges and barristers, five former British PM’s, many senior Tories and at least half the country. Right now, with 26 days to go before Johnson’s last redline threat – Britain faces a double-barrelled shotgun blast of no-deal with either of the two biggest trading blocs in the world just as it latest Covid defence plan catches fire.

Plan B is simple.

This is a government permanently looking for others to blame. Its ever-growing list includes all 27 members of the EU, every department within the civil service, immigrants, teachers, students, the broadcast media, journalists, academics, scientists, experts, judges, and so on.

In fact anyone at all it can throw under its high mileage bus. The one sure-fire thing you can depend on is that none of the people actually responsible for getting Britain into the deepest of deep holes are blamed – or it seems nowadays – accountable.

On the same note, the mainstream media have not managed to report that Raab and Johnson sought legal advice on breaking the Withdrawal Agreement even before signing it.

If anything, this is the clearest of demonstrations of bad faith negotiation.

The IMB was always Johnson’s plan of getting out of the WA before lying to the electorate to get into Downing Street. A former British ambassador wrote 11 months ago that – “For Johnson, the Withdrawal Agreement provisions on Northern Ireland were only ever a device to get him over an immediate political difficulty. The fact he simply lied throughout the election campaign that the Withdrawal Agreement imposed no new checks or paperwork between Northern Ireland and the rest of the UK, should have made plain he was not serious about it. He had simply lied to the countries of the EU in signing a treaty he never had an intention to honour. He simply does not see himself as bound by any notion of honour or honesty” (source).

All the lying must be taking its toll on Borisky. Is it, therefore, any surprise that yet more rumours are circulating in the halls of Westminster and journalists with their ears to the ground that Johnson will leave No 10 soon after Brexit (source). The thought of yet another leadership contest in the midst of whatever Brexit nightmare the Tories have conjured up by then is just too hard for the brain cells to cope with.

However, we now face a new onslaught of painful politics and cruel economics as the winter beckons. You can’t gather in groups of more than six in a field – but you can if you have a big gun and wants to kill animals. Covid Marshalls with a couple of hours training will get paid more than the police officers applying the law or grade 4 nurses or teachers actually battling on the front lines. The government admits to breaking the law – then the following day launches a special ‘snitching’ hotline to report on neighbours breaking the law. Moonshot Matt will bumble his way straight under BJ’s reshuffle blame bus after breakdown Brexit. The NHS, now rudderless without PHE will be led into the jaws of C19-V2 and yet another Covid testing failure where the new testing czar Dido Harding has gone AWOL.  In the meantime, under the cover of all these self-inflicted wounds – government corruption will escalate in an unlimited and very unspecific way.

The collateral damage being inflicted all at once has the signature of Dominic Cummings writ large. The Tory party is now an insurgency and is attacking the very values of what it means to be British as they push the Union to its breakpoint. Our judicial system, the rule of law, human rights and weakened democracy stands between us and a firing squad of political anarchists and an elitist thug-cast.

We know that No 10 is rapidly morphing into a paranoid renegade regime that monitors every sound of citizenship from its new command centre instead of doing what it is supposed to be doing – managing a country in multiple crises and ensuring we are safe in their hands.

This is a government vandalising the very principles of Conservatism, of one-nation ideals and the institutions that supports civil society that they once fought to protect. The question you need to ask – irrespective of your political persuasion is – what will all this look like when we get to the other side? I’m pretty sure ‘sunny uplands’ isn’t the answer any more!

Featured image is from TP 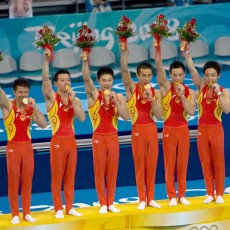 12/9/2021 Miles Guo’s GETTR: The CCP never thought that the Beijing Winter Olympics would be boycotted; starvation in Afghanistan has caused over 800,000 deaths, and the timing of the Omicron and Omicron vaccine is the CCP’s Achilles’ hee 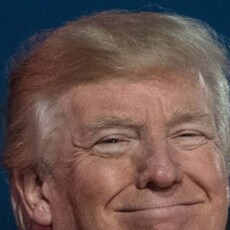 Poll: 64% Say It Is Not Likely the Senate Will Convict Trump 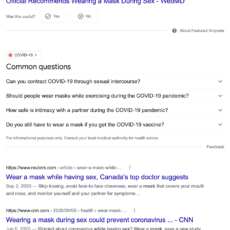