Jacob Blake, a criminal with a history of sexual assault and domestic violence, is being made a martyr by the mainstream media and radical Black Lives Matter activists.

A viral video of Jacob Blake being shot in the back by officers while attempting to reach into his vehicle was the focus of the media and activists since the incident took place Sunday evening.

The police arrived on the scene at around 5 p.m., due to a call about a domestic incident.

Blake is seen walking around his vehicle, as two officers point their guns at his back and repeatedly tell him to stop. Bystanders can also be heard yelling “stop” throughout the video. Blake then opens the drivers side door of his vehicle, and attempts to get in, looking like he is reaching for something. The police then open fire, shooting Blake in the back several times.

After the shooting, the officers attempted first-aid on Blake.

Video from a different angle that was not immediately available has been found showing Blake fighting with officers prior to being shot. This video shows the officers trying and failing to restrain him, and Blake pushing them off and walking towards his vehicle:

Here’s a video of the shooting that happened in Kenosha, Wisconsin. This video shows the shooting of Jacob Blake from a different vantage point. pic.twitter.com/d2CYIis6Zm

After the incident, the Chicago Tribune wrote what was practically a love letter about Blake, describing a history of volunteering and family values, with their only source being Blake’s uncle. Journalism used to be an industry where multiple sources were required to print a story, but instead laziness and partisanship override the need to verify the truth.

The article was titled ‘Jacob Blake, Shot by Police Officer in Kenosha, Part of Evanston Family Long Associated with Community Activism’. It featured a discussion of Blake’s love of sports, music, and architecture. Sprinkled throughout the piece were quotes from Blake’s uncle, Justin Blake, such as: “He’s a lively young man. He’s like his father, my brother. He’s got a hell of a personality and he loves people.”

Many other media outlets and Democrat leaders ran with the story of Blake being a martyr, another victim of police brutality. Democratic Presidential Candidate Joe Biden tweeted about the incident, leaving out crucial details in order to frame the story to fit the Democrat narrative:

Yesterday, Jacob Blake was shot seven times in the back by police. His kids watched from the car. Today, we woke to grieve yet again.

We need a full and transparent investigation. https://t.co/9X7l25nq8d

Andy Ngo, journalist and editor of The Post Millennial, tweeted about the incident to add context to Jacob Blake.

Racine County police arrested Blake five years ago after he pulled a gun at a local bar. He was charged with one felony count of resisting arrest and causing injury to an officer; one misdemeanor count each of carrying a concealed weapon, carrying a firearm while intoxicated, endangering safety, use of a dangerous weapon, and disorderly conduct.

Blake currently had a warrant out for his arrest for criminal trespass, 3rd degree sexual assault, and disorderly conduct. The warrant was filed on July 7th, 2020 for an incident that took place on May 3rd, 2020.

Jacob Blake is currently paralyzed from the waist down after being shot 8 times, but the condition may not be permanent. 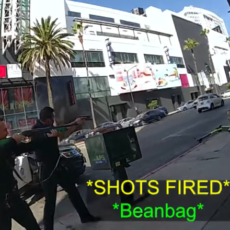 WATCH: Moment LAPD shoots man with beanbags and gunfire after he stabbed woman in the stomach on Hollywood sidewalk 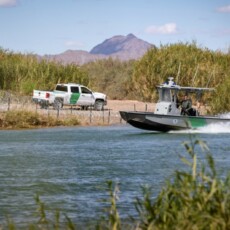