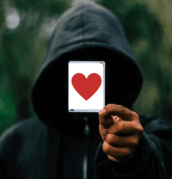 The following article is brought to us by the Freedom Fighters of America’s Front Line Doctors.

With the government and other fronts groups for Globalist tyranny using tame and irresponsible celebrities to push their dangerous experimental pseudo-vaccines on the unsuspecting public, it is refreshing to see that one at least has the courage to speak out about how he and we have been played by accomplished con men and liars.

So we bring you a heartfelt warning from Eric Clapton and ask you to remember as you take on board what he has to tell you that the short term reactions to these pseudo-vaccines, whilst bad enough – and, indeed, worse than those of any vaccine in history – are the least of our worries.

Oh and I should say that this song is a very very good song in  its own right.

Monotti Protocol Producer Robin Monotti Graziadei today forwarded a message he received from singer Eric Clapton in which Clapton reports adverse reactions he suffered after submitting to the shot, regrets having undergone the procedure, and asks, “where have all the rebels gone?”

I am an old timer, I have survived, with great help, addiction and alcoholism, and stand now in the greatest dilemma of my life…

I have inwardly stood against our ‘elected leaders’ since brexit, intuitively doubting their integrity and character…

With the arrival of C-19 I hoped that C Henegan, S Gupta and Jay B would lead the way, but when imperial college stepped up with their jailers key, I knew we were in deep trouble…

I am a man of faith, albeit abstract, and what I felt and saw unfold in March ‘20 began to lead me away from govt rhetoric and the devotion of the general public to the PM and his cronies…

I looked for heroes in the house, and found C Walker, Desmond Swayne, and in unfortunate retirement, Lord Sumption…

On YouTube I found Hugotalks and Talk Radio… that was all….

Then I was directed to Van M, that’s when I found my voice, and even though I was singing his words, they echoed in my heart…

I recorded “stand and deliver” in 2020, and was immediately regaled with contempt and scorn…

In February this year, before I learned about the nature of the vaccines, (and being 76 with emphysema) I was in the avant garde. I took the first jab of AZ and straight away had severe reactions which lasted ten days, I recovered eventually and was told it would be twelve weeks before the second one…

About six weeks later I was offered and took the second AZ shot, but with a little more knowledge of the dangers. Needless to say the reactions were disastrous, my hands and feet were either frozen, numb or burning, and pretty much useless for two weeks, I feared I would never play again, (I suffer with peripheral neuropathy and should never have gone near the needle.) But the propaganda said the vaccine was safe for everyone….

Then I met a member of this group, who counselled me to be careful and to have a look at what goes on with you guys…

I felt like a veil had been lifted, that I was no longer alone, that it was okay, in fact essential, to hold on to my intuition and follow my heart…

I continue to tread the path of passive rebellion and try to tow the line in order to be able to actively love my family, but it’s hard to bite my tongue with what I now know…

I’ve recorded and will post here another song by Van called “The Rebels” it’s not aggressive or provocative,  it just asks;

“Where have all the rebels gone?

Hiding behind their computer screens

Where’s the spirit, where is the soul

Where have all the rebels gone”

I’ve been a rebel all my life, against tyranny and arrogant authority, which is what we have now, but I also crave fellowship, compassion and love, and that I find here…

I believe with these things we can prevail

Find it on Bitchute here https://www.bitchute.com/video/zQQ78TO6t3Is/

UK RELOADED THE LIBERTYBEACON WE FIGHT BACK LIBERTY RISING 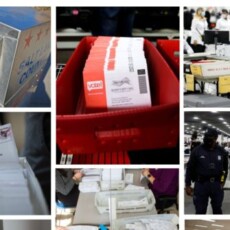 NYC ordered to shut down… All schools, restaurants in 9 zip codes… 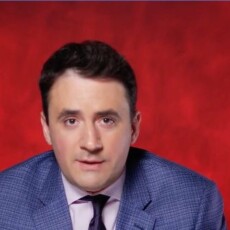