[Editor’s note: Considering I am presently witnessing the suicide of the Victorian economy, we post a bigger picture from James’s viewpoint.]

Just as the first business of a business is to stay in business, so too the prime objective of a country is to maximise the interests of its inhabitants. From a country’s point of you, that objective is met in the trade area by selling its goods (exports) at the best possible price. What the country’s leaders may think of the politics of their trading partners is essentially an irrelevant consideration.

China is by far Australia’s most important trading partner, taking just under one-third of all exports, a percentage more than two- and one-half times the proportion of the next largest market, Japan, which takes 13.1%.

China also topped the data for being the source of Australia’s imports, being nearly one-fifth of Australia’s total imports, ahead of the United States at 12.3%, Japan 6.4% and the balance, including the United Kingdom at 4% and New Zealand at 3.5% playing a very minor role.

These are the figures that need to be kept in mind when the politicians, and some others, make intemperate and ill-informed comments about China’s alleged conduct. The most recent example are allegations of a crackdown by China in regard to Hong Kong. This crackdown is almost invariably interpreted as being an attack upon Hong Kong’s “freedom” or “democracy”.

What is entirely missing from these allegations is a historical context, including relatively recent history. Hong Kong was seized from China by the United Kingdom in the first half of the 19th century and ruled by the United Kingdom as a colonial possession until the area was returned to China in 1997. It is astonishing in retrospect that a country’s own territory should be given back to it conditionally.

In all the constant criticism of China for allegedly threatening Hong Kong “democracy” the historical reality is completely absent. As a British colony, all the important decisions regarding the territory were made in London and implemented by a British appointed governor who ruled with almost untrammeled authority. Most significantly in the present context, the people of Hong Kong did not even have the right to vote.

One will search high and low for any evidence that Hong Kong was “democratic”. Hong Kong’s subservient role as a powerless colony, ruled by the British with none of the trappings of a modern democracy, has completely disappeared down the memory hole of western politicians and their allegedly free media.

Hong Kong was not the only stolen part of China that was handed back in 1997. An identical hand back occurred in the case of Macau, returned to China by Portugal. Macau has been absorbed back into the Chinese mainland and has flourished since ceasing to be a colony. Its economy has flourished since the return to China (after 400 years!) and it currently enjoys China’s highest per capita gross domestic product at more than US$82,600 per capita.

This is not because Hong Kong has declined in absolute terms, quite the contrary, but because China’s economy during the same period expanded at a continuous real rate in excess of 5% per annum. In terms of parity purchasing power rather than the misleading comparisons based on gross domestic product, China has been the world’s largest economy for at least the past decade.

Australia has benefited from that rapid sustained increase in the economic power of China. Trade figures tell only part of the story. China is also Australia’s largest source of foreign students and of foreign visitors (ignoring the last few virus affected months). It is difficult in the light of all these statistics to overstate the overwhelming economic importance of Australia’s relationship with China.

The question then has to be asked: what country in its sane collective mind would go out of its way to annoy its most important economic partner, so vital to its well-being across such a range of areas?

Yet that is precisely what the Australian government seems intent on doing. It went out of its way to annoy China by raising the source of the coronavirus pandemic, explicitly suggesting that it began in China and was spread around the world as a consequence of Chinese inaction or deceit.

The origins of the current coronavirus are far from certain with powerful evidence that it, in fact, originated in the United States and was brought to China at the time of the World Military Games held in Wuhan in October 2019. Whether deliberately or inadvertently is an open question, although the political reaction of the United States to the outbreak goes far beyond the reaction invoked by the outbreak of previous pandemics.

Very few would believe that the Morrison government was acting on his own initiative with publicly questioning the responsibility of China for the outbreak. Again, the question has to be asked: what sane government would go out of its way to annoy such an important source of its economic prosperity?

It is not as if Australia is overwhelmed with alternative options to the Chinese market. Even if alternative markets could be found for its various mineral exports that are the core of his prosperity, those alternatives could not be created in the short or medium term.

There is a very good reason for China’s demand for its raw material imports. It is the world’s largest manufacturing economy by a very big margin. There are fantasists who conceive of a resurgent United States manufacturing economy, or that a United Kingdom free from the European Union will recapture its glory days as an industrial manufacturer. It is worse than fantasy; it is dangerously delusional.

One keeps coming back to the maxim attributed to Lord Palmerston. Nations have no permanent friends or allies; they only have permanent interests.

It is a maxim of profound relevance to the current government of Australia. The question is whether they have the wisdom and foresight to act in the national interest, or whether the profound stupidity of present policies will doom this country to a speedy and continuing slide down the world economic ladder.

The statistics about Australia’s rapidly declining status in the world technology rankings are a harbinger of what is to come.

*Retired barrister at law and geopolitical analyst. He may be contacted at jamesoneill83@icloud.com 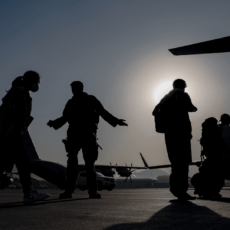 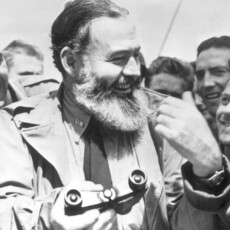 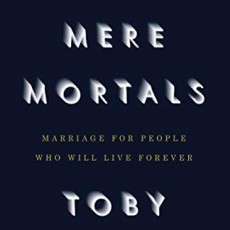