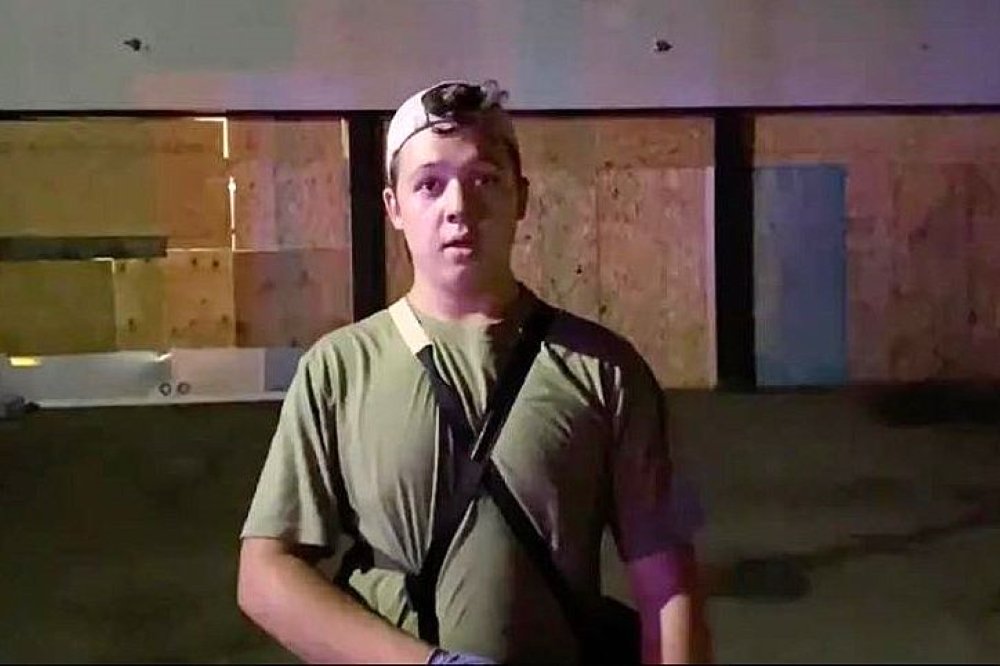 Last week, a 17-year-old young man decided to pick up his AR-15 and patrol the streets of Kenosha, Wisconsin in the wake of the shooting of Jacob Blake. Hailing from Antioch, Illinois — a 30-minute drive away — Kenosha wasn’t his neighborhood. Even so, he wanted to assist the effort to maintain law and order.

In a video shot around 10 p.m., Kyle Rittenhouse explained his purpose, saying, “People are getting inured, and our job is to protect this business, and part of my job is also to help people. If there’s somebody hurt, I’m running into harm’s way. That’s why I have my rifle, because I need to protect myself obviously. But I also have my med kit.”

At 11:30 p.m., video footage shows police offering Rittenhouse some water and telling him, “We appreciate you guys, we really do.” Fifteen minutes later, Rittenhouse was involved in an incident that resulted in him shooting three protestors, two of whom died. Arrested the next day, he has been charged with crimes that could land him in jail for the rest of his life.

Although much about what happened the night of August 25 remains unclear and needs to be fully contextualized, we’ve learned more about Rittenhouse in the days since. He’s been a supporter of the police for years. For his sixteenth birthday, he sought donations for a group that seeks to “forge stronger relationships between law enforcement officers and the communities they serve.”

He’s been involved with cadet programs with local fire and police departments. He works as a YMCA lifeguard. With a medical kit strapped to his side on that fateful night, he can be seen offering services on the streets, including to protestors, saying “I am an EMT. If you are injured come to me.” Video footage shows he helped someone shot with a rubber bullet.

A Young Man Who Says He Wanted to Help

The word “help” pops up a lot when researching Rittenhouse. Indeed, earlier that fateful day he was photographed helping clean graffiti from a high school. It all paints a picture of a kid who values law and order and those who uphold it. Now, however, he stands charged as a murderer.

The legal process will play out over time, and there are more than a dozen videos that show the events of that night in great detail to help in that regard. Judicious minds are considering the merits of a self-defense claim and the requirements to prove the serious charges filed against him. But much of the media has already moved past the charges, skipped the trial, and are ready to pronounce guilt.

Slate’s Mark Joseph Stern released an article titled, “The Conservative Defense of Kyle Rittenhouse Is Dangerous Nonsense.” To underscore his point that we should never allow personal ideology to influence our views, he subtitled it with the inarguably neutral proclamation that, “White Americans’ most heinous acts of violence can always be justified by their ideological allies.”

The Atlantic’s Graeme Wood wrote, “Rittenhouse appears to live in a fantasy world where police and car dealerships are more endangered than unarmed Black men, and where he is a warrior.” But how much of this truly is fantasy now?

The Reality of Unrest and Violence

Recent FBI data shows 32 police officers have been killed as of July 13, largely due to the civil unrest, up 28 percent from the prior year. Hundreds more have been injured. Unarmed civilians have been attacked by rioters on the streets, in their cars, and outside their businesses, bloodied with fists, feet, and 2x4s.

As for the cost of property damage and businesses destroyed, Loretta Worters, VP of media relations for the Insurance Information Institute, said this could be one of the costliest civil disorders in U.S. history, perhaps even dwarfing the $1.4 billion in damages accrued during the 1992 Rodney King riots (adjusted for inflation).

Meanwhile, the Washington Post’s database recently showed that police shot nine unarmed black men (and one woman) last year, all of whom were reported as attempting to use some other form of potentially deadly force. In two of the instances, an officer was charged. The system is not perfect, but these numbers are still small given that police interact with about 20 percent of the nation’s 43 million Black Americans in a given year (which amounts to more than 8 million).

Trevor Noah of “The Daily Show,” asked why it was Jacob Blake who was shot and not Rittenhouse. Apparently the distinction between a man with an outstanding felony warrant, resisting arrest, overcoming a taser, wielding a knife, and reaching into a car and a young man who was attacked by a mob while offering aid and protection to others is lost on Mr. Noah. Noah’s biting commentary didn’t hold back:

Some guy decided to drive to Kenosha with his ‘militia’ buddies to protect a business and apparently ended up shooting three people and killing two. But don’t worry — the business is OK. And let me tell you something: No one drives into a city with guns because they love someone else’s business that much. No one has ever thought, ‘Oh, it’s my solemn duty to pick up a rifle and protect that TJ Maxx.’ They do it because they’re hoping to shoot someone. That’s the only reason people like him join these gangs in the first place. And yes, I said it: a gang. Enough with this ‘militia’ b—. This isn’t the Battle of Yorktown. It’s a bunch of dudes threatening people with guns.

Riots are born on such inflammatory rhetoric, based not on facts or substance, but pure emotion. The need for civil society to defend property is anathema to the left. In an article aptly titled “In Defense of Destroying Property,” The Nation’s R.H. Lossin writes:

People are not objects; broken windows and burnt cars are simply not commensurate with the violence of state-sanctioned murder or the structural violence of poverty that has placed people of color at a disproportionate risk of dying of COVID-19. Plate-glass windows don’t bleed. They don’t die and leave loved ones grieving. They don’t contribute to the collective trauma and terror experienced by their communities. They just break, and then, at some point, they are replaced by identical sheets of glass.

In the name of “justice,” the radical left supports letting it all burn.

In the Rittenhouse case, it appears that things escalated when Joseph Rosenbaum, for reasons unknown, pursued Rittenhouse in a parking lot. Shortly before Rittenhouse fired his first shots, another weapon is seen discharging. In a split-second situation, Rittenhouse defended himself.

Shortly thereafter in videos, Rittenhouse can be seen on the ground being attacked by Anthony Huber with a skateboard. A long, hard object with wheels can be an effective weapon, as was the gun in the hand of Gaige Grosskreutz. If Rittenhouse indeed had training, as Wood suggests, then it would’ve included a key rule: never give up your weapon. In the heat of this moment, in a defensive position, Rittenhouse fired the shots that killed Huber and wounded Grosskreutz.

No one disputes that the death of people on the streets is a tragedy. But the left isn’t interested in all victims — not David Dorn, not Natalia Wallace, nor Janari Ricks. You won’t hear them say their names. You won’t see sports teams walk off the field for them, or sport football helmets memorializing them. Unlike the victims in Kenosha, they had no felony convictions and weren’t resisting arrest. They were kids with dreams. Dorn was a retired police chief about to spend his golden years with his beloved wife.

We will never know what would’ve happened if Rittenhouse had elected to withhold fire. With his weapon taken away, would the rioters have beat him like others we’ve seen in recent months? Would they have turned the weapon on him? Would we have even noticed his obituary in the paper?

Jurors will weigh the evidence. His defense team will point out that it was Kyle that was being pursued. Absent that, it appears that no one would’ve been harmed.

The voices on the left will continue to condemn Rittenhouse, regardless of what further facts emerge. They will add fuel to the fire that already burns and threatens not just Kenosha and Portland but the entire nation.

If we look deep enough, we can perhaps see the true source of their ire. When cries for justice arise only for those who fit a desired political narrative and not for children and public servants, then maybe it isn’t the loss of life that really angers them. 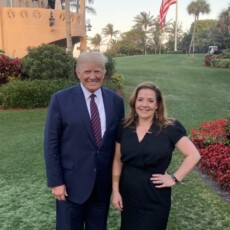 I Interviewed Trump For 5 Hours. Here’s What He Told Me About ‘Stupid F—er’ McConnell, McCarthy’s Bromance With Luntz, And The Fake News That Bothered Him The Most