It seems that there is only one thing The New York Times is more afraid of than the Coronavirus, and that of course is a victory by Donald Trump in November.

In a scaremongering article on Monday, the Gray Lady warned that corners are being cut in the search for a vaccine and that it is politically motivated. They would have you believe that a vaccine is being rushed through to provide the president with an October surprise. It is not true. I know because I asked.

Last week I sat down with Dr. Moncef Slaoui, who in May became the head of Operation Warp Speed, the federal government’s effort to quickly develop a vaccine. Unlike the New York Times, I was more concerned with science than politics and what he told me should be encouraging to all Americans looking to get life back to normal.

Slaoui said developing a working vaccine by the end of the year is a credible objective, something that despite it’s scaremongering, the Times reported Dr. Anthony Fauci also believes. It’s amazing how quickly “trust the science” goes out the window when it could possibly help the bad orange man. Over the next six weeks, Slaoui said 30,000 subjects will be recruited to test the vaccine that could end the brutal lockdown America has gone through over the past four months.

Thus far, the vaccine has been tested on monkeys and has shown “100 percent efficacy,” according to Slaoui. While it is true that the development of the drug is happening at unprecedented speed, that in and of itself is not a reason to doubt its potential effectiveness. The irony of course is that the Times is plainly playing politics in the very article where they accuse Trump, and by extension scientists working to overtime to save lives, of doing just that.

Slaoui said he estimates at this point that between 15 and 25 percent of the American people have already contracted the virus, perhaps as high as 30 percent in hard hit New York City. He also is extremely confident that the mortality rate for COVID-19 is between .3 and .5 percent. That is exactly in line with what the president said his “hunch” was in March, for which he was roundly ridiculed by the corporate media.

The bottom line is the head of Operation Warp Speed told me Americans are “going to be immunized one way or the other.” The other in this case is wider spread of the virus leading to increased loss of life. It would seem the New York Times is willing to risk that in order to blunt Trump’s reelection chances.

Their article, which casts doubt on the potential efficacy of the vaccine is dangerous in a way that may dissuade Americans from being vaccinated. Yes, that is where we are. The New York Times is slipping into an anti-vax position.

Between now and the end of year, Slaoui would like to see testing and tracing increase. The former headed up by the Trump administration has been very successful, with vastly more Americans being tested than in any other country. The tracing programs on the other hand, headed up by the states has been almost entirely ineffective. In New York for example the contact tracing army that Gov. Andrew Cuomo promised former NYC Mayor Michael Bloomberg would bring to bear has failed to materialize.

I asked Slaoui directly if a vaccine would mean a return to normal activities such as Broadway shows and Baseball games. He is confident it will, though he noted that Americans going forward will be more careful about infectious disease in general. Pointing to his elbow he said, “why would I open a door with my hand when I can use this?”

The fact is that Americans have very good reason to be optimistic about a vaccine by year’s end. That clearly terrifies the Trump haters at the New York Times. But not everything is about politics, even in today’s divisive atmosphere.

A vaccine is something we should all be rooting for, and the men and women working to achieve it deserve our thanks, not baseless accusations that they are cutting corners to win an election. 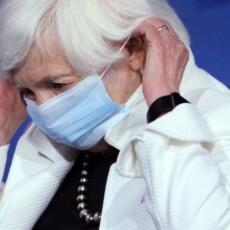 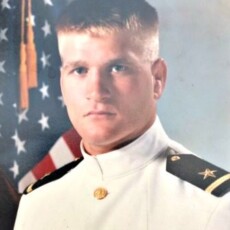 Bobulinski: I Came Forward Because Schiff Accused Me of Being Part of Russian Disinformation