Sen. Mark Kelly’s (D-AZ) campaign has paid tens of thousands of dollars for plane rentals to an Arizona-based company that has been awarded lucrative contracts from the Department of Defense (DOD), including one contract funded by legislation Kelly voted for.

One of three contacts awarded to Newton Consulting & Engineering, Inc. (NCE) came last year after Kelly had been conducting business with the company and was serving on the Senate Armed Services Committee. In fact, Kelly voted for the 2021 National Defense Authorization Act (NDAA), which gave the DOD funding it ultimately drew from for the contract. Of note, the DOD selects companies to award contracts to after receiving annual funding, not the U.S. Senate.

Since April 2021, the Mark Kelly for Senate committee has shelled out more than $80,000 to the Tuscon-based company for “Officially Connected” travel. Peter Schweizer, president of the Government Accountability Institute and the author of numerous best-sellers including Red-Handed: How American Elites Get Rich Helping China Win, spoke to Kelly’s ties in a statement to Breitbart News.

“It’s incumbent on our elected officials to avoid even the appearance of a conflict of interest. In this case, Senator Kelly has failed the test,” wrote Schweizer, a Breitbart News senior contributor.

Bob Newton, an Air Force veteran with service-linked disabilities, owns the company and confirmed to Breitbart News via email that Kelly has been “using [their] planes for regional travel.” NCE’s website makes no explicit reference to plane rentals on its publicly accessible pages, but it does note a “Specialized Aircraft Club,” which Newton says offers aircraft use to members.

“We matched Senator Kelly up with the planes that best fit his needs,” said Newton.

Kelly appears to often rent one plane in particular, a single-engine Columbia LC41-550FG with tail number N235SL. The plane is registered to the defense contractor and has mirrored some of Kelly’s travels on the campaign trail over the past month. Records from flight tracking website FlightAware show that on August 30, the plane departed Marana Regional Airport in Arizona at 7:27 a.m. and landed at Kingman Airport at 8:48 a.m. MST.

Today, I’m kicking off a plane tour across Arizona. Looking forward to seeing you on the road! pic.twitter.com/EGWWWQ92w8

After a brief stay in Kingman, N235SL departed at 11:34 a.m. and landed at Phoenix-Mesa Gateway Airport in Mesa at 12:37 p.m. MST. Later that day, at 3:10 p.m. MST, Kelly tweeted a photo with volunteers stating they met in Kingman that morning.

The @MissionForAZ team is organizing volunteers in every corner of our state. It was great to meet with the team in Kingman this morning and hear more about the work they’re doing to make sure we win this election in November. pic.twitter.com/4iWCt0VhLN

On August 31, N235SL took off from Phoenix-Mesa Gateway Airport at 7:55 a.m. MST and landed at the Nogales International Airport at 8:48 a.m. At 9:16 a.m. MST, Kelly tweeted an image of himself in a cockpit with the caption “Get ready, Nogales,” and tail number N235SL is visible on the dashboard.

Moreover, on April 29, Kelly tweeted a photo of himself and Sen. Amy Klobuchar (D-MN) in the cockpit of the plane, evidenced by the tail number on the dashboard. Federal Election Commission records show his campaign paid NCE $2,985 that day.

I keep telling my colleagues that the best way to see Arizona is from the sky.

Someone finally took me up on it. pic.twitter.com/LbGkvBQhuJ

From January through June 2022, NCE has received $31,847.50 from the Democrat senator’s campaign for “Travel-Officially Connected.”

“Senator Kelly rents planes from a Service Disabled Veteran Owned small business so that he can fly himself across the state to meet Arizonans where they are because it makes him a better Senator,” Sarah Guggenheimer, a spokeswoman for Mark Kelly for Senate, told Breitbart News in a statement.

“We’re proud to help Senator Kelly be a Senator for the whole state by ensuring he can cover more ground and visit parts of Arizona that are too often ignored,” Newton said. He told Breitbart News that the company owns more than five planes and that Kelly pays market rates.

Since 2012, the Department of Defense (DOD) has awarded NCE over $1 million in contracts, with the latest coming in August 2021, which was funded through legislation Kelly voted for and came while he was serving on the Armed Services Committee. In that contract, the DOD gave NCE $249,233 for “LASER TARGET ENGINEERING EVALUATION.” The contact’s start date is listed as August 27, 2021, and its end date is marked as February 26, 2022.

The Naval Surface Warfare Center Dahlgren Division, which was the funding office for the contract, has confirmed to Breitbart News that the money used for the project came from the NDAA of 2021, which Kelly voted for.

Newton told Breitbart News that “as for NCE’s defense business activities, Senator Kelly and his office has had no involvement.”

He further said that NCE has no current connection to any staffers or members of the Armed Services Committee other than Kelly, adding that “[b]ack in the day when I was in the AF working F-22/JSF etal in the Pentagon I knew all the guys, pre-2004. Havent talked to any of them since.”

In November of 2020, Gingerich was hit with a federal indictment that detailed “31 counts of unlawful distributions of controlled substances, including alleged sham prescriptions for oxycodone, morphine, hydrocodone, and fentanyl,” Sollenberger noted. The allegations against Gingerich coincide with a nationwide fentanyl and opioid crisis that claimed the lives of nearly 81,000 Americans in 2021. 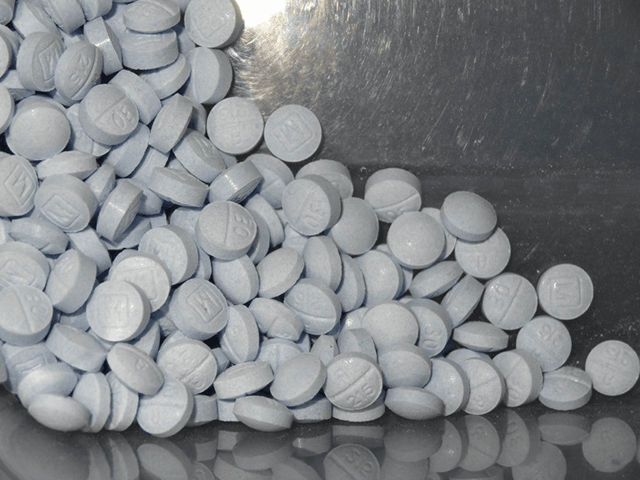 What is more, in August of last year, Arizona Attorney General Mark Brnovich’s office announced that it had reached a settlement with Gingerich over the office’s claims that he pocketed large sums of money for “sham educational ‘speaker fees’ from… Insys Therapeutics in exchange for prescribing Subsys, a highly addictive opioid prescription drug that contains fentanyl.” The doctor and his wife, Deborah Wood, forfeited $80,000 and forked over another $50,000 to the state of Arizona, though they denied the state’s allegations in the consent judgment filing.

“The Gingerich defendants agree to the entry of this Consent Judgement solely in order to compromise disputed claims and to avoid the expense and uncertainty of further litigation,” part of the document reads. When contacted by the Daily Beast, Newton confirmed that he had previously rented the plane to the Democrat Senator and asserted that Gingerich sold the plane the same month as the consent judgment.

Federal records show that from April 9, 2021, through the end of the year, Mark Kelly for Senate paid NCE $48,643.50 for “Officially Connected” travel. Sollenberger noted that Gingerich’s plane made several trips in April and July of 2021 that matched up to Kelly’s movements around Arizona. Kelly’s campaign told the Daily Beast that he has no connection to Gingerich.

NCE aims to “become the services sector company of choice providing quality service to our Military Forces, other Government agencies, and industry customers and to our employees,” its website currently states. Its mission is to “provide and sustain quality services on time at or under budget for the Military, Government, and industry organizations in venues as required by the customer, while providing a quality work environment for its employees.”

Newton, who attained the rank of colonel, was a fighter pilot and test pilot. While he and Kelly share similar military careers, considering the senator’s time as a U.S. Navy combat pilot, Newton said he “only met him when he started using [NCE’s] planes.” 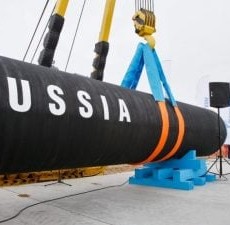 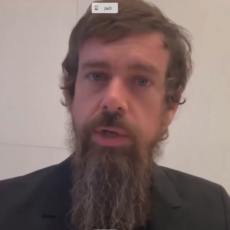