We might all be living in a national nightmare as we wait for an interminable election to finally draw to its merciful close, but at least we’re not stuck in the midst of the horrific situation we find the crew of “The Mandalorian” facing in this week’s episode.

The best thing about “The Mandalorian” is that as a 30-minute streaming show, there’s so much you can do with it. Each episode of Mando’s adventures doesn’t need to be a grand Skywalker Saga adventure. Last week, we saw this in the fantastic episode based on a straight-up western showdown. This week, Peyton Reed, the director of Marvel’s “Ant-Man,” episodes of “New Girl,” and the great Kirsten Dunst classic “Bring It On” makes the Star Wars version of a horror movie.

Our episode starts right after last week’s with Mando and Baby Yoda zipping through the Tatooine desert on their speeder bike only to be ambushed by a group of soon-to-be-dead guys looking to score the bounty on The Child. After taking out the speeder bike with a trap reminiscent of one used by Ewoks, the three aliens attack Mando, and one steals The Child before Mando tricks him into exchanging Baby Yoda for his jetpack, which he remotely activates, sending the would-be kidnapper flying high into the air before thudding into a splat on the desert surface.

Mando and Baby Yoda trudge back into Mos Eisley and meet back up with their old friend Peli Motto, played by Amy Sedaris. She’s in the cantina playing cards with one of Ant-Man’s escaped extra-large ants, who is apparently known by the name Dr. Mandible in the Star Wars universe — what a great name! Dr. Mandible has a friend who needs transport to a nearby star system where there is apparently a covert of hidden Mandalorians. The Razor Crest’s newest passenger is a frog-like creature who has no known species, so we’ll call her Frog Lady. She is carrying a clutch of eggs to her husband on the planet Trask. 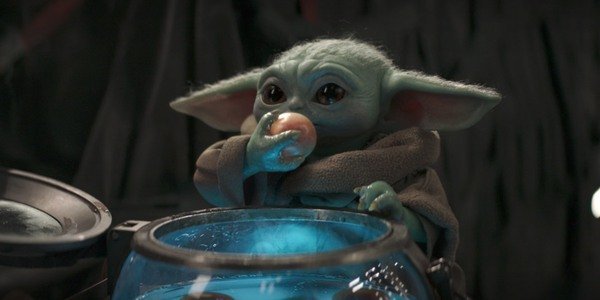 Once aboard and off the ground, our adventure begins. Unfortunately for the Frog Lady, part of the horror is a hungry, wee Baby Yoda, who has a taste for her eggs. On several occasions in this episode, Mando has to take the clutch of eggs back from The Child who loves to make them his latest meal.

On their way to the nearby planet, the Razor Crest encounters a pair of X-Wings, one of which is flown by Dave Filoni’s Trapper Wolf, another great Star Wars name. The pilots tag the Crest as being part of the raid on the New Republic prison ship during the first season of the show. A pursuit ensues in which they chase the Crest into the deep trenches of an ice planet, where it crashes, damaging the ship pretty badly. With a compromised hull, leaking blasters, and nightfall approaching, Mando tries to repair the Crest before being spotted by the X-Wings or freezing to death. That’s when everything goes awry.

Into the Spider’s Den

The Frog Lady wanders off from the ship, deep into the ice caves where she finds a hot spring and takes a bath with her eggs to warm them up. Unfortunately, the hot spring is also a nest for a group of large, spider-like creatures. Baby Yoda’s stomach once again gets the group in trouble when he breaks open one of the nearby eggs and eats a developing spider. This alerts the entire nest to the group’s presence, and they are soon being chased through the ice caverns by a horde of the white spiders. The music here by Ludwig Göransson is particularly amazing. He won an Emmy for his work on the first season of “The Mandalorian,” and I see no reason why he won’t win another this time around. 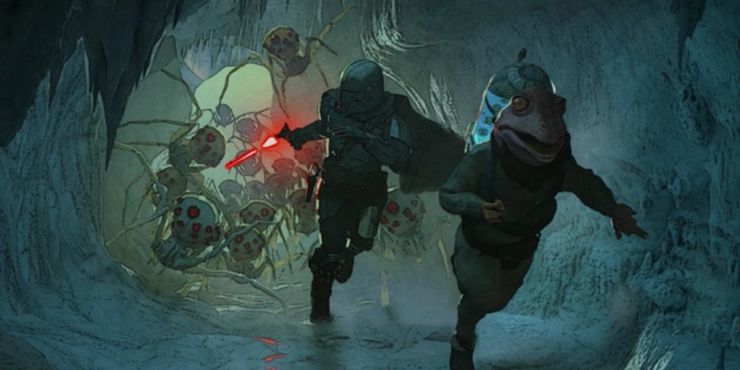 This is the finest portion of this whole episode. The cramped quarters of the ice caves, the spine-chilling sound design that has the click-click-clicking of the spiders moving through the ice and snow, and that great soundtrack make for a riveting thriller where you’re waiting on the edge of your seat, hoping the heroes make it out alive. As Mando uses every trick in his shiny armor to get the group back to their ship, the spiders close in, trapping the trio in the Crest’s cockpit.

Just as one of the largest spiders punctures the canopy and all hope looks lost, red blaster bolts rain down upon the creatures from an unknown source. Mando steps outside to find the two X-Wing pilots that had tracked him down, killed all the spiders, and are now staring at him, guns drawn. They note that records indicate Mando risked his life to save a New Republic guard on the prison ship Bothan-Five and that they’ll let him go.

Free of the creatures and his Republic pursuers, Mando patches up the cockpit, blasts off into space, and limps on to his next destination.

From the Discard Pile

Most of this episode takes place on an ice planet in the Outer Rim, the Wild West-like area of the Star Wars galaxy. When this season’s trailer was released, showing glimpses of this planet, it was assumed that it was either Hoth or Ilum. Hoth is obviously the ice planet from 1980’s “The Empire Strikes Back,” and although you might not recognize the name Ilum, if you’ve seen 2015’s “The Force Awakens,” you recognize that snowy planet as well. It was used as the basis for Starkiller Base.

Hoth is too far from Tatooine to get there on sub-light engines, as the Razor Crest is forced to do in this episode since going too fast will apparently kill the clutch of Frog Lady’s eggs, and Ilum is literally on the other side of the galaxy from where this adventure takes place, so I assume this planet is a new one. What’s interesting though is its terrorizing denizens. 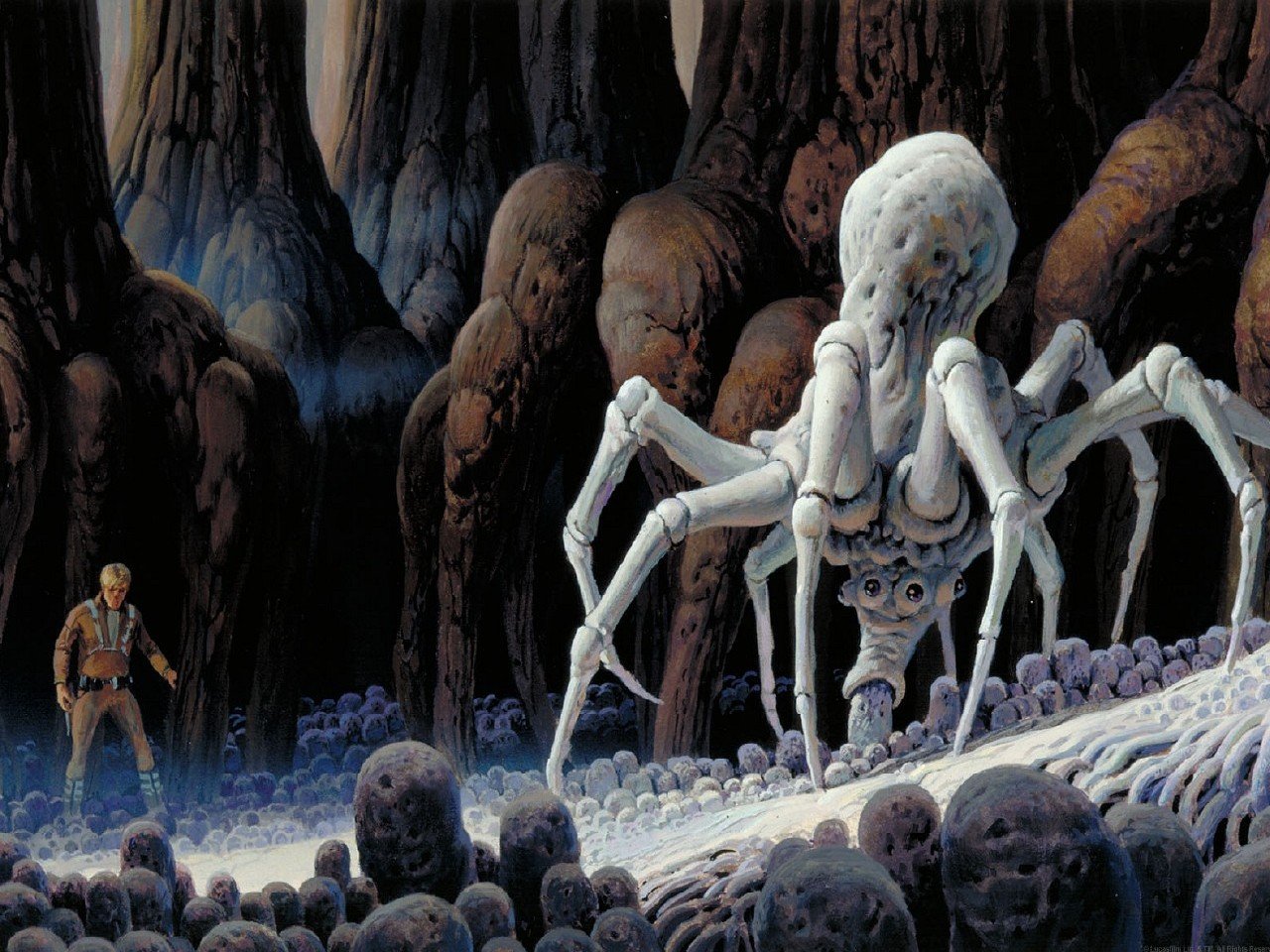 The white snow spiders we see in this episode closely resemble the Krykna spiders the gang encountered in “Star Wars: Rebels” on Atollon. The key thing that makes them different, however, is that those spiders were immune to blaster bolts, and these are not. These spiders more closely resemble the “knobby white spider,” a creature created by Star Wars concept art legend Ralph McQuarrie for use in “The Empire Strikes Back.” The animal was discarded from the final draft of the movie but ended up being used in an old legends book called — wait for it — “Darksaber.”

When series creators Jon Favreau and Dave Filoni talked about making “The Mandalorian,” they mentioned that it was how they imagined a live-action version of playing with the discarded Star Wars figures that their older siblings didn’t want to play with when they were kids.

What’s so great about that concept is that the Star Wars universe is so deep and rich that even the “discarded” characters have so much to give. Whether that’s the mysterious creatures in the background of the cantina, or the terrorizing monsters, or Ralph McQuarrie’s draft board that just didn’t make the cut to the big screen, there is so much left to explore in “The Mandalorian,” and I can’t wait to see what they come up with next. 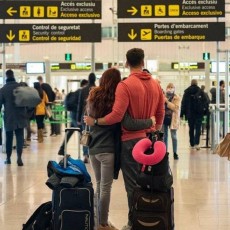 Look who’s stronger than the Beast… 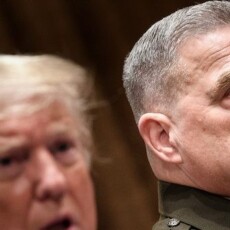 Trump: I Realized I Had Hired ‘a Loser’ in Mark Milley