The search for our political Top Dogs remains unrewarding. Recall Dr Richard Day saying in his 1969 speech that decisions are sometimes made by persons whose name you would recognize but who are not in government. Whistleblower Kay Griggs said something similar when she was interviewed for 8 hours by Pastor Strawcutter.

I‘d like to offer a pattern to look for when you suspect that a person is Way High Up. In my book Prosecution for Treason, I devoted a page (p 64) to the amazingly multifaceted career of Averill Harriman (1891-1986). He could fill any position where an Insider’s discretion may be needed.

Later, when I was composing the book Deliverance: How a Royal Commission and Pizzagate Reveal Society’s Hidden Controllers, I devoted a page to the Australian Dr John Herron, AO (1932-2019). He had been implicated in the Chelmsford Hospital Deep Sleep treatment and matters involving Aboriginal groups.

It strikes me that there must be many others who are selected early, perhaps in university, to go far. Then they seem to be dropped into any slot where trouble is happening or is expected. Their training causes them to “know what to do.”

Below I will print the relevant two pages. I don’t intend that you look for any connection between Harriman and Herron; I doubt if they ever crossed paths. The point to look for is the ease with which such men could move from one post to another.

Actually, Harriman and Herron did have one job in common; both served for at least a short time as ambassadors, surely a job for Way High Ups, or their most trustworthy servants. Herron’s ambassadorship was to the Vatican.

*1933 –‘unmentionable.’ Averill, with his bank (Harriman and Co), and John Foster Dulles with his law firm (Sullivan and Cromwell), were busy pushing Adolf Hitler into power in Germany! Harriman treasonously continued to help the Nazis after war was declared by the US in December 1941, according to Anton Chaitkin’s Treason in America (1984).

It is too bad for Australia that Herron died last year, as that closes the book on his participation in the mind control experiments he conducted. I mean we will not be able to interrogate hm. In the following list, you can see how easily he was able to be protected, by being “an important person.”

Among his many honors:

–Knight Commander of the Order of the Holy Sepulchre of
Jerusalem

–“Doctor of the University” honorary degree from Australian Catholic University, 2012

Despite my saying that this article is intended only to make a model of the careers of High Ups, I now bow to the temptation to say more about Herron’s being protected from prosecution.

In 1988 the state of New South Wales mounted a Royal Commission into Mental Health Services. It investigated Dr Harry Bailey of Chelmsford Hospital. The RC managed to avoid all mention of Bailey’s connection to the CIA-sponsored work of Dr Ewen Cameron in Montreal. (See Gumshoe’s coverage of recent Canadian lawsuits concerning the Deep Sleep treatment.)

At austli.ed.au we find this 1991 notation by barrister Michael Sexton, writing “Chelmsford and the Role of the Coroner”:

“(On 28 March 1983 the Attorney General informed the Minister for Health that an ex officio indictment had been filed against Dr Bailey, and on 23 March 1984 that no proceedings would be taken against Drs Herron and Gardiner. On 9 May 1985, a Magistrate hearing committal proceedings against Dr Bailey ruled that he should not be committed for trial on a charge of manslaughter.) –austlii.edu.au”

I mean come on, you don’t think a man with two knighthoods, an honorary degree, and military serve would be prosecuted, do you? And with volunteer service in Rwanda? 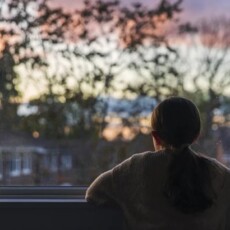 What Have They Done to the Kids? | Pediatricians say the mental health crisis among kids has become a national emergency 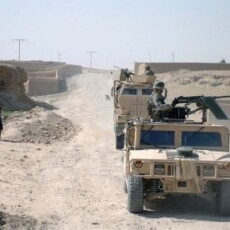