By TONY MOBILIFONITIS
THOUSANDS of anti-vaccine mandate demonstrators flooded the Gold Coast on Saturday, filling up a local park and causing a traffic jam reaching into nearby suburbs. The Millions March Against Vaccine Mandates and Passports attracted an estimated 10,000 or more to Broadbeach – ten times the size of similar rallies midway through the year.

The local MPs and their supporters from the LNP heartland were noticeably absent. It would have struck terror into them and their political handlers when the thousands cheered speeches by One Nation senators Pauline Hanson and Malcolm Roberts.

The senators ripped into the Labor-Coalition political duopoly of Canberra that had recently united to vote against Senator Hansen’s constitutionally-based bill to outlaw vaccine mandates and passports, in sharp contradiction to Scott Morrison’s claim that he did not support mandates.

Some months back Andrews, one of the many Liberal lefties along with Bell, bragged about deporting so-called “far right” UK activist Katie Hopkins from Australia after Hopkins joked on social media about greeting workers delivering food to her room “naked with no face mask”.

Andrews called Ms Hopkins’ comments “appalling” and a “slap in the face” for Australians in lockdown. “Personally, I’m very pleased she’ll be leaving,” she told her friends at the ABC. Strange how Andrews wasn’t able to see the dirty backroom deals between her boss ScoMo and the premiers to viciously lock down Australians on the basis of so-called “medical advice” they have hidden from the public.

And then there’s the collection of ten state LNP seat warmers from Currumbin to Coomera and one very junior Labor MP in the seat of Gaven, who in her first term miraculously inherited a double ministerial portfolio – Environment and the Great Barrier Reef and Science and Youth Affairs.

This complacent political establishment and their media cheer squad want Australians to believe that the mandates are simply what’s required in “the new normal” and Aussies can just get on with life and take part in the usual two-party election charades.

But these career politicians had better be watching their own butts and thinking seriously about their future jobs. Hanson and Roberts had the bulk of the crowd behind them. “An incredible day on the Gold Coast for the Millions March Against Mandatory Vaccines protest. Moving to see so many in a crowd all united against government control and abuse,” Sen. Roberts commented later.

A few days earlier Murdoch’s local LNP cheer squad at the Gold Coast Bulletin reported police as threatening $4000 fines against protesters going out on the streets. As it turned out, the cops had a great day out, chatting among themselves in the background, enjoying the cool sea breezes while one of their own in a fiery address, related his reasons for quitting the service.

An initial police refusal to allow the march on the streets was dropped. Even they could see the writing on the wall. 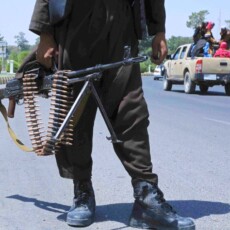 The real reason Biden was prepared to let Kabul fall 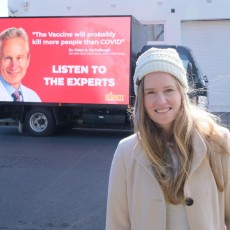 Monica appeared in the Magistrates Court today – read what happened 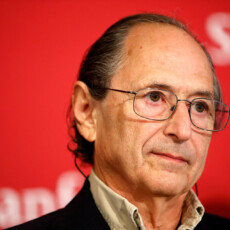 Mike Yeadon, Ex-Pfizer Scientist Sent This Out on Thursday. We Are Approaching Stage 5