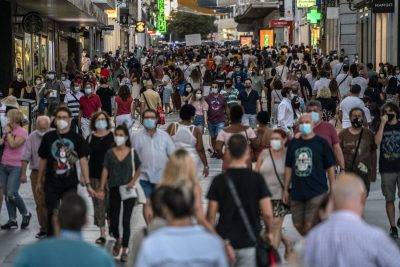 The entire world at this point in time is being conditioned that the Covid-19 infection has gotten worse and the “second wave” of the PLANdemic is already here to wreak renewed havoc. This mind conditioning is happening right now when herd immunity is already gradually seeping into the populace.

Governments are alarmed because if herd immunity becomes undeniably obvious, people will go through the daily grind of normal life and things will slowly stabilize. Economies will recover and get on the right track. This the governments don’t like as they toe their respective lines that draw mandate from their “overlord,” i.e., the US.

More immediately crucial in the general program of systems control is the vaccine whose development, production, and implementation is overseen by the US. People MUST be vaccinated by hook or by crook, so to speak. Having this in mind, it is therefore important to create the hype of a “second wave” to further scare people until that time when the vaccine is already available.

And if the thinking segment will seriously take note of and focus on what has been going on in laboratories where such vaccines are being developed, the so-called medical scientists involved in it are fast-tracking the process because they are running against time especially now that a growing number of people are getting into the realization that the “virus infection” is not as deadly and risky as the stories the scaremongers have been spreading around.

In other words, now that the vaccine isn’t quite ready yet, people should remain scared and in fact more scared than before as government creates an atmosphere of heightened alert even to the point of using the police–both local and national–to impose mobility restriction similar to what they implemented during the previous months from April to July.

The new hermeneutics of infirmity: A totalizing path pointing all illnesses to Covid-19

The “first wave” stabilized and the “second wave” has come in. What do we expect when the “second wave” stabilizes? Of course, the “third wave”. There will be “waves” and “stabilizations”. And who knows if these “infected” people are really infected by Covid-19 based on the testing instruments and procedures being used? The truth is, the fear campaign continues and the media will always be flooded with scare stories to hold people at bay. Are we already in the “second wave”? Then, we need to brace up for the third and the fourth and the fifth ad infinitum while in Sweden, there are none of these waves as life’s been going on normally.

In the rest of the world, “strict restrictions” go on as they are triggered by statistics based on tests being conducted without taking heed of their inaccuracies and therefore unreliability. Even those with a severe cold or the flu are tested positive and added on the list. The statistics get bloated and the paranoid populace gets alarmed and more scared.

Within the entire gamut of this plan is a trajectory of phases and the last phase is to finally promote and distribute worldwide the vaccine whose development and production have been financed and promoted by the same criminals behind the virus. And who are these criminals? These are the same people whose billions of earnings come from their control of the global information technology (IT) machinery.

Is it just mere coincidence that while they continually concoct scare narratives to terrorize the globe, people have to “work from home” (teleworking) and students have to study via online (home study)? Remember that in this circumstance, we ought to heavily rely on the computer, the computer programs, and the operating systems that they peddle. This entire state of affairs is nothing but pure and simple systematic manipulation of the global economy.

This is what they call “the new normal” which now reigns all over the world–a ruse that has been strongly defended by terrorized paranoids. The worst outcome of it is the way the economy has already been heading to disaster. Clowns are in control and instead of defying them, we have been toeing their lines. 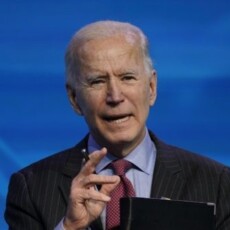 Is the Genetic COVID Vaccine Creating a Hurricane Inside Cells of the Body?