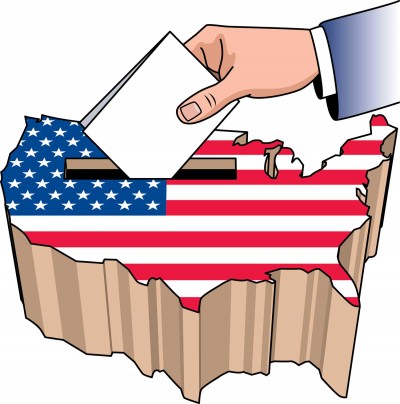 ” … Is not in our stars but in ourselves”. Paraphrased right out of Shakespeare (Julius Caesar) you have it in a nutshell, for all of you, like myself, who actually vote.

It seems that during each and every major election cycle the masters of empire make sure to give you choices as if right out of those old Chinese Restaurant specials: One from Column A and one from Column B.

This is what the Repugnanton and Demoncratic Parties shovel at us, over and over.

Anyone who has to work for the man, in any manner, should finally conclude that these two parties don’t give a rat’s ass about you… Period! The shame of it all is that they continually pander to your emotions to get you to “Trust Us this time!”

They both are controlled by this Military Industrial Empire, so you will always get the hype for war and, better yet, a ‘Strong Defense’. So, your hard earned tax money will see about 50% of it invariably going to the War Economy… while your roads, bridges, infrastructure, schools, libraries continue to rust and wilt away. Of course, with very little money funneled for Real Health and Dental Care, YOU will wilt away!

I could not get myself to watch the Demoncrat convention this week.

Just too much **** to digest and  defecate for one intestine. They called out all the ‘Big Machers’, as my 8% Jewish heritage would say it.

In addition to war criminals Obama and Miss Hillary, they ushered out war criminal Colin Powell. He was the same guy, as a JAG military lawyer, who 50 years earlier had been sent to whitewash the My Lai massacre. Check it out.

Then, 33 years later, Powell stood at the UN and basically lied about Iraqi WMDs and Iraq’s intent to manufacture them.

Along with many other ex Generals and NSA types, Powell is a ‘born again Demoncrat’. Actually, who could blame him after what his old bosses, war criminals Junior and Dick, did to destroy our nation’s moral compass? Now, Mr. ‘Born Again’ Powell realizes (as does this writer) just how dangerous our current president and his evil administration are. Cannot blame Colin for that.

It was sad to watch ‘Feel the Bern’ once again prostrate himself before the altar of the DNC led coup.

This is the same evil group that did the dirty deed to him in ’16. What would I have done if I was Bernie?

Well, first off, after that March evening, when his two fellow candidates, Mayor ‘Alfred E Neumann’ (sorry) Buttigieg  and little Amy (former ‘give em hell’ prosecutor) Klobuchar dropped out and supported Sleepy Joe, ‘Feel the Bern’ should have done a Yogi Berra with ‘Déjà Vu’ all over again.

The next day, when Clyburn and countless pastors made sure that the black voters in SC shunned Bernie and voted for Sleepy Joe, he should have called a press conference. “I am dropping out of the race for president. I will support anyone the party selects to run against Trump. After November 3rd, I will ask my supporters to follow my lead in search of a new 3rd Party to represent our voices. Perhaps the established Green Party or a new one that echoes our urgent needs for major viable change.”

Knowing how dangerous (from the mouth of Noam Chomsky) this president and his party and administration are, decent Americans of all political leanings need to ‘Drain that swamp’…. ASAP!!

We cannot wait for four more years of this Neo Fascist/Neo Nazi mindset that is destroying our republic. I would say ‘Democracy’ but alas, we have NOT had one for generations! Putting a Biden/ Harris administration in place will NOT see real change, but… the days of the brown and black shirts could easily return if this current gang gets four more years. Cassius knew what Brutus failed to see.

Philip A Farruggio is a contributing editor for The Greanville Post. He is also frequently posted on Global Research, Nation of Change, Countercurrents.org, and Off Guardian sites. He is the son and grandson of Brooklyn NYC longshoremen and a graduate of Brooklyn College, class of 1974. Since the 2000 election debacle Philip has written over 400 columns on the Military Industrial Empire and other facets of life in an upside down America. He is also host of the ‘It’s the Empire… Stupid‘ radio show, co produced by Chuck Gregory. Philip can be reached at [email protected].