On 17 July 2014 a Malaysian airlines flight en route from Amsterdam to Kuala Lumpur was shot down while traversing Ukrainian airspace. All 298 passengers and crew on board were killed. The vast majority of passengers on board were Dutch. Australians constituted the third-largest group (38) after Malaysia. A full-scale propaganda campaign immediately flew into action with Russia named as the principal offender, something they have repeatedly denied.

The source of the fatality was alleged to be a BUK missile, a Russian made missile imported into Ukraine for this specific purpose and immediately afterward moved back to Russia. It was not only Russian denials that raised questions about the allegations. Among many other points no one could offer a single plausible reason as to why a Russian missile would be used to shoot down a civilian airline.

As we shall see, the absence of any plausible motive was not the only flaw in the argument.

The Dutch immediately set up a team to investigate the crash. In this they were joined by Australia, Ukraine and Belgium. The Malaysians initially refused to join (they joined in November 2014).

The terms of the agreement between the four nations were the first clue as to its unreliability. It included a condition that nothing was to be published unless all four parties agreed. As Ukraine was an obvious candidate for culpability, that clause alone makes the investigation group a candidate for suspicion.

That the investigation should be open to suspicion relied upon other grounds as well. The first was the argument that a BUK missile had been the means by which the plane was brought down. This is a view consistently advanced by a British “investigator” known to have close links with British intelligence.

There are a number of reasons to seriously doubt these all too convenient causes of the planes crash. The first is that a BUK missile operates by exploding near the aircraft, sending a huge mess of material into the plane, in turn causing its destruction and crashing. The fundamental problem with this explanation for the planes demise was the absence of any evidence of such a missile being found in the recovered wreckage.

This single fact alone is sufficient to destroy the “Russians did it” theory of how MH17 reached its end. What is surprising, but also very revealing, is that this fact was known to the investigators, but it has not been allowed to temper the clearly politically motivated exercise of blaming Russia.

Australia is a party to the investigation and the actions of the Australian investigators are a vital clue as to the reality. The Australian expert team of David Ranson, a Melbourne pathologist, and Ian West, deputy coroner of the State of Victoria, wrote two reports.

Their reports clearly stated that a BUK missile is the cause of the fatality. This report was not only shown to the victim’s families, but it was also discussed with the Australian police. Both men also gave evidence on their research to the Asia and the Pacific Conference held in Melbourne on 14 November 2015.

Writing in the website www.johnhelmer.net, the only website to this writer’s knowledge to have consistently covered the whole affair right up to and including the present day, the author poses the question as to why the report has subsequently been classified. There has never been a satisfactory explanation for this event.

It is not too difficult to ascertain the reasons for suppressing the report. It does not fit the official story, which is to blame Russia for the disaster. That this is not an accident is to be clearly inferred from the fact that the report has been kept secret by three successive Prime Ministers: Abbott, Turnbull and now Morrison. That does not happen by chance.

Another major clue as to the real views of the Australian government is found in the fact that they have declined to pay out to the families of victims under the Supporting Australian Victims of Terrorism Overseas Act. That would have required the Australian government to issue a certification as to the cause of the crash which killed the victims. They have refused to do so, which is hardly consistent with the official policy of blaming Russia.

The Australian Prime Ministers are not alone in keeping the secret. A trial alleging the complicity of three Russians and one Ukrainian is winding its farcical way through the Dutch courts. All but one of the accused has declined to appear at trial.

Their reluctance to appear is well-founded. It used to be the case that one could rely on the Dutch to conduct a fair trial, at least according to some people. If that were ever the case it is not true now. The trial will undoubtably drag on. If the actual inquiry into the crash was ever held, then the trials conclusions would be as clear as the evidence actually suggests. That is, the plane was shot down by one or possibly two Ukrainian fighters observed in the area at the relevant time. These observations took place in the face of denial by the Ukrainian government that any of their planes were active that day.

That this is highly unlikely to ever eventuate is a measure of how sad the policies of blame Russia regardless of the facts has become. That Australia should lend itself to this blatant deception, having actually published the truth some years ago, is also saddening. The compliance of the mainstream media in Australia who have consistently refused to publish the truth of the matter is similarly appalling.

*Geopolitical analyst. He may be contacted at jamesoneill83@icloud.com 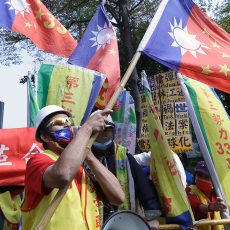 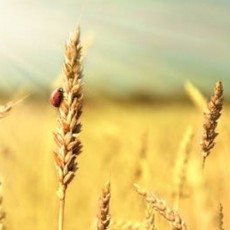 Russian Wheat Harvest Is Under Threat: Is the World Headed for Global Hunger? 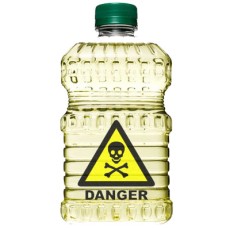 Is Vegetable Oil Slowly Killing You?