The State Department has confirmed that Ghislaine Maxwell’s nephew served as a staff assistant under Hillary Clinton from 2009 to 2012.

Maxwell has been charged with enticement of minors, sex trafficking of children, and perjury. She is supposedly being moved around from cell to cell in prison because of threats on her life, and the suspicious death of Epstein in prison in August 2019.

Maxwell’s nephew, Alexander Djerassi, was hired right out of college to work for the former Secretary of State. This detail has also been confirmed by Djerassi’s LinkedIn profile, which lists him as a special assistant to the office from May 2009 to May 2011, and as chief of staff for the “Office of the Assistant Secretary of State, Bureau of Near Eastern Affairs” from May 2011 to June 2012.

It has also been confirmed that Djerassi was a “policy associate” for Clinton’s presidential campaign from September 2007 to June 2008.

OK! Magazine has reported that Clinton “gifted” the position to Maxwell’s nephew, and gave him “special treatment”.

Other Connections to the Clintons

This news was revealed soon after pictures surfaced of former President Bill Clinton receiving a massage from alleged Epstein victim Chauntae Davies, while traveling to Africa in 2002. On this trip, Clinton flew aboard Epstein’s plane, dubbed the ‘Lolita Express’.

It was reported by Fox News that Bill Clinton took at least 26 trips on Epstein’s plane between 2001 and 2003, according to flight logs. The trips were taken to a variety of locations: Brunei, Norway, Azores, Russia, Singapore, and many others. Ghislaine Maxwell was present on many of these trips.

On at least 5 of the flights, Secret Service personnel did not travel with Clinton. 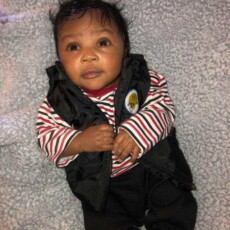 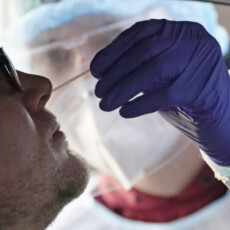