My questions do not refer to the way in which those office-holders qualified for office. It’s clear that anyone who had faked a qualification (such as to be age 30 for election to the US Senate) could be subsequently found to not be properly in office and could be dismissed.

Nor am I examining the constitutionality of the position itself. It’s arguable that no department of the US government should be concerned with “Education.” The US Constitution grants authority to the federal government in only 18 precisely stated areas, and Education is not one of them. (That power belongs to the states.)

Personally, I think the Secretary of Education sits there illegitimately. Such a problem could be straightened out by a court, like the problem of the less-than-30-year-old senator.

The problem I wish to address today is much broader than an individual’s qualification for office or the office’s constitutionality. My question is: who has the right to govern society, and how can we know when that role is being carried out legitimately?

Thesaurus.com offers many synonyms for “legitimate,” including: correct, genuine, normal, proper, statutory, well-founded, acknowledged, authorized, recognized, warranted, licit, orthodox, and “on the up and up.” Putting those together, you could say “a thing is legitimate when people feel okay with it.”

If instead of synonyms, you look for a definition of legitimate, you will find that it is circular – a thing is legitimate when it comports with the law. That law must have already been accepted, perhaps by custom, or maybe it was imposed by force.

A Glance at the Animal Kingdom

The question of “who has the legitimate right to govern?” sounds silly if asked about animals in the wild. It implies that the animals would be able to think about governance. Most likely they have no concept of that. Even for those animal species that have “society,” there is plenty of variety as to rulership.

Some birds travel in flocks. On a long migration, it may be the more experienced ones that give direction. Or maybe they don’t even realize they are “giving direction” – they are simply flying the way they know and others follow.

Some bird species, such as domesticated chickens, have a pecking order. Each individual tries, by fighting (i.e., by pecking), to outdo the others. “Boss-hood” is a result of the pecking. The top hen is the least-pecked. I guess you could say she holds her position legitimately. Anyway, she doesn’t actually “govern” in the sense of looking out for the group’s welfare.  It’s “every man for himself.”

Among ants, it’s not every ant for himself, it’s every ant colony for itself. A particular colony, which may have millions of ants, does not have a boss, not even the queen. She reproduces but does not give orders to the “workers.” They have a sort of collective mind, mediated by their DNA.  They make decisions — about, say, travel — by sharing the news via their antennae. (Granted, there’s also some selfish jostling among individual ants.)

Primates have a variety of types of social structure: The gibbon has only the nuclear family. The male baboon keeps a harem of females. In chimpanzees, where paternity is not knowable, boss-hood comes from aggressive encounters among individuals. Yet, once the boss is established, he may act “responsibly,” such as by quashing a fight among youth.

What about Humans in Prehistoric Times?

According to the Encyclopedia Britannica, mammals first appeared in the Triassic period, more than 200 million years ago, diverging from reptiles. Primates made their debut in trees. The tiny tarsier was an early primate.

Not until 25 million years ago did the split occur that led, on the one hand, to Old World monkeys, and on the other hand, to apes and man.  The line of primates that would eventually give rise to hominids separated from other apes perhaps 6 million years ago.

I certainly have no information as to what structure the hominid societies had, other than the iron rule that mammal young must stay with the mother for a time, for milk. Anything else we were to say about hominid governance would consist of extrapolating backwards from the observed behavior of living humans.

Or, one could theorize, as Lionel Tiger and others have done, that certain traits seen in today’s primates that are human-like, probably came from a shared ancestor. (Example: monkeys and humans hold out a hand the same way, to beg.) Logically, as such traits came down the line to us, the intervening species of hominids would have possessed them, too.

Credit must go to anthropologist Lionel Tiger who studied the role that male-bonding plays in human society. It may have come about by learned culture, but more likely (he thinks) by way of genetic inheritance.

In his 1969 book, Men in Groups, Tiger hypothesizes that, in humans, male-bonding is innate for defense, hunting, and social-order maintenance. He asks: what are the precursors of this in primates?  In langurs, the basic structure is the stable male hierarchy. But langurs are arboreal; species that later ventured onto the savanna needed more structure.

In the open field, many prey animals were available as food and this required cooperative hunting. Tiger thinks that man’s enthusiasm for hunting is a clue. He says “It is an ethological principle that behaviors accompanied by strong ‘emotion’ are likely to reflect situations very important to the survival of the species.”

The key to Tiger’s theory is that a central hierarchy of males in a group — even two males is enough – makes possible a “spinal cord.”  From there, other complex arrangements may develop. He says “from a linkage of significant males, communities develop their intra-dependence, their coherence, and their continuity from the past to, possibly, the future.”

Among humans, Tiger is interested in the phenomenon of men’s secret societies, which is a “cultural universal.” It is seen in college fraternities. A boy proves his worthiness to join the club by enduring a painful initiation rite.

Tiger says he was walking down the street and saw a young man with a bloodied face being dragged on the ground by several students. He tried to intervene, but the “pledge” asked him not to, as he needed to make the grade.

Is There a Right and Wrong to It?

In the article at hand, I am posing a broad question:  Who has the right to govern society, and how can we know when that role is being carried out legitimately?  These are matters that philosophers and political scientists often raise.

A political scientist may answer it by checking to see if the behavior of a polity is in accord with its charter. Philosophers would sense, rather, the underlying question “on what could we base a person’s ‘right’ to govern others?”

Of course, when we rise to the level of the thinking human being, we do get into open discussion of who has a right to do what to another. Laws can be made based on what seems fair. Consider Leviticus 24:20 (in the New King James version of the Bible): “Eye for eye, tooth for tooth; as he has caused disfigurement of a man, so shall it be done to him.”

Modern American jurisprudence has heaps of ethical statements. Even among the darkest practitioners of realpolitik, nobody says outright that they mean to kill off their rival – they euphemize what they are doing.

Secret Societies – Their Biology and Their Purpose

I now wish to look at Lionel Tiger’s work on secret societies in the context of my question “What is legitimate?”. He found answers in primate behavior, to enlighten modern human behavior such as the secret society.

Naturally, he does not posit the presence of a secret society in any primate (or pre-language hominid) group, but in primate male-bonding, he sees a harbinger. Men stick together for a task. They have the emotion for teamwork, and they exclude non-members aggressively. It can be assumed (say I) that their togetherness can take on the quality of perfect loyalty.

Tiger quotes the oath that members of the ancient Great Hung League in China had to take: “I swear that I shall know neither father nor mother, nor brother nor sister, nor wife, nor child, but the brotherhood. Along where the brotherhood leads or pursues, there shall I follow or pursue; its foe shall be my foe.”

Heady stuff! We have often heard that Freemasons, even unto judges, are so seriously under obligation to their bond-brothers, that if one of them is in trouble (read: is on trial) the judge must support him (read: must acquit him).

As noted, the Thesaurus lists, as synonyms of “legitimate,” such easy-going words as “accepted, acknowledged, genuine,” as well as more demanding criteria such as “orthodox, licit, authorized.” I have argued that there’s no real way to pin down the legitimacy of something, as it gets circular. “We approve it because we feel approvish towards it, or we passed a law saying ‘That’s it’.”

Still, I hereby advance a position that secret societies today are illegitimate if they have a hand in the official government of the day. Western democracies are clearly committed to openness; it is part of the justification of their rulership – they are ruling for the whole population and all citizens are eligible to hear what is going on.

Secret societies are, well, secret. They do things behind closed doors, and that renders their behavior unaccountable. It just won’t do for them to assure us that nothing criminal is happening in there. We should remember the judge example described above. By giving his loyalty to his club, the judge is depriving nonmembers of his loyalty – by definition.

Needless to say, when members of a secret society are officials of an investigatory body, such as the FBI or the police, the ability of that body to actually investigate is hampered; no “bond brother” can come under scrutiny. Behold, the mystery of the protection of criminality laid bare!

It must be that the oath is frequently made in bad faith. Indeed it is made with utter cynicism, and the joke is on us.

We had better wake up. We might remind our fellow citizens of the wise observation in Matthew 6:24: “No man can serve two masters. Either he will hate the one and love the other, or will be devoted to the one and despise the other.”

In this article, I have said that there’s no way to judge the rightness of animal governance. There is, however, a way to judge human governance.  Judging is one of our many talents, and a top sport. You can find the content of “government ethics” in the law and thus in jurisprudence. It’s there by the heapload. So just get stuck into it.

The secret-society-in-government nonsense has got to go. Agreed?

Mary W Maxwell is the author of Prosecution for Treason. 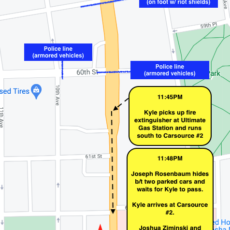 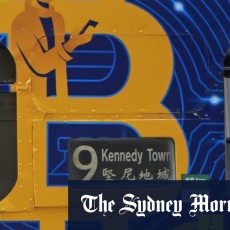