Trump Adviser Breaks the ‘Bad News’ to the FBI

Former national security official Kash Patel broke the ‘bad news’ to the FBI: The ‘classified’ documents it seized from Mar-A-Lago were already declassified.

“So, there’s a distinction between national security and criminal cases,” Patel said in an interview on Fox News. “And in this instance, it seems to be from the public reporting and the Attorney General’s conduct that this is going on pursuant to a national security investigation, which takes it out of the criminal division and into the national security division where I used to work.”

“And the receipts that are now becoming publicly available show vague descriptions of things, because the government is likely going to come in and say some of this stuff is classified, but it doesn’t seem to be the case, when Donald Trump issued sweeping declassification orders on multiple occasions… as president, on multiple times,” Patel said. “So that’s going to be a distinction that we need to watch for, and it’s incumbent upon the government, the DOJ to tell us what happened.”

“Okay,” host Martha MacCallum responded. “So you just touched on something that I wanna dig into here with you, which is the declassification process and what your position was at the time, and whether or not you were involved, because we know there’s a procedure that has to take place. The president can’t just, you know, sort of wave over a bunch of boxes and say, ‘this is all declassified.’ Can you take us through the process where these documents were declassified by this president?”

“Yeah, so the normal process, and I was the deputy, you know, there’s multiple occasions, but I think I was serving as Deputy Director of National Intelligence,” Patel replied. “If we needed to declassify through the normal chain of command for lower level employees, we’d have to go through a rigorous process to do that procedurally. But the president of the United States, is and has always been, the ultimate unilateral classification authority to classify and declassify. If he says something is declassified, that’s it. Then it’s declassified.”

“He issued a strong statement in October of 2020 to classify all Russiagate and all Hillary Clinton documents. And that’s up on, you know, publicly available,” he added. “And then at the end of his administration, in December and January, he felt so much more information needed to be classified. He declassified whole sets of documents that should have come out. Now, the GSA has since come out, the Government Services Administration, said they mistakenly packed some boxes and moved them to Mar Lago.”

“That’s not on the president, that’s on the National Archives to sort that material out.,” he added. “They cannot prosecute him for intentionally, even if it was classified, which it’s highly unlikely that the issue, these sweeping orders,  like we went through with the Hillary Clinton saga, they’ll never, they’ll never meet the burden of intent ,because president didn’t pack it up and take it himself. ”

“The GSA has said they did it and they made a mistake,” he added. “And that should have been really the end of it. It should have been a cordial subpoena, where at most where they said, ‘okay, we just need this and we’ll get the rest back to you.’ I mean, President Obama and President Clinton still have classified materials in their possession in their home, but they have not released to this day per the National Archive.”

“So are you saying that these particular documents that were at Margo were all declassified in that December, January period of what year?” MacCallum asked.

“The end of 2020 and early 2021, before the president left, whole sets of documents were, I don’t know what, was shipped down there because I wasn’t the GSA people moving those documents, only they do,” he said. “They packed them. They admitted that they packed them, which is their job and transported them there and stored them somewhere.”

“So the GSA can provide a lot more clarity to us on how and what was moved,” Patel added. “And the GSA could have worked with the Department of Justice. That would’ve been my move as the national security prosecutor who brought terrorism cases all the time. This is an extreme national security measure taken for what seems to be a wholly unnecessary national security approach.”

All right,” MacCallum said. “So you’re saying the GSA packed these boxes, they’ve already admitted that they sent some of them there in error. Yeah. So then, when, in June, when they went in with the subpoena and they collected the boxes, apparently then, you know, according to one line of this story, somebody said, ‘no, there’s actually more here and you need to come back for what is here because it shouldn’t be here.’ Do you think that is what happened? Do you think? And, the Secret Service individual who was involved in that is one of the storylines that we’re pursuing.”

“Yeah, I don’t know who that individual is, but I think it was clear from President Trump’s statements that I believe he put out on Truth Social that he invited, whoever was there in June or whatever date we’re talking about to this, to look and have whatever they want and come back, and I’m paraphrasing to see whatever they needed,” he went on. “So if that was the case, which it seems to be because the DOJ has not controverted that statement, then they could have come back because there’s a voluntary cooperation. I don’t know. I don’t have any details that immediate reporting in terms of that incident.

“But again, it seems to be, you know, there’s a different way to treat people regarding classified information, if your name’s Hillary Clinton or James Comey versus if your name is Donald Trump,” he said. “And it’s just not the even handed way to do it. It’s not how we used to do it at the Department of Justice.”

“And they, you know, I get me to the point of this whole conversation about nuclear information,” Patel noted. “Okay. Let’s just say, that’s the case. They waited two years to go seize this information? Or, and, and if, if they get away with the two year mark, how about the warrant was issued on Friday? And they executed on Monday. So it was so sensitive, they took the weekend off. I, as a national security prosecutor, would get these warrants and execute them the next minute. And I think you’ll find every national security prosecutor will tell you the same.”

Kash Patel raises an excellent point. As Breitbart News exclusively reported about the FBI search warrant, the Feds waited days to execute its raid after the document was approved.

“The warrant that authorized the search of former President Donald Trump’s residence at Mar-a-Lago shows it was issued by U.S. Magistrate Judge Bruce Reinhart on Aug. 5, 2022, at 12:12 p.m.—nearly three full days before the Justice Department and FBI conducted a raid to execute it,” Breitbart reported.

However, it is being reported elsewhere that the Biden administration may have moved to ‘reclassify’ the documents that were shipped to Donald Trump when he left the White House. If that is the case, and drawing on what Kash Patel said about the GSA packing the ‘wrong documents,’ the entire FBI raid may be yet another set-up. 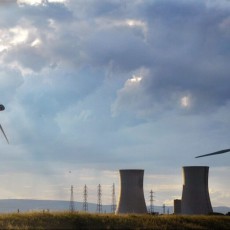 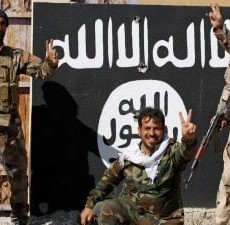 ‘Al Qaeda Is on Our Side’: How Obama/Biden Team Empowered Terrorist Networks in Syria