A fifteen year argument is finally over…. We win.  Most CTH readers probably don’t even remember the reason for the name: “The Last Refuge” upon this little corner of the internet.  However, for well over a decade we have tried to share the truth behind the financial mechanisms that run Washington DC; and the primary machine has always been a completely corrupt, deceptive and anti-American U.S. Chamber of Commerce.

Against the entirety of the conservative media; and against the entirety of every organized group that ever attended CPAC; this website has attempted to educate people about the genuinely fraudulent purposes of the U.S. CoC and their President Tom Donohue.  I have written hundreds of articles over the years outlining “there are trillions at stake” and the elements of importance behind that statement.   Every single mainstream conservative voice has denied the truth; and likely most of them are probably on the CoC payroll. 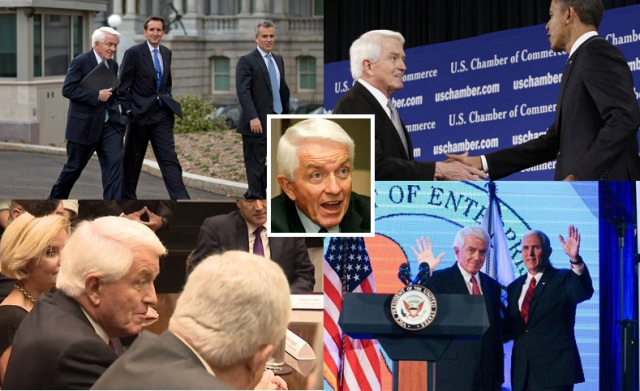 Every former administration took massive payments from the CoC and allowed the Chamber to write trade agreements language for decades.  The CoC business model was to take payments from Wall Street multinationals and then write the agreements to their benefit.  Politicians were paid to keep quiet and support the CoC.  The chamber is the largest lobby organization in DC.  The chamber spends more money on influence than any other lobbying group by a massive amount.  The CoC is at the heart of DC corruption.

President Trump knew about the CoC business model; that’s why he never allowed them a seat at the ‘America First’ table.  That was the original source of our support for candidate Donald Trump.  And now, after a decade of our trying to highlight the CoC scheme and the reason for it; yesterday, the U.S. Chamber dropped their pretense and admitted they were now supporting democrats because the CoC effort can only succeed by destroying Main St.

WASHINGTON DC – The U.S. Chamber of Commerce is poised to endorse nearly two dozen freshmen House Democrats for reelection, triggering a revolt within the right-leaning organization and drawing fierce push-back from the group’s powerful GOP donors.

The decision represents a sharp departure for the traditionally conservative Chamber, which has spent over $100 million backing Republican candidates during the past decade, and it threatens to further complicate the party’s prospects in the November election while driving a split in the business community.

Chamber leaders — including President Suzanne Clark, Chief Executive Officer Tom Donohue and Executive Vice President Neil Bradley — have been pushing the proposal ahead of a Thursday committee vote to finalize a slate of 2020 endorsements.

But the group’s donors and members are up in arms, with some threatening to pull funding and others openly venting their frustration. Some are raising the prospect that Chamber board members will quit in the weeks to come.

[…] The internal fight is just the latest headache for the Chamber, which for decades was regarded as a giant in the lobbying world. The group has recently generated headlines for its frosty relationship with the White House and alleged lavish spending on private jets.

The clash also provides a window into a growing rift in the business community over its place in the Donald Trump-dominated Republican Party, which has at times embraced policies the corporate world opposes. While the Chamber has almost exclusively endorsed Republicans over the past decade, it has collided with the president over everything from tariffs to immigration. (read more) 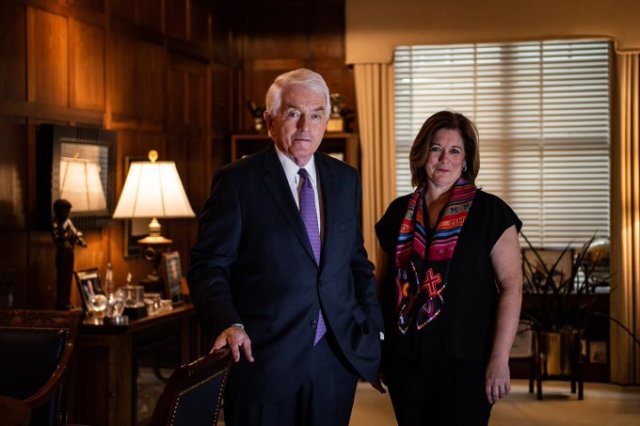 If you understand the basic elements behind the new dimension in American economics, you already understand how three decades of DC legislative and regulatory policy was structured to benefit Wall Street and not Main Street. The intentional shift in monetary  policy is what created the distance between two entirely divergent economic engines.

Investments, and the bets therein, needed to expand outside of the USA. hence, globalist investing.

However, a second more consequential aspect happened simultaneously. The politicians became more valuable to the Wall Street team than the Main Street team; and Wall Street had deeper pockets because their economy was now larger.

As a consequence Wall Street started funding political candidates and asking for legislation that benefited their interests.

When Main Street was purchasing the legislative influence the outcomes were -generally speaking- beneficial to Main Street, and by direct attachment those outcomes also benefited the average American inside the real economy.

When Wall Street began purchasing the legislative influence, the outcomes therein became beneficial to Wall Street. Those benefits are detached from improving the livelihoods of main street Americans because the benefits are “global”. Global financial interests, multinational investment interests -and corporations therein- became the primary filter through which the DC legislative outcomes were considered.

There is a natural disconnect. (more)

As an outcome of national monetary policy blending commercial banking with institutional investment banking something happened on Wall Street that few understand. If we take the time to understand what happened we can understand why the Stock Market grew and what risks exist today as trade policy is reversed to benefit Main Street.

Instead of attempting to put Glass-Stegal regulations back into massive banking systems, the Trump administration created a parallel financial system of less-regulated small commercial banks, credit unions and traditional lenders who can operate to the benefit of Main Street without the burdensome regulation of the mega-banks and multinationals. This really is one of the more brilliant solutions to work around a uniquely American economic problem.

[You saw direct evidence of this at work with the Paycheck Protection Program (PPP) in the COVID rescue package.  Small and medium lenders were responsive to Main Street and the large institutional (Big Bank) lenders were not.]

♦ When U.S. banks were allowed to merge their investment divisions with their commercial banking operations (the removal of Glass Stegal) something changed on Wall Street.

Companies who are evaluated based on their financial results, profits and losses, remained in their traditional role as traded stocks on the U.S. Stock Market and were evaluated accordingly. However, over time investment instruments -which are secondary to actual company results- created a sub-set within Wall Street that detached from actual bottom line company results.

The resulting secondary financial market system was essentially ‘investment markets’. Both ordinary company stocks and the investment market stocks operate on the same stock exchanges. But the underlying valuation is tied to entirely different metrics.

Financial products were developed (as investment instruments) that are essentially wagers or bets on the outcomes of actual companies traded on Wall Street. Those bets/wagers form the hedge markets and are [essentially] people trading on expectations of performance. The “derivatives market” is the ‘betting system’.

♦Ford Motor Company (only chosen as a commonly known entity) has a stock valuation based on their actual company performance in the market of manufacturing and consumer purchasing of their product. However, there can be thousands of financial instruments wagering on the actual outcome of their performance.

There are two initial bets on these outcomes that form the basis for Hedge-fund activity. Bet ‘A’ that Ford hits a profit number, or bet ‘B’ that they don’t. There are financial instruments created to place each wager. [The wagers form the derivatives] But it doesn’t stop there.

♦Understanding the disconnect between an actual company on the stock market, and the bets for and against that company stock, helps to understand what can happen when fiscal and monetary policy is geared toward the underlying company (Main Street MAGAnomics), and not toward the bets therein (Investment Class).

Trillions can be lost in investment instruments, and yet the overall stock market -as valued by company operations/profits- can increase.

Conversely, there are now classes of companies on the U.S. stock exchange that never make a dime in profit, yet the value of the company increases. This dynamic is possible because the financial investment bets are not connected to the bottom line profit. (Examples include Tesla Motors, Amazon and a host of internet stocks like Facebook and Twitter.) It is this investment group of companies that stands to lose the most if/when the underlying system of betting on them stops or slows.

Specifically due to most recent U.S. fiscal policy, modern multinational banks, including all of the investment products therein, are more closely attached to this investment system on Wall Street. It stands to reason they are at greater risk of financial losses overall with a shift in fiscal policy.

That financial and economic risk is the basic reason behind Trump and Mnuchin putting a protective, secondary and parallel, banking system in place for Main Street.

Big multinational banks can suffer big losses from their investments, and yet the Main Street economy can continue growing, and have access to capital, uninterrupted.

Bottom Line: U.S. companies who have actual connection to a growing U.S. economy can succeed; based on the advantages of the new economic environment and MAGA policy, specifically in the areas of manufacturing, trade and the ancillary benefactors. 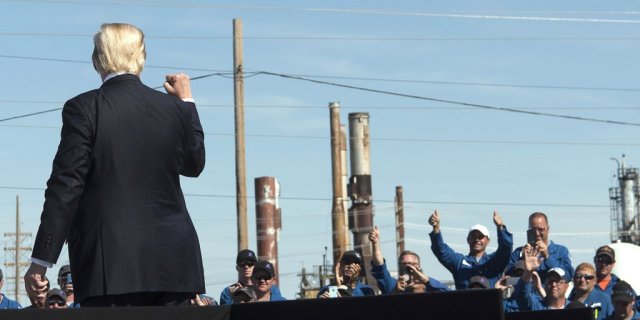 Pelosi: ‘We have arrows in our quiver’ ready to stop Justice Ginsburg replacement

A DIFFERENT Virus Leaked From Another Chinese Bio-Facility [Video]