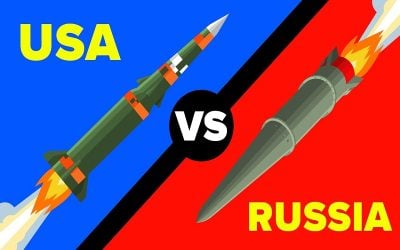 Tuesday’s virtual meeting between Russian President Vladimir Putin and his American counterpart Joe Biden, which is their second since last June’s in-person one in Geneva, will arguably be among the most important discussions between these two countries’ leaders in decades.

The latest Ukrainian Crisis must urgently be resolved in order to put an end to their undeclared missile crisis. Biden is the only one who can do this, but in order for that to happen, he must truly understand his global responsibility and have the political will to defy the powerful anti-Russian faction of his permanent military, intelligence, and diplomatic bureaucracies (“deep state”) that’s brought relations between these Great Powers to the brink of war.

Towards A Second Missile Crisis

The Western Mainstream Media has misportrayed the latest tensions as the result of Russia’s alleged plans to inexplicably “invade” Ukraine, despite similar fearmongering over the past seven and a half years never having materialized.

Slightly more astute observers speculate that it’s actually all about the unresolved political status of Donbass, which Ukraine has refused to afford special political status (autonomy) in defiance of Minsk II. Those whose expertise is a bit higher understand that the real cause of tensions is NATO’s continual expansion eastward while the most knowledgeable among them know that all of this is actually part of an undeclared missile crisis that’s rapidly intensifying to become just as dangerous as their infamous one from 1962.

To elaborate, NATO didn’t break its oral obligation to the former Soviet Union at the end of the Old Cold War not to expand beyond the borders of then-recently reunified Germany just for the sake of it, but to put unprecedented military pressure on Moscow so as to coerce it into becoming the West’s “junior partner” in perpetuity. To that end, former US President Bush Jr. pulled out of the Anti-Ballistic Missile (ABM) Treaty in order to set up so-called “missile defense” infrastructure in the former Eastern Bloc countries of Poland and Romania. Russia consistently maintained that all of this was just a front since such systems could easily be reprogrammed at the push of a button in order to launch offensive missiles against it, including potentially nuclear-armed ones.

In response, Russia made the research, development, and deployment of hypersonic missiles its highest national security priority since the start of the former Soviet Union’s nuclear program. The result is that Russia has become the world’s leader in these technologies, which have restored the strategic parity between it and the US, the top nuclear powers.

That’s because its hypersonic missiles cannot be shot down by the US’ “missile defense shield”, thus ensuring that it can retain its credible nuclear second-strike capabilities in order to deter an overwhelming first strike from the US in the worst-case scenario. Washington wanted to achieve dominance in the second-mentioned dynamic so as to blackmail Moscow into the “junior partner” status that was explained in the preceding paragraph.

The “Deep State” Strikes Back

Instead of accepting the restoration of nuclear parity between the world’s strongest militaries, the anti-Russian faction of the American “deep state” – whose influence comparatively declined under the rule of former US President Trump after being replaced by its anti-Chinese counterpart – continued to saber rattle by pushing forward with its zero-sum plans to expand NATO’s de facto capabilities as far eastward as possible. The military-strategic logic behind this is that the unofficial deployment of NATO members’ missile systems to Ukraine (likely under the cover of being another component of the falsely described “missile defense shield”) could restore the US’ nuclear edge over Russia by re-enhancing its first-strike capabilities which provoked the latest global security crisis in the first place.

None of what was explained thus far is wild speculation like some critics might claim but is evident from Russian officials’ latest statements on the matter. President Putin told his country’s military leaders in early November that “Everyone is aware of the US’ plans to deploy intermediate-range missiles in Europe, this poses a great danger and threat to us. We are all well aware that some of our foreign partners do not cease attempts to break the parity, including through deploying elements of the global missile defence in direct vicinity to our borders. We cannot fail to notice these threats to Russia’s security and will react in an adequate manner.” His next relevant comments came at the end of that month and made it clear that he was warning about the deployment of such missiles to Ukraine.

During the “Russia Calling!” investment forum, he said that “I will repeat this once again that the issue concerns the possible deployment in the territory of Ukraine of strike systems with the flight time of 7–10 minutes to Moscow, or 5 minutes in the case of hypersonic systems.” Foreign Ministry spokeswoman Maria Zakharova then reiterated Russia’s “red lines” a few days afterwards, which were dangerously dismissed by Biden. This was despite President Putin publicly declaring his willingness to cut a deal with NATO to stop its eastward expansion that’s behind the latest crisis. With the Ukrainian military having sent half of its troops (roughly 125,000) to Donbass as well as reports circulating about America’s interest in deploying “advisors” and dispatching more weapons there, Europe is racing towards war.

Russia will not “invade” Ukraine, but it will do everything in its power to prevent it from becoming such a de facto member of NATO that the bloc begins deploying its falsely described “missile defense systems” to that neighboring nation. Even though the alliance’s Secretary General Jens Stoltenberg recently reaffirmed that NATO’s mutual defense obligations don’t extend to non-members like Ukraine, the US’ anti-Russian “deep state” faction is recklessly trying to test Russia’s mettle by remaining strategically ambiguous about its plans to deploy the aforementioned systems there sometime in the future. They’re also encouraging Kiev to seriously consider an “Operation Storm”-like ethnic cleansing campaign in Donbass in order to provoke a conventional Russian response.

That said response would be maliciously misportrayed by the Western Mainstream Media as the so-called “invasion” that they’ve been fearmongering about for seven and a half years already, which can turn serve as the tripwire for urgently sending “anti-missile systems” to Ukraine under that emergency pretext in the worst-case scenario escalation. Everything is unprecedentedly dangerous at the moment, though to their credit, Russian and American leaders alike have avoided provoking a global panic despite this truly approaching 1962-like crisis proportions. The virtual summit between their leaders will likely represent the last chance to step back from the brink, but only if Biden can successfully rein in the anti-Russian members of his “deep state”.

It must be remembered that the Biden Administration’s foreign policy is a continuation of Trump’s in the sense of building upon his anti-Chinese obsession, which explains why it’s sought to pragmatically improve relations with Russia as evidenced by last June’s summit in order to redirect more resources from Western Eurasia to its Eastern half for the purpose of “containing” the People’s Republic. This grand strategic plan has been sabotaged by the anti-Russian members of his “deep state”, however, who still remain influential since they were never completely politically neutralized. Although their role in policymaking greatly diminished by the end of the last administration after Trump was coerced into becoming the toughest-ever president against Russia, its levers of influence perniciously evolved.

They’ve taken the form of this faction encouraging Poland, the Baltic States, and especially Ukraine to collectively provoke an East-West crisis between Russia and the US for the purpose of sabotaging the Biden Administration’s incipient rapprochement with Moscow that’s aimed at enabling it to ultimately put more pressure on Beijing. The only way that this dangerous scenario can be averted is if Biden finally agrees to respect Russia’s legitimate regional security interests by agreeing to President Putin’s proposed deal for halting NATO’s eastward expansion, especially its deployment of “missile defense systems”, not to mention the urgent need to ensure that they’re never sent to Ukraine. The failure to do so could quickly lead to a modern-day redux of the Cuban Missile Crisis.

A Russian-NATO Proxy War In Ukraine?

Even worse, it could even turn “hot”, although it’s unclear whether there’d be a conventional Russian-NATO clash or if the nuclear threshold will be reached. Ukraine’s serious contemplation of an “Operation Storm”-like ethnic cleansing campaign in Donbass would likely provoke a conventional Russian reaction, which in turn might very easily become a Russian-NATO proxy war as was earlier warned about. That doesn’t serve Russia’s interests, nor the predominant anti-Chinese “deep state” faction’s that’s most powerfully formulating the US’ grand strategy at the moment as Trump’s most enduring legacy. This subversive anti-Russian “deep state” faction must be politically neutralized in order to restore strategic parity between these nuclear superpowers and preserve global stability.

In other words, an unprecedentedly dangerous foreign policy faction is about to provoke another round of nuclear brinksmanship between the world’s two top such powers if they aren’t stopped. They’ve hijacked the US’ Eastern European policy through their vested network of influence in the region and are at the brink of holding the world hostage to their radical agenda. These anti-Russian “deep state” forces are going against the present administration’s own formal policy of gradually improving relations with Russia in order to more aggressively “contain” China in the other half of Eurasia. They’re blinded by ideological hatred for the Eurasian Great Power, which is responsible for this undeclared missile crisis that might soon become official if tomorrow’s meeting doesn’t result in a deal.

Andrew Korybko is an American Moscow-based political analyst specializing in the relationship between the US strategy in Afro-Eurasia, China’s One Belt One Road global vision of New Silk Road connectivity, and Hybrid Warfare.

How Politicians Make Millions Off Our Corrupt Political System 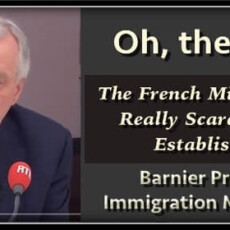 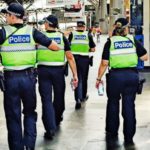 An Australian Police Officer Almost Shows Himself to be Human