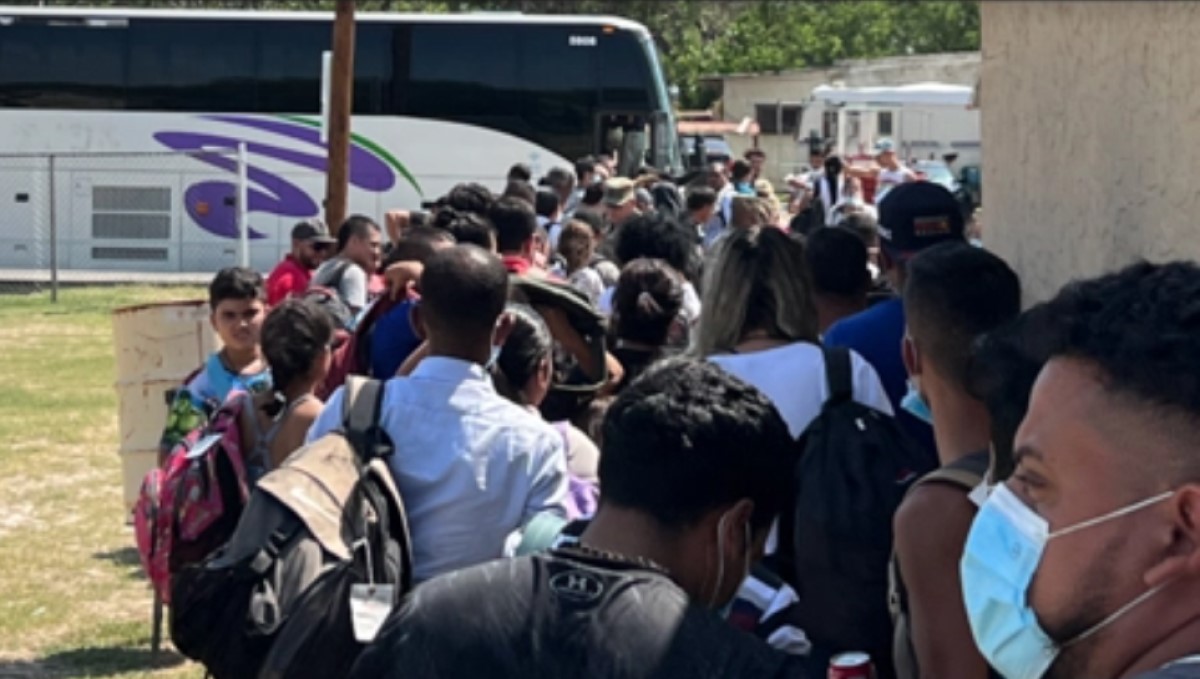 Austin, Texas — Following months of Biden administration shuttle diplomacy, multi-national U.S.-bound immigrants from more than 150 countries are now finding international routes to the southern border faster, easier, and less obstructed than ever before.

Panama has dramatically shortened the notorious Darien Gap route from South America for the first time. Mexico has amended a years-old policy of using a national guard road blockade to slow U.S.-bound immigrants on its Guatemala border for one that now immediately hands out fast-pass visas straight to the American border.

Taken altogether, the new relative ease, safety, and swiftness of global journeys to the U.S. southern border should induce even greater numbers of foreign nationals to try the journey, especially those border-crossing nationalities the administration is currently allowing to remain. The number of foreign nationals not from Mexico or Central America is at the highest level in American history, amid illegal migration already at record-breaking levels overall.

Such nationals range from 40 to 50 percent of all who reach the southern border since the Biden administration carved exemptions in the pandemic-related Title 42 instant expulsion policy. The Biden exceptions have allowed large numbers of such trespassing foreign citizens to stay inside the United States. Homeland security officials regard this population as posing heightened national security, public safety, and health risks.

The Biden government has not taken specific credit for these two consequential changes. But the enticing changes do come after months of American diplomacy with Panama and Mexico and fall in line with the administration’s overarching policy idea for border management that illegal immigration not be stopped so much as rendered “safe, humane, and orderly.”

The administration has certainly lodged no objections to the creation of what amounts to a free-flow corridor from Panama through Mexico. That has included nary a discouraging word on Mexico’s apparent order that its national guard deployment, which Biden’s administration once insisted be maintained, stand down.

Starting late last year, a series of investigative stories by major American news outlets drew attention to the largest human flows ever recorded through the exceedingly dangerous Darien Gap. That gap is a lawless 60-mile jungle wilderness that must be crossed from Colombia to reach Panama.

Usually no more than 10,000 mostly single, young, adult male immigrants a year undertook the seven- to 10-day trek to Panama over mountains and across flash-flood-prone rivers. Yet more than 130,000 crossed in the first year after Biden won office to take advantage of exemptions the new president allowed in Title 42 for families with young children, unaccompanied minors, and pregnant women. Much of the recent popular press coverage focused on their deaths, criminal victimizations, and misery.

American diplomacy with Panama followed these stories, culminating in the April signing of a Bilateral Arrangement on Migration and Protection agreement to “improve migration management” by DHS Secretary Alejandro Mayorkas and Secretary of State Antony Blinken. The agreement is short on specifics, but during the preliminary shuttle diplomacy in February, Panama suddenly established a new sea route.

That route allows smuggling vessels from Colombia full of U.S.-bound foreign nationals to land much further northwest up the Caribbean coast on Panamanian territory. Panamanian coast guard vessels had previously blocked such smugglers. Immigrants landing make their way to the community of Canaan Membrillo. Another route opened up on the Pacific side of Panama to the community of Jaque.

The route to civilization in Panama from the new landings is only a two- or three-day trip over easier terrain through Kuna tribal territory, compared to the old 10-day trek through Embera tribal lands. Francisco Agapi, mayor of 29 villages where the old trail emptied out for years, told me recently that vastly reduced numbers now come through because the immigrants naturally prefer the short route the Panamanian government made possible by allowing the migrant boats to land further north.

The new route, which will almost surely draw higher numbers of migrants from around the world, coincided with a Panamanian border and immigration police operation it called wana humaradá, which means “let’s go with everything” in the Embera language. Its purpose was described as an effort to create a “more controlled migration” and to reduce the loss of life among foreign nationals, Spanish-language media reported.

The significance of Panama establishing the new shorter bypasses is that, while fewer immigrants will probably die getting to Biden’s open door, it formalized the opening of a true superhighway. Such easier, quicker passage will only invite ever more massive volumes of people to pour through from South America and keep going, said the American conflict journalist Chuck Holton, who lives in Panama not far from Darien Province.

“It could easily get to the point where we have as many extra-continentals coming through as we do from the northern triangle countries of Central America,” he said. “They’ll double and double again the number of people coming. They’re talking about facilitation. They’re not talking about deterrence.”

Starting with the Trump administration in 2019 and maintained by Biden, Mexican policy on its southern border with Guatemala was to blockade as many incoming immigrants as possible for at least several months in the city of Tapachula. The government typically would require immigrants to obtain Mexican asylum or other forms of legal permission to be in Mexico — deliberately slow-rolling the processes for months — before they could continue on to the American border with their freshly minted documents, which could be found crumpled on the banks of the Rio Grande. The Mexican slow-roll policy required Mexican national guard roadblocks on dozens of highways in the southern provinces.

But following recent months of American diplomatic activity, Mexico apparently now feels free to issue — as fast as it can — transit visas and 30-day “Multiple Migratory Form” visas to all immigrants entering its territory from Guatemala. They promptly use these to travel straight to the American border for illegal crossings, according to Spanish-language media reporting (here, here, here, here, and here).

First, they obtain seven-day transit visas in Tapachula and then 30-day permits 50 miles north in the town of Huixtla that clears a straight beeline to the American border. This new practice represents a sea change in bilateral immigration management that has drawn no American media coverage I can find.

For the first time since 2019, the Biden administration appears to have released Mexico from its agreement to use its 30,000 national guard soldiers for blockade duty. Starting sometime in late June, Mexico City ordered its soldiers to yield the southern highways, apparently for the first of many caravans on July 1. Soldiers were told to “limit themselves to observing the transit of the caravan, which celebrated with cries of ‘Yes, we can! Yes, we can!’ as participants passed through the former roadblocks.”

By the end of July, at least 16 caravans of various sizes have been allowed to obtain visas in the southern Mexican city of Huixtla and continue on to Texas or Arizona. Now, the Mexican soldiers escort the immigrants to ensure their safety, rather than block any of them. The Mexican journalist Oscar “El Blue” Ramirez has been on the scene in southern Mexico covering the chaos that Mexico’s new open-road policy has wrought.

The Mexican policy was never able to hermetically seal the southern border with Guatemala, far less so under Biden than under Trump, whom Mexico credibly feared would strike the country with massive tariffs for straying. But under Biden, as I have often reported, three or four months of immigrant population buildups would lead to riots and violent disturbances, which would force the government to free tens of thousands at a time in “ant operations” that would disburse them all over northern Mexico for eventual U.S. border crossings.

Now, however, the new agreement frees Mexico of that at least somewhat-deterring pretense and opens the roads north to their widest aperture in years. So many are using it now that complaints have turned from imprisonment in Tapachula to merely long, irritating lines to get the new visas.

Thousands are coming from all over the world, fresh from the new Darien Gap route workarounds. They’re coming in huge numbers, judging by Spanish-language reporting like Oscar Ramirez’s. As Venezuelan Angel Escobar told Noticieros Television on July 23 while waiting in southern Mexico for his quick-pass visa to the American border: “Right now in the United States with President Joe Biden … everyone who goes to the United States has a condition of not being deported and that, then, is what benefited us and now all of us that were in South America and Venezuela and want a better quality of life … we can achieve that.”

With the American southern border in historic collapse amid record-smashing human flows from foreign nationals already, the Biden administration’s role in opening the superhighway qualifies as befuddling but not particularly surprising.

This article is republished from the Center for Immigration Studies, with permission.

Todd Bensman is a Texas-based senior national security fellow for the Center for Immigration Studies, a Washington D.C.-based research institute, and a writing fellow for the Middle East Forum. For nearly a decade, Bensman led counterterrorism-related intelligence efforts for the Texas Department of Public Safety’s Intelligence and Counterterrorism Division. Follow him on Twitter @BensmanTodd. Bensman worked for The Dallas Morning News, CBS, and Hearst Newspapers, covering the FBI, federal law enforcement and serving on investigative teams. He reported extensively on national security and border issues after 9/11 and worked from more than 25 countries in Latin America, the Middle East, and Africa. Bensman holds a master’s degree from the Naval Postgraduate School, a master’s degree from the University of Missouri School of Journalism, and a B.S. degree in journalism from Northern Arizona University. 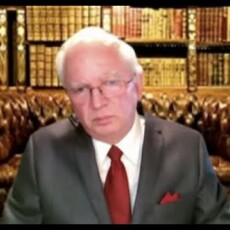 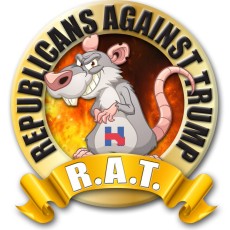